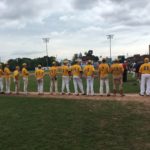 By BILLY HEYEN UTICA, N.Y. — Jason Bocklage tossed his bat to the side, then his helmet. Colin Smith chucked his helmet behind him, as well. The Rockland Pirates, just 60 feet, six inches away, piled atop each other near the pitcher’s mound. Minutes later, Rayson Miller posed for pictures with a runner-up trophy, with not many smiling faces in the shot. When Rockland got … END_OF_DOCUMENT_TOKEN_TO_BE_REPLACED 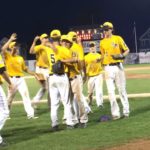 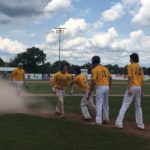 By BILLY HEYEN UTICA, N.Y. — Rayson Miller’s Sam Cestra lifted his leg for the 1-2 pitch and fired. Fastball, right over the plate, and right past a swinging bat and into Jourdan Plaisted’s glove. Plaisted pumped his fist in sync with his battery-mate. Rayson Miller had looked in control for five innings. Then in the sixth, it looked like a blown chance. Then in the top … END_OF_DOCUMENT_TOKEN_TO_BE_REPLACED 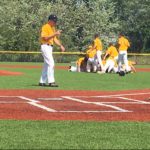 By BILLY HEYEN Mike Krzyzewski has been head coach at Duke since 1980. Jim Boeheim has been head coach at Syracuse since 1976. They’re two of the longest-tenured active coaches with one team in sports. Tom Sapienza, Rayson Miller’s head baseball coach, has them both beat. He began coaching Rayson Miller in 1974, making this his 45th year at the helm. Those two collegiate … END_OF_DOCUMENT_TOKEN_TO_BE_REPLACED