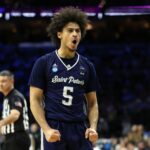 The St. Bonaventure men's basketball team named its captains for the upcoming 2022-23 season, the team announced on twitter. Guards Daryl Banks III and Moses Flowers, both redshirt juniors, have been tabbed as captains for the Bonnies this season. Banks transferred from Saint Peter's of the Metro Atlantic Athletic Conference, and Flowers transferred from Hartford of the … END_OF_DOCUMENT_TOKEN_TO_BE_REPLACED 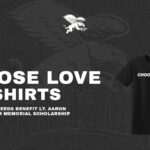 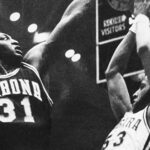 The Detroit Pistons announced on Monday that the team plans to honor former St. Bonaventure Bonnie the late Bob Lanier this season. Players on the Pistons will wear a "16" stripe, Lanier's number throughout his National Basketball Association career, on the the upper-right section of their jerseys throughout the 2022-23 campaign. Detroit will also host a Bob Lanier tribute … END_OF_DOCUMENT_TOKEN_TO_BE_REPLACED 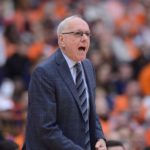 ROCHESTER, N.Y. – The Syracuse men’s and women’s basketball teams are hosting “Monroe Madness” in Rochester on Friday, Oct. 7, from 6:30-8:30 p.m. at The Blue Cross Arena at the Rochester War Memorial. The event, for Rochester area Syracuse fans, is presented in partnership with Pegula Sports and Entertainment and with Wegmans as the primary sponsor. “Many thanks to our … END_OF_DOCUMENT_TOKEN_TO_BE_REPLACED 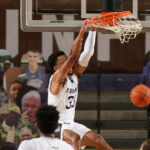 By Kevin L. Smith Former St. Bonaventure University men's basketball guard Jalen Adaway penned an Exhibit 10 deal with the NBA's San Antonio Spurs on Wednesday, according to ESPN NBA Insider and Bonnies alum Adrian Wojnarowski. According to a release on GoBonnies.com, an Exhibit 10 contract is a "single-season NBA deal that allows the franchise to convert the contract to … END_OF_DOCUMENT_TOKEN_TO_BE_REPLACED