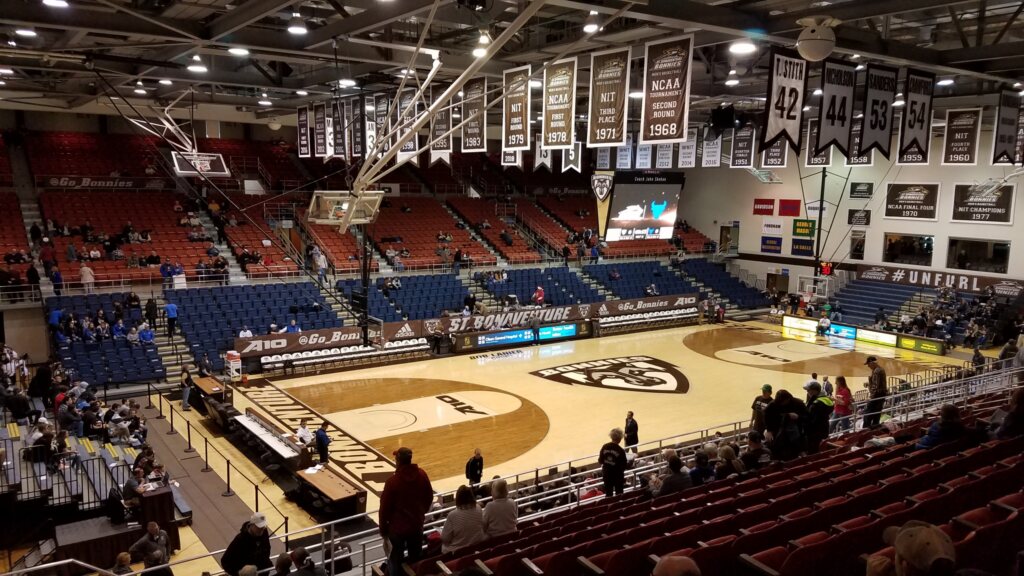 St. Bonaventure continues to add size to its 2022-23 roster, as 6-foot-11 Detroit Mercy transfer Noah Waterman committed to the Bonnies on Wednesday.

Waterman spent his freshman season at Niagara before transferring to Detroit and playing two seasons with the Titans. He averaged 9.6 points and 4.2 rebounds over the last two years, shooting 52.8 percent (38 of 72) from 3-point range in 2020-21. He made five 3-pointers in a game three times that season, including a 19-point performance against Northern Kentucky in the Horizon League quarterfinal.

Waterman, a teammate of former Bonnie Matt Johnson at Detroit, had a decorated high school career at Finger Lakes Christian School. He was named MVP of the Empire State Christian Athletic League in 2017 and 2018, averaging 33.9 points, 12.6 rebounds, 5.3 assists and 3.9 blocks in his senior season.