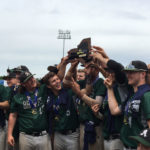 By BILLY HEYEN BINGHAMTON, N.Y. — An out away from a state title, Avon’s Peyton Parmeter fired a fastball on 1-1. It was hit and sent out toward center. Parmeter turned, watched and raised his arms to the air. After the game, Parmeter said that since he was younger, he’s been telling his dad he’d be a state champion. He’s a senior now. There wouldn’t be anymore opportunities … END_OF_DOCUMENT_TOKEN_TO_BE_REPLACED 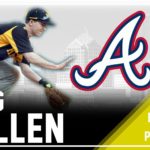 By BILLY HEYEN ROCHESTER, N.Y. — Niagara baseball coach Rob McCoy knew that he’d only have Greg Cullen for three years the moment the Penfield-native stepped on campus as a freshman. Wednesday, when Cullen was selected in the 15th round of the MLB Draft, McCoy was proven correct. “My assistant and I, he and I talk all the time about trying to get players that years down … END_OF_DOCUMENT_TOKEN_TO_BE_REPLACED 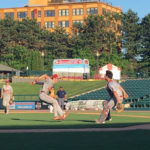 By BILLY HEYEN ROCHESTER, N.Y. — Dale Werth strolled to the Frontier Field mound for his second visit in the bottom of the sixth. The Canandaigua head coach had a guy warming up in the bullpen ready to go. He looked that way. Then he turned toward center field. Werth waved in his centerfielder, Michael Sculli, to try and close it out. Two runners were on and two batters … END_OF_DOCUMENT_TOKEN_TO_BE_REPLACED 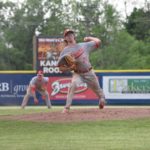 By BILLY HEYEN NEWARK, N.Y. – Michael Sculli pulled a rocket into the right-center gap. It drove in Canandaigua’s fourth and final run. Sculli was thinking triple all the way. It didn’t matter to Sculli that he’d already thrown six one-hit innings and himself outhit Brockport, 3-1. It didn’t matter to Sculli that the run he’d just driven in gave his team a … END_OF_DOCUMENT_TOKEN_TO_BE_REPLACED 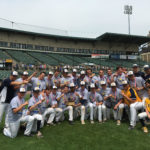 By BILLY HEYEN ROCHESTER, N.Y. — Victor head coach Sean Rucker said he gave his three hitter Chris Varone the red light on 3-0. Varone said he had the green light for the second time, after a 3-0 base hit he had earlier in the ball game. “He did not,” Rucker said. “He had the green light his first hit on 3-0. That one he didn’t.” “He gave me a green light again,” Varone … END_OF_DOCUMENT_TOKEN_TO_BE_REPLACED