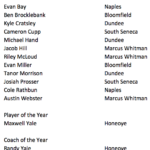 Maxwell Yale of Honeoye claimed Player of the Year honors. Yale finished the season with a .452 batting average, 12 doubles, three triples and a home run, driving in 19 runs and scoring 48 runs. He also stole 23 bases during the season. Yale was joined on the first team by teammates Brett Higley,  Tyler Rudolph and Jon Vieira. Higley had a .606 average with 14 doubles, … END_OF_DOCUMENT_TOKEN_TO_BE_REPLACED 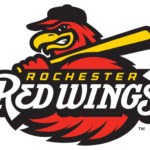 Courtesy of RedWingsBaseball.com The All-Star break is here and it couldn't have come at a better time for the Red Wings. On Sunday, the Wings fell in walk-off fashion, 7-6, for the third straight day to the first-place Lehigh Valley IronPigs who extended their lead over the Red Wings to 9.5 games. The Wings (41-44) have now lost four in a row and in all four … END_OF_DOCUMENT_TOKEN_TO_BE_REPLACED 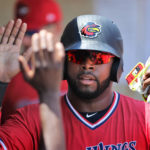 Courtesy of RedWingsBaseball.com For the second consecutive night, the Red Wings fell in walk-off fashion. On Saturday, Logan Moore lifted a fly ball to deep left field with the bases loaded and no outs in the 11th inning to plate the winning run in a 4-3 IronPigs win at Coca-Cola Park in Allentown, PA. The Wings (41-43) failed to score in both extra frames … END_OF_DOCUMENT_TOKEN_TO_BE_REPLACED

By PAUL GOTHAM ROCHESTER, N.Y. -- If ever the Rochester Red Wings needed an offensive micro-burst, Sunday afternoon was the time. Hours after squandering an otherwise solid pitching performance from Saturday starter Aaron Slegers, Rochester put crooked numbers on the board in three different innings. Something the Wings had not done in any single inning during their previous … END_OF_DOCUMENT_TOKEN_TO_BE_REPLACED 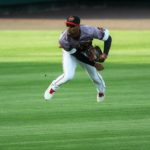 By KEVIN OKLOBZIJA Ask anyone who has played Texas Hold 'Em: they've all had a hand that couldn't lose — and they lost. Bad beats, they're called. You're dealt pocket kings, two queens show up on the flop and a king comes out on the river. The full house has serious power. Until the player sitting across the table flips the other two queens. Sometimes the odds are … END_OF_DOCUMENT_TOKEN_TO_BE_REPLACED