No. 3 Brockport marches past Framingham, into next round 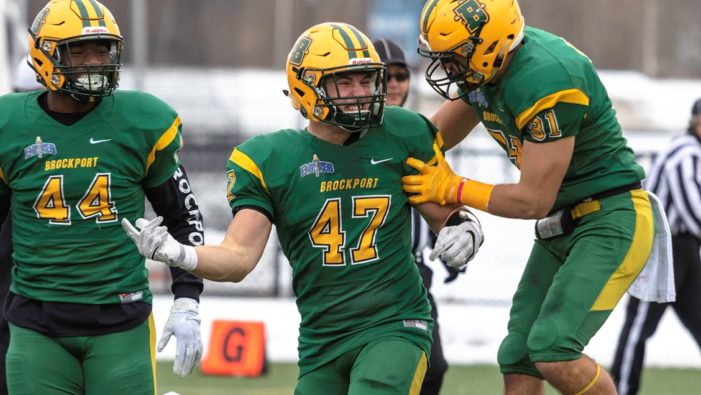 After the break, the Green and Gold would see their counterparts sneak onto the board, but Brockport fought to provide the answer.

Led by quarterback Joe Germinerio, the Golden Eagles made quick work of their opponents, with a very productive day offensively.

After falling behind 14-0 late in the second quarter, Fisher strung together an 11-play, 52-yard scoring drive capped off by a three-yard pass from Joshua Michels (Brockport) to Cam Cleveland (East Rochester) to make it a one-score game with just 12 seconds left in the opening half.

On the ground, Malachi Duvall (Webster Schroeder) led the charge with 44 yards while Cleveland had three rushes for 17 yards and a touchdown.

Courtesy of athletics.SJFC.edu PITTSFORD, N.Y. – The St. John Fisher College football team nearly erased a 14-point deficit in the second half on Saturday afternoon before falling to nationally-ranked Ithaca College, 21-14, at Growney Stadium.  Fisher, which celebrated Homecoming, fell to 0-2 on the season while the Bombers, who are ranked 25th in the latest D3football.com national […]

Courtesy of goBrockport.com BROCKPORT, N.Y. – The No. 4 College at Brockport football team dazzled in front of a packed Homecoming crowd on Saturday, taking care of business against Saint Lawrence University, posting a strong 65-12 win. The Golden Eagles remain unbeaten in 2018, improving to 3-0 while the Saints fall to 1-2 to start their […]

Earle Bruce, the man who succeeded his coach and mentor, Woody Hayes, as head coach of the Ohio State Buckeyes in 1979 and led the team to four Big Ten Conference championships and to an 81-26-1 record, died early Friday morning at home, in Powell, Ohio. He turned 87 on March 8, and he watched his last Ohio State practice on that day as well… 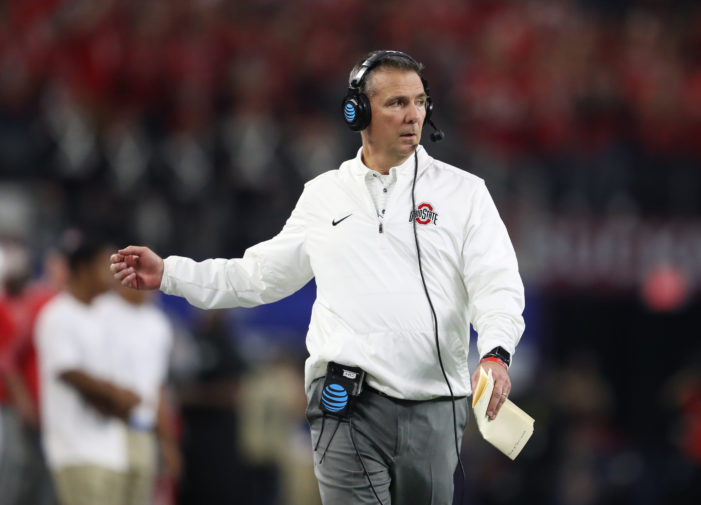 Meyer completed his sixth season as head coach in 2017. His Ohio State teams are 73-8, including a 47-3 record in the Big Ten Conference with six consecutive divisional championships and two Big Ten championships. The 47 conference victories have moved Ohio State into the all-time lead in the Big Ten with 504 conference victories and with a winning percentage of .720 (504-124-4)…