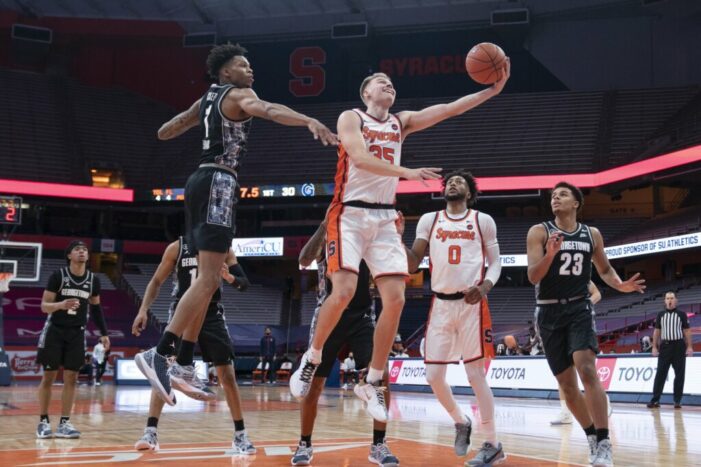 Boeheim’s 26 points led Syracuse’s offense and also put him over 1,000 for his career. He is the 64th player in program history to reach the 1,000-point mark. Boeheim knocked down six of 13 threes in the contest. 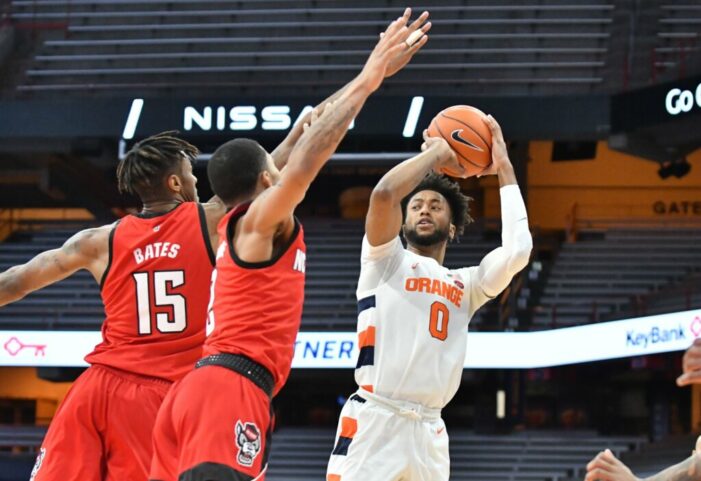 In a game with serious bubble implications, Georgia Tech controlled the beginning and end of the game, which led to an 84-77 victory for the Yellow Jackets. 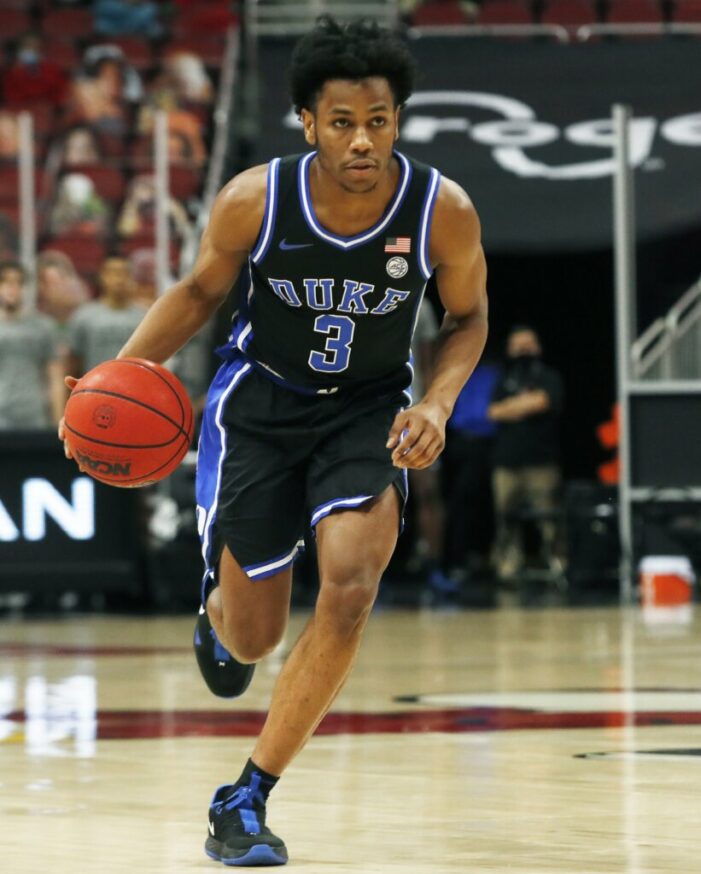 The Blue Devils shot the three at a scorching 58.8 percent (10-for-17) clip in the first half. Jeremy Roach and DJ Steward combined to make seven of those triples, with all of them coming from above the foul line extended.

After taking the nine-point advantage, Syracuse’s lead got to three on two occasions, but NC State never got closer. Once the Wolfpack made it a 67-64 game with 4:46 left, the Orange went on an 8-0 run to create an 11-point cushion, its largest of the game. 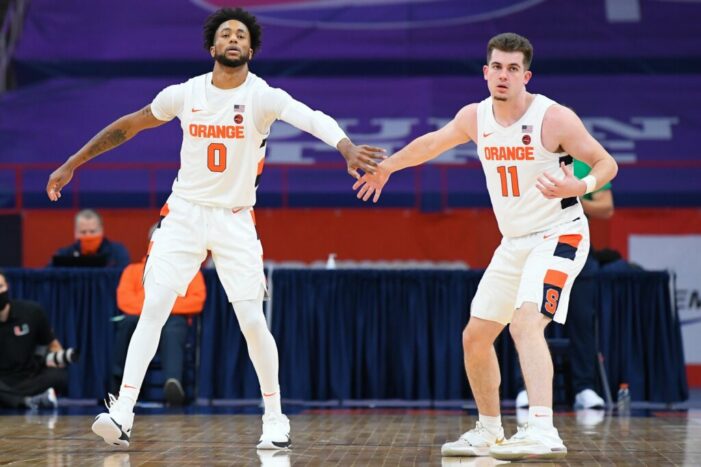 Nick Honor and Aamir Simms did most of the early damage for Clemson. Honor scored 12 points on four made triples, while Sims posted 13 points and seven rebounds in the half, both of which were higher than his season average. 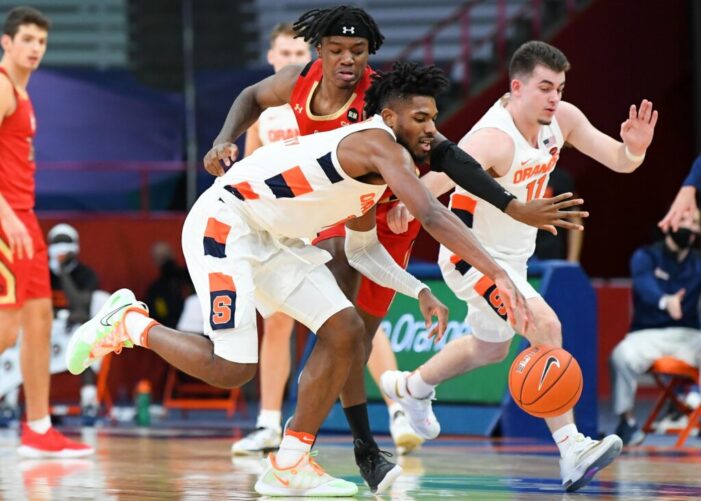 By PAUL CIFONELLI Syracuse’s game that was scheduled for tonight against Louisville has been postponed due to a positive test and contact tracing within Louisville’s program. As of now, there isn’t a make up date in mind. This is the fourth game the Orange have had postponed due to COVID-19 protocols this season. The program […]

A pair of free throws from Alan Griffin with five seconds left helped to secure the Syracuse win, as the Orange led by one before the shots after Thomas Allen sank three free throws of his own for the Wolfpack. Allen got the shots after Quincy Guerrier committed his fifth foul on an attempted three. 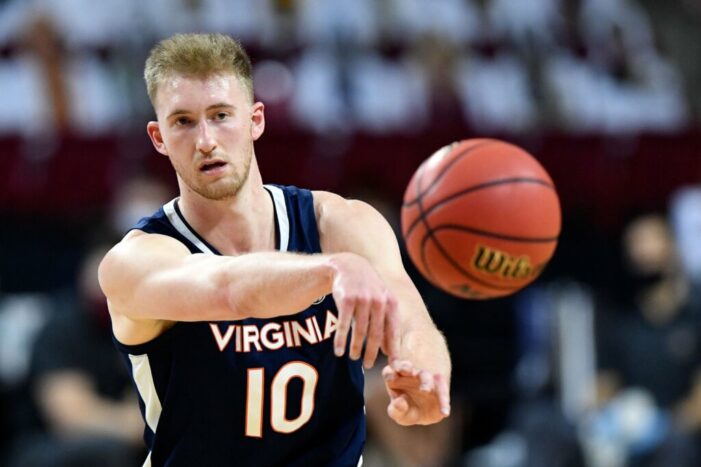 The Cavaliers were at their smothering best, holding Syracuse to 37.3 percent (22-for-59) shooting from the floor. The Orange were also a paltry 20.8 percent (5-for-24) from deep.

Syracuse shuts down No. 16 Virginia Tech, moves to 9-4 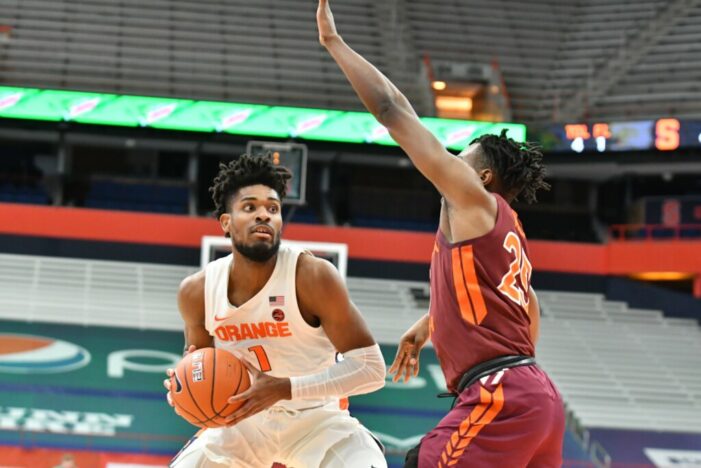 Quincy Guerrier scored 11 of his team-high 20 points for Syracuse in that final stretch. The 6-foot-7 forward came one rebound shy of a double-double. Kadary Richmond contributed nine of the Orange’s final 11 points, the last of which gave Syracuse a 25-point lead.

Syracuse went on a 22-8 run from that 9:26 point in the first half, which gave the Orange a 36-22 halftime lead. Joe Girard III led the way on the run with eight points, but Kadary Richmond, Jesse Edwards, Buddy Boeheim and Quincy Guerrier also scored for the Orange in the stretch….