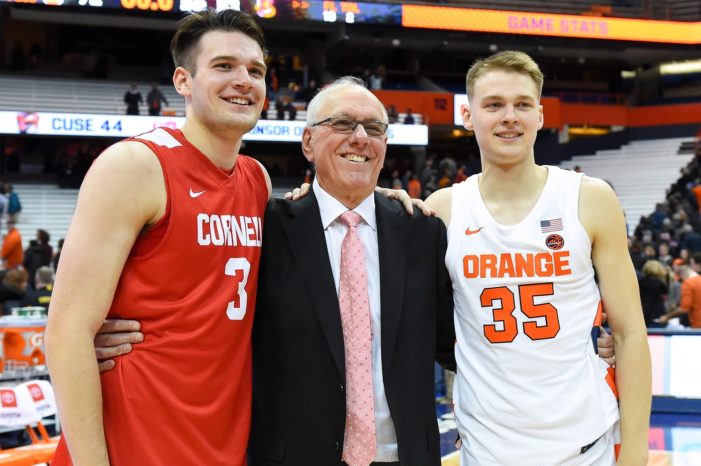 Jimmy Boeheim went through the postgame handshake line and hugged his father, Jim, and his younger brother, Buddy. The smiles on the two Syracuse faces were just a bit bigger. Jimmy had done everything he could to try and spring a massive upset, but his younger brother had done enough to foil it…

Buddy, Jimmy Boeheim will start opposite each other in Syracuse-Cornell 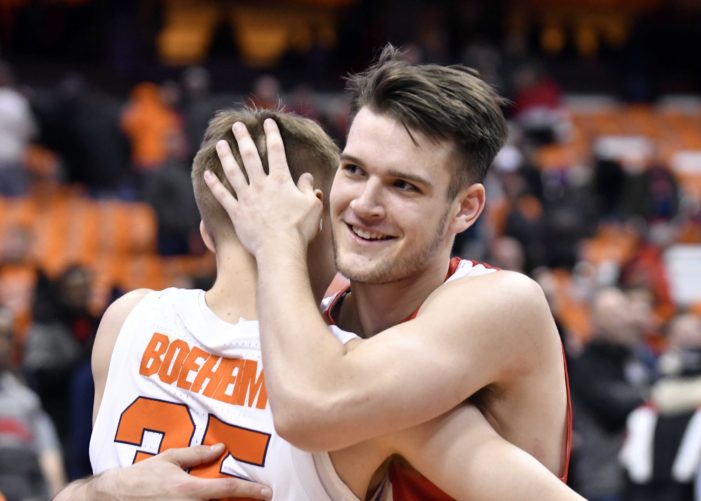 Buddy and Jim Boeheim will lead Syracuse against Jimmy Boeheim and Cornell on Wednesday in the Carrier Dome. 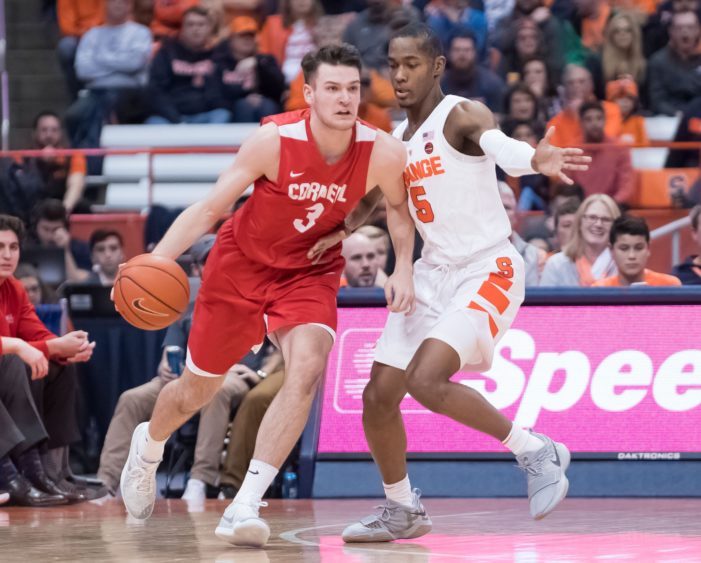 Syracuse and Cornell play Wednesday night in the Carrier Dome as Jim and Buddy Boeheim face off with Jimmy Boeheim.

When Will The Ivy League Produce Another NBA Talent? Part II

On the whole, the Ivy League can still compete with the nation’s best teams, but probably not on a consistently high level. It’s been over a decade since one of the Ancient Eight have won a first round tournament game.

When Will The Ivy League Produce Another NBA Talent? Part I

I thought of perhaps the greatest backcourt in Ivy League history, the University of Pennsylvania’s Jerome Allen and Matt Maloney. NBA fans remember Matt Maloney more than Allen because of his performances with the Houston Rockets in the late-1990s where he started all 82 games his rookie year.