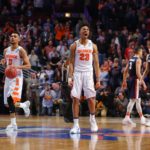 By BILLY HEYEN Syracuse basketball's last decade has featured two Final Fours, historic comebacks and legendary shots. There've been many more than 12 players who've had influence on games in the Carrier Dome and across the country. But the next step in this 'Syracuse Basketball Decade In Review' is to pick an All-Decade Team, and for that, it gets narrowed down to 12. I … END_OF_DOCUMENT_TOKEN_TO_BE_REPLACED 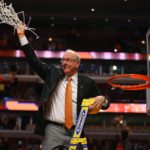 By BILLY HEYEN As the 2010s come to a close, Jim Boeheim and his 2-3 zone remain the constants in Syracuse basketball. There's been plenty of excitement and change, too, and this "Syracuse Basketball Decade In Review" will take a look back at all the teams, players and games worth remembering from the past 10 years. The first installment of the series will rank the 10 teams … END_OF_DOCUMENT_TOKEN_TO_BE_REPLACED

By Paul Gotham Few have suggested that Jim Boeheim is an innovative mathematician. But after watching the 2009-10 version of the Syracuse Orange,  it is hard to ignore that the hall-of-fame coach has developed some new theories of mathematics. Boeheim watched as his three leading scorers, Eric Devendorf, Jonny Flynn and Paul Harris, left the Orange program soon after … END_OF_DOCUMENT_TOKEN_TO_BE_REPLACED

By Paul Gotham Setting: It's a Big East battle at the Carrier Dome as Buzz Williams brings his Marquette Golden Eagles (11-7/2-4) to Upstate New York for a tilt with Jim Boeheim and his No. 5 Syracuse Orange (18-1/5-1). Plot: Marquette opens play Saturday four games off the pace in Big East conference play. Syracuse is tied for second with Pittsburgh one game behind … END_OF_DOCUMENT_TOKEN_TO_BE_REPLACED