No. 9 RUSH-HENRIETTA (10-12) 2
No. 1 WEBSTER SCHROEDER (14-2) 4
After allowing a run in the second inning, Michael Salina settled in and retired nine of 12 starting with a double play in the third inning and extending  to the sixth with a pair of sliding catches in the outfield by teammates Zach Hosmer and Alex Simons.READ MORE.

No. 5 FAIRPORT (10-9) 2
No. 4 HILTON (12-7) 3
Sophomore James Capellupo hurled a complete game, and Hilton advanced to the Class AA semifinals where they will take on top-seeded Webster Schroeder. READ MORE.

No. 10 GATES-CHILI (8-13) 0
No. 2 PENFIELD (18-3) 6
Gage Ziehl twirled a no-hitter on 102 pitches and accumulated 15 strikeouts to lead Penfield to the sectional semifinals. The senior pitcher’s only baserunners were a pair of walks and an error. Ziehl accrued streaks of six and seven consecutive batters retired, respectively. The senior right-hander’s six other outs were three on the ground, two via pickoff and a line out. Ziehl threw 70.6 percent of his pitches for strikes as well. Thomas DiFranco led the offense with a two-run single in the sixth inning. Peyton Pace singled twice, including one to score the first run of the game in the third. Dominick Porto and Robert Wing both added a hit and an RBI. Porto’s hit was an RBI double while Wing’s base knock was a run-scoring single. Penfield advances to the semifinals to take on No. 3 seed McQuaid.

No. 7 BROCKPORT (12-9) 1
No. 2 IRONDEQUOIT (16-3) 7
Nicholas Calarco went the distance, allowing just one run on six hits and striking out three, while recording two hits at the plate to lead the second-seeded Eagles (16-3) to a 7-1 home victory. Irondequoit will host No. 3 seed Greece Athena in Friday’s semifinal round. READ MORE.

No. 6 PITTSFORD MENDON (11-7) 4
No. 3 GREECE ATHENA (16-4) 10
Jaden Madrid had just laid down a perfect one-out bunt for a single in the bottom of the sixth inning and now was doing a little dancing off first base, trying to create a distraction and/or lure a throw. Third-seeded Greece Athena had already scored once in the inning, extending its lead to 7-4 over Pittsford Mendon, and Madrid and the Trojans were looking for more. READ MORE.

No. 13 SPENCERPORT (7-14) 9
No. 12 BRIGHTON (5-12) 7
After rallying to beat fourth-seeded Pittsford Sutherland on Monday in the top of the seventh inning of the Class A Sectional pre-quarters, Spencerport rallied again Wednesday to beat 12th ranked Brighton, 9-7 and earn a spot in Friday’s semifinals. READ MORE.

No. 8 GENEVA (11-5) 3
No. 1 WEBSTER THOMAS (16-4) 9
A three-run third inning proved to be the difference. Trailing 2-1, the Titans sent eight to the plate to take a lead they did not surrender. Max Heil’s two-run double provided the go-ahead runs as Thomas advanced to meet No. 13 Spencerport in Friday’s semi-final.READ MORE.

No. 8 WATERLOO (7-11) 6
No. 1 PALMYRA-MACEDON (14-2) 7
Alexander Wootton only needed one hit to drive in three runs as Palmyra-Macedon rallied to score four runs in the seventh inning to win in walk-off fashion. Wootton’s lone hit was a double and crossed the plate twice. Christopher Finocchario, Jr. followed up with a pair of singles and two RBI. Finocchario, Jr. had five strikeouts in 5 1/3 innings of relief as well. Ian Goodness contributed with two hits, an RBI and a run scored. Paul Goodness singled, drew a walk, drove in a run and crossed the plate once. Palmyra-Macedon advances to the semifinals to take on No. 4 seed Livonia.

No. 5 NEWARK (10-6) 0
No. 4 LIVONIA (12-3) 3
Alexander Minnehan spun a complete game shutout and racked up nine strikeouts to guide Livonia back to the sectional semifinals. Shawn Minnehan led the offense with a two-run single in the third inning among his two hits. Livonia advances to the semifinals to take on top-seeded Palmyra-Macedon.

No. 6 WAYNE (11-7) 1
No. 3 AQUINAS (15-4) 11
Robert McCullough and Will Scanlon both drove in two runs to pace Aquinas in a quarterfinals win. Scanlon doubled, singled, sacrificed himself on a bunt and crossed the plate once. McCullough hit a two-run double in the fifth for a commanding 6-0 advantage. CJ Mangone contributed with a double, single, walk and two runs scored. Tyler Szalkowski tossed a complete game on 93 pitches and compiled 11 strikeouts. The senior pitcher only allowed two hits, one walk and an unearned run in the final frame. Szalkowski retired the first nine batters he faced and seven straight after an error. For Wayne, Joshua Armstrong singled and scored the team’s lone run. Aquinas advances to the semifinals to take on No. 2 seed Hornell.

No. 7 MYNDERSE (6-10) 5
No. 2 WELLSVILLE (9-4) 6
Brayden Delahunt mashed a three-run homer in the seventh inning as Wellsville rallied to score four runs and win via walk-off. Cody Costello had two hits and an RBI. Alex Green collected a hit, walk, RBI and run scored. Liam McKinley and Alex Ordiway both crossed the plate twice. Logan Dunbar compiled five strikeouts in three frames on the mound. For Mynderse, Thomas Santana led with a trio of base knocks, a pair of base knocks and a run scored. Brody Herron and Will Korzeniewski both chipped in a hit and plated a run. Jared King accumulated 12 strikeouts in six innings of three-hit ball. Wellsville advances to the semifinals to take on the winner of Bath-Haverling/Williamson.

No. 6 EAST ROCHESTER (9-8) 4
No. 3 AVON (12-4) 18
Jacob Jones ignited Avon’s offense with five RBI and three base knocks as the Braves combined for 11 runs in the third and fourth innings. Andrew Rowland and Holden Volpe both collected three hits and three runs scored. Michael Rowland chipped in a pair of hits and crossed the plate three times. Avon advances to the semifinals to take on No. 2 seed Red Jacket.

No. 8 ALEXANDER (8-9) 7
No. 1 GANANDA (16-3) 8
Samuel O’Neil came in relief with the bases loaded and recorded the final two outs of the game to secure the victory for Gananda. After Alexander scored two runs in the seventh inning in an attempt to rally from an 8-3 deficit, O’Neil took the mound and slammed the door with a strikeout and a pop up. Andrew Gleason and Patrick Walsh both led the offense with a pair of base knocks and two RBI. Walsh hit two RBI singles – one in the first and another in the fourth. The senior infielder drew a walk and scored two runs as well. Gleason collected an RBI single and a run-scoring double. O’Neil doubled twice, including one to score a run, walked and crossed the plate three times. Shane Pickering added a run-scoring single of his own. Lucas Ciprich whiffed seven batters in 6 1/3 frames. For Alexander, Jacob Laney led with a trio of doubles, including two to score a run apiece. Maverick Bump doubled in a run in the fourth and drew a bases-loaded walk in the seventh. Ben Merrill and Joshua Merrill both chipped in a hit and an RBI. Gananda advances to the semifinals to take on No. 5 seed Addison.

No. 5 ADDISON (11-2) 9
No. 4 SODUS (11-6) 1
For Sodus, Donovan Fillmore and Trent Orrange Paton accounted for the team’s lone hits. Paton scored the Spartans’ only run as well. Addison advances to the semifinals to take on top-seeded Gananda.

No. 12 LETCHWORTH (5-11) 1
No. 4 BOLIVAR-RICHBURG (13-4) 8
Trey Buchholz and Brayden Ellis both only needed one hit and a walk to drive in a pair of runs as Bolivar-Richburg scored all eight runs in the first four innings to cruise to the semifinals. Buchholz legged out a two-run double in the fourth. Ellis drew a bases-loaded walk in the opening frame and lifted a sacrifice fly in the fourth. Buchholz scored a run as well. Logan Bess added an RBI single. For Letchworth, Nick Thompson accounted for the team’s lone run with a sacrifice fly to score Johnny Mertsock in the third. Bolivar-Richburg advances to the semifinals to take on the winner of Campbell-Savona/Oakfield-Alabama.

No. 6 NAPLES (9-8) 4
No. 3 YORK (11-5) 6
Greg Jaroszek and James Kennedy IV both recorded a pair of RBI as York held on for the quarterfinals win. Kennedy doubled among his two hits and drew a walk. Jaroszek had a base knock. David Cuozzo and Maddox Timothy both went 1-of-3 at the dish with an RBI. Cuozzo was hit by a pitch and swiped two bags. Cuozzo fanned six batters in six innings on the mound as well. Timothy drew a walk. For Naples, Charlie Grove and Owen Hulbert both drove in a run. Adam Bay had a pair of hits. York advances to the semifinals to take on No. 7 seed Harley-Allendale-Columbia.

Quote from York head coach Edward Green: “We played another good game of baseball tonight. David Cuozzo was solid all night on the mound and our offense was able to put some runs on the board early. Naples is a good team, but we were able to meet their challenge tonight. On to Friday.”

No. 15 GENESEO (3-11) 7
No. 7 HARLEY-ALLENDALE-COLUMBIA (9-6-1) 8
Ben Friedberg hit a go-ahead, two-run single in the fifth inning to lift Harley-Allendale-Columbia to the semifinals in a back-and-forth affair. After Geneseo rallied from a 5-2 deficit with five runs in the top of the frame, the Wolves responded with three runs in the bottom of the inning. Asose Kelley drew a bases-loaded walk and Friedberg cashed in with the go-ahead single. Jack Wheeler had five strikeouts in five innings to earn the victory. Jose Marrero pitched two scoreless frames of relief to lock down the save. Harley-Allendale-Columbia advances to the semifinals to take on No. 3 seed York.

No. 6 ELBA (4-9) 1
No. 3 FRIENDSHIP/SCIO (10-3) 3
Cory Bolzan hit a go-ahead double in the sixth inning as Friendship/Scio scored two runs in the frame to eke out a quarterfinals victory. After Elba knotted the game at one apiece in the top of the inning, Ian Romero ignited the rally with a one-out single. Then, on the second pitch of the at-bat, Bolzan cashed in with the double. Cam Loucks added much-needed insurance with an RBI single to score Bolzan. Loucks retired the side in the seventh to secure the complete game win. The senior pitcher only needed 74 pitches and five strikeouts to go the distance. Loucks retired seven straight hitters after giving up a hit by pitch. For Elba, Connor Scott tied the game with an RBI double to score Caden Muehlig for the team’s lone base knock. Friendship/Scio advances to the semifinals to take on No. 2 seed Northstar Christian.

No. 8 HINSDALE (3-10) 1
No. 1 AVOCA/PRATTSBURGH (14-1) 18
Pacey Hopkins led three players who drove in multiple runs with three RBI to pace Avoca/Prattsburgh into the semifinals. Hopkins hit a pair of RBI doubles and was hit by a pitch with the bases loaded to score a run. Hopkins crossed the plate twice as well. Evan Campbell and Jamel Crowder both followed up by driving in two runs apiece on a groundout and a single. Henry DeVoe hustled for an RBI triple and crossed the plate three times. With the win, Avoca/Prattsburgh head coach Dennis Miles earned the 748th victory of his career. Miles is second all-time in coaching wins in New York State behind Craig Phillips of Fort Plain (II), who has accrued over 800 victories. Avoca/Prattsburgh advances to the semifinals to take on the winner of Belfast/Jasper-Troupsburg. 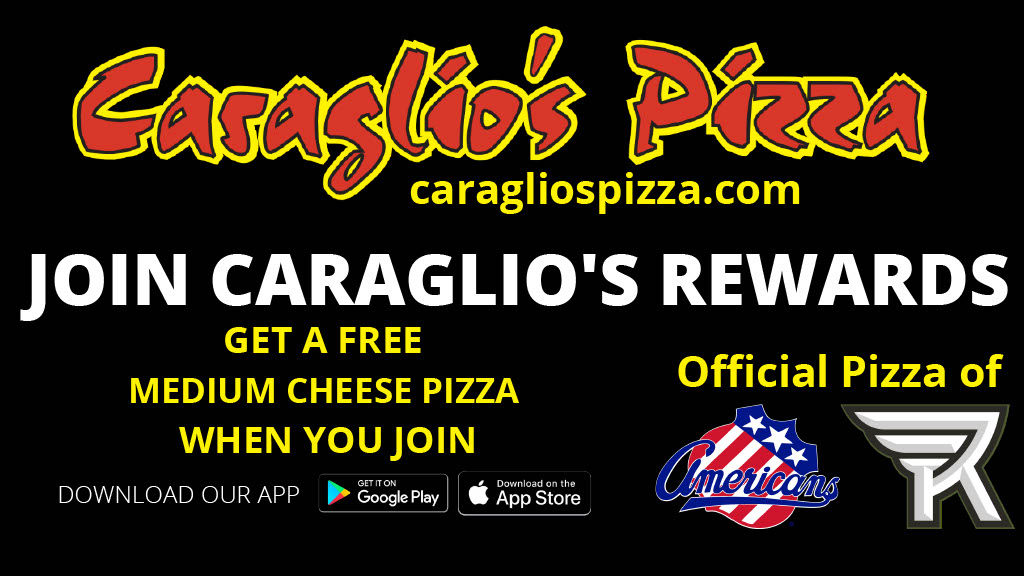