The two-time class AA sectional champions are riding into the postseason with momentum. After three wins last week to close the regular season, McQuaid is on a five-game win streak with a 13-7 record. On Tuesday night, the Knights dismantled Franklin, 85-56, to sweep the regular season series with their division foes. McQuaid continued by defending home court against Aquinas and avenging a loss back in late December. Finally, Jack Leasure’s squad capped off the 2019-20 campaign with a 69-47 road victory at Edison Tech, Saturday afternoon.

During the five-game streak, the Knights are scoring 74.2 points while holding opponents to 59.2. The senior duo of Kobe Long and Jermaine Taggart, McQuaid’s leading scorers this season at 24.0 and 21.3 points per game, respectively, have remained consistent putting the ball in the basket as well. Long is averaging 21.2 points in his last five appearances while Taggart has been pitching in 19.6. The Knights have won 11 of their last 12 games after a 2-6 start to the year as well.

MARQUEE MATCHUPS OF THE WEEK

Here are some matchups to watch out for with the 2019-20 regular season concluding on Thursday:

Livonia (12-7) vs. Avon (14-4) – Livonia is looking to close out the regular season with its fourth straight win. The Bulldogs are averaging 74.7 points and holding opponents to 46.0 over their last three games. Avon has won five straight – two of which have come against Letchworth – and are scoring 66.4 points while allowing 47.6 in that span. Game is scheduled for Wednesday night at 7 p.m. at Avon High School.

UPrep (13-4) vs. Aquinas (10-8) – UPrep has benefited from a lot of rest late in the regular season. After losing to Saint Joe’s Collegiate Institute (VI) on January 27th, the Griffins had two weeks off in between games. Now, Demond Stewart’s squad has reeled off back-to-back double-digit victories over Eugenio Maria and Edison Tech. Aquinas is looking to snap a three-game skid. UPrep defeated Aquinas, 78-67, at Roberts Wesleyan College back on December 18th. Game is scheduled for Wednesday evening at 6:15 p.m. at the Aquinas Institute.

Waterloo currently sits as the No. 2 seed in Class B1 behind Geneva. pic.twitter.com/AbtyVKRaOu 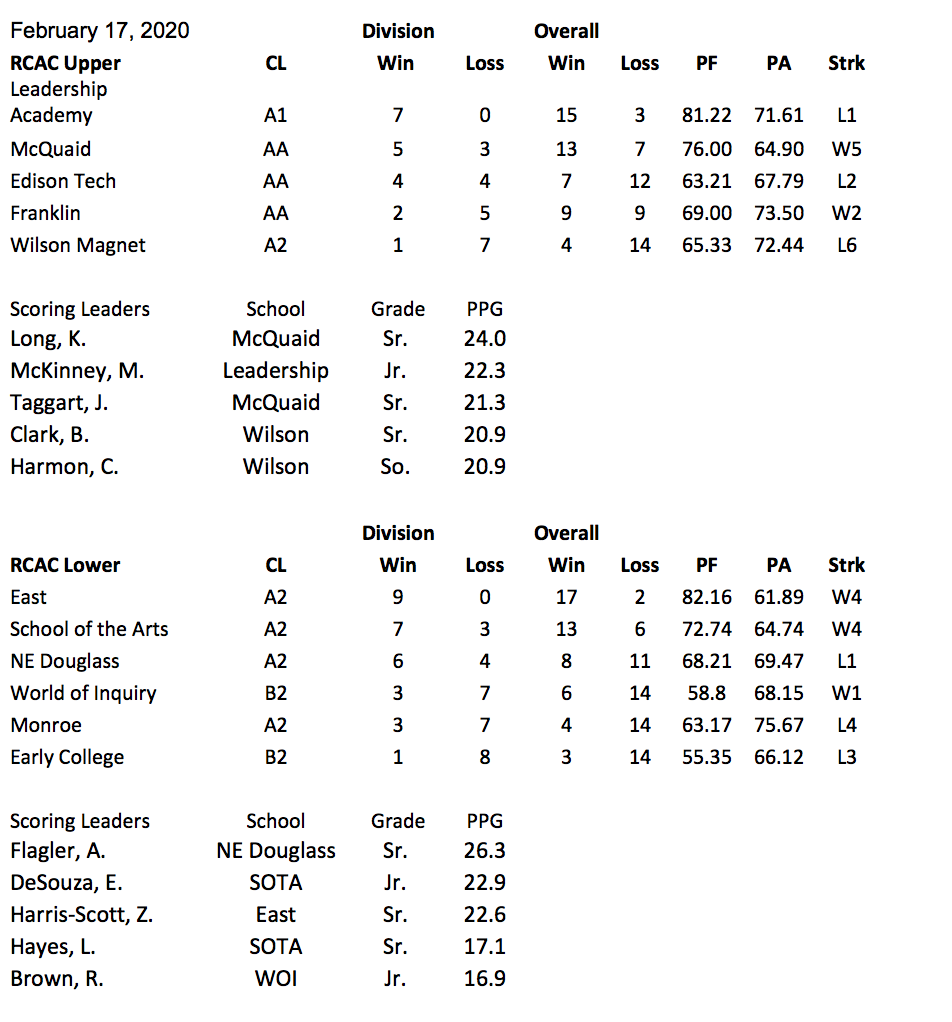 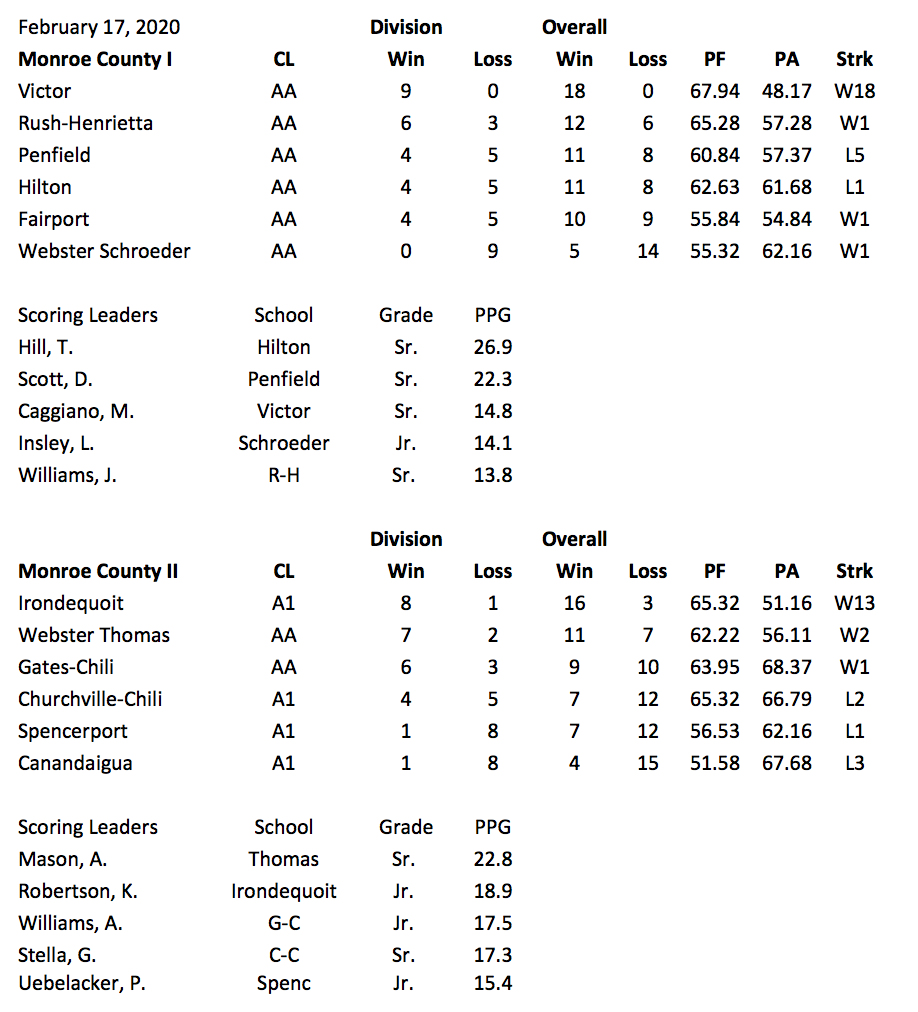 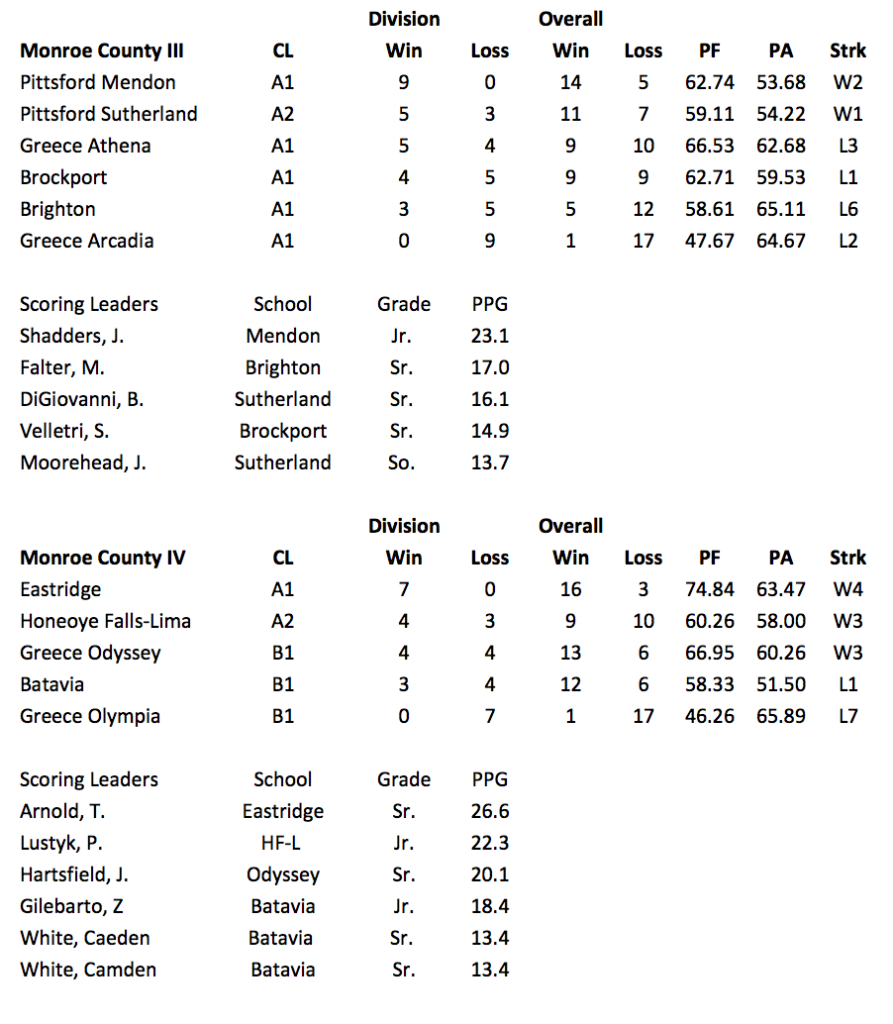 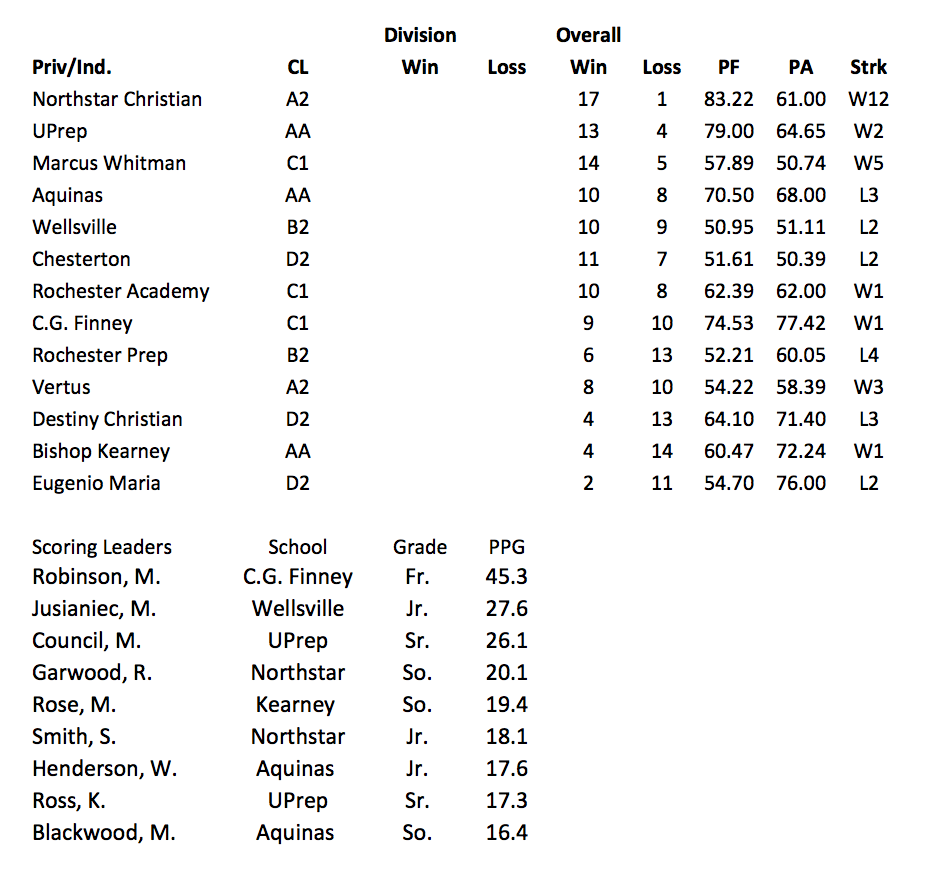 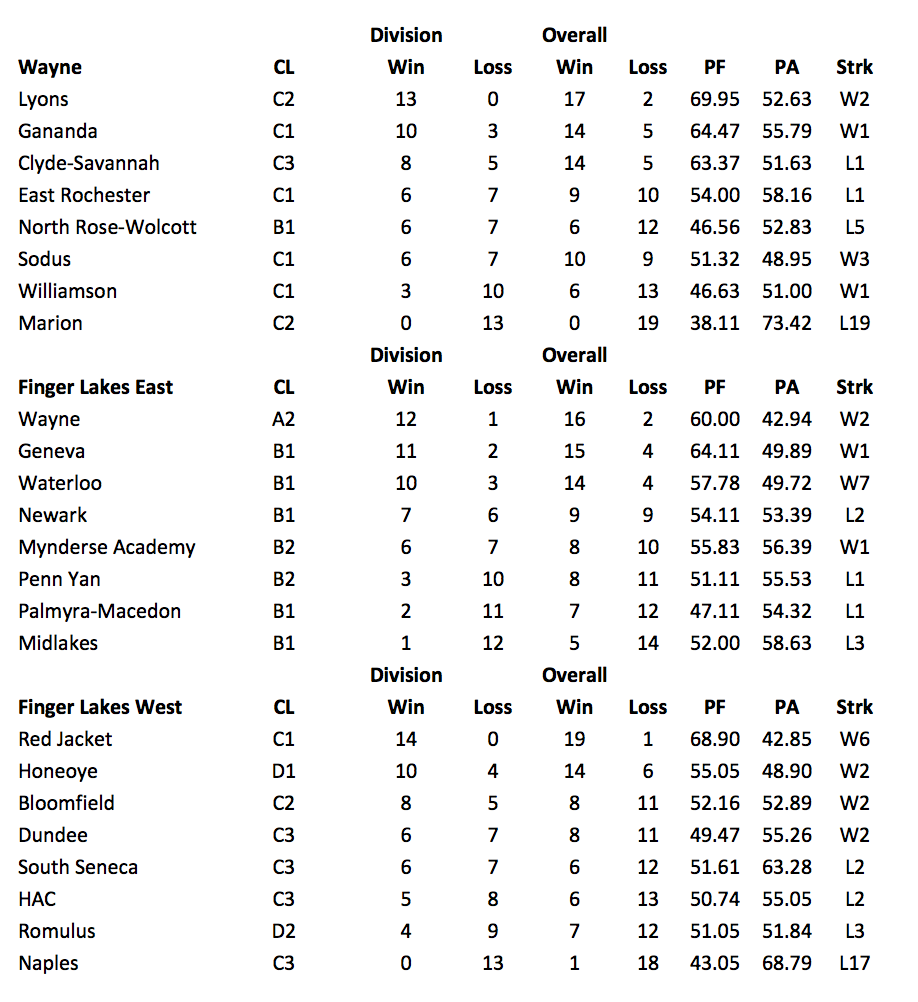 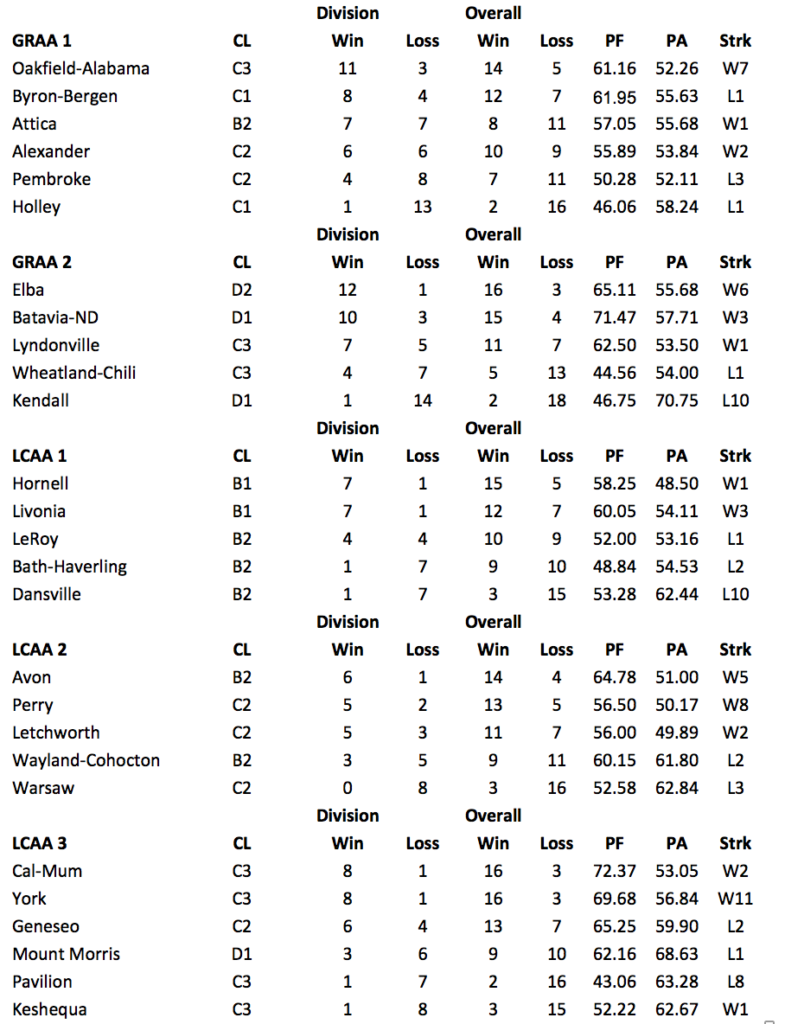 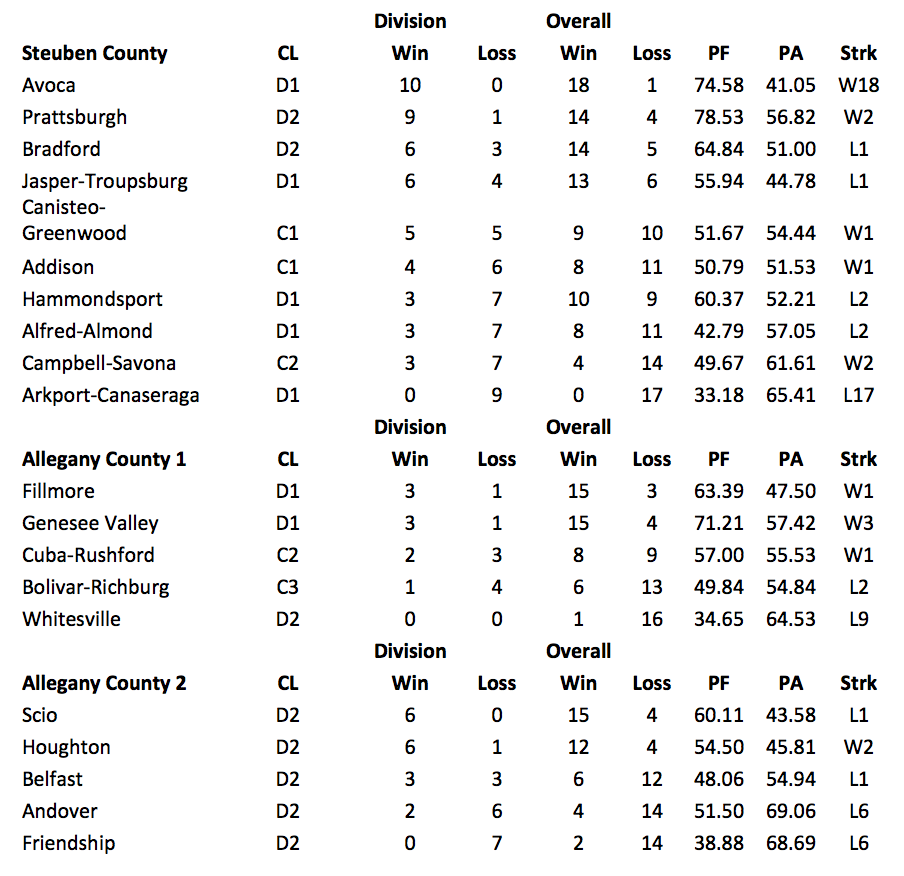 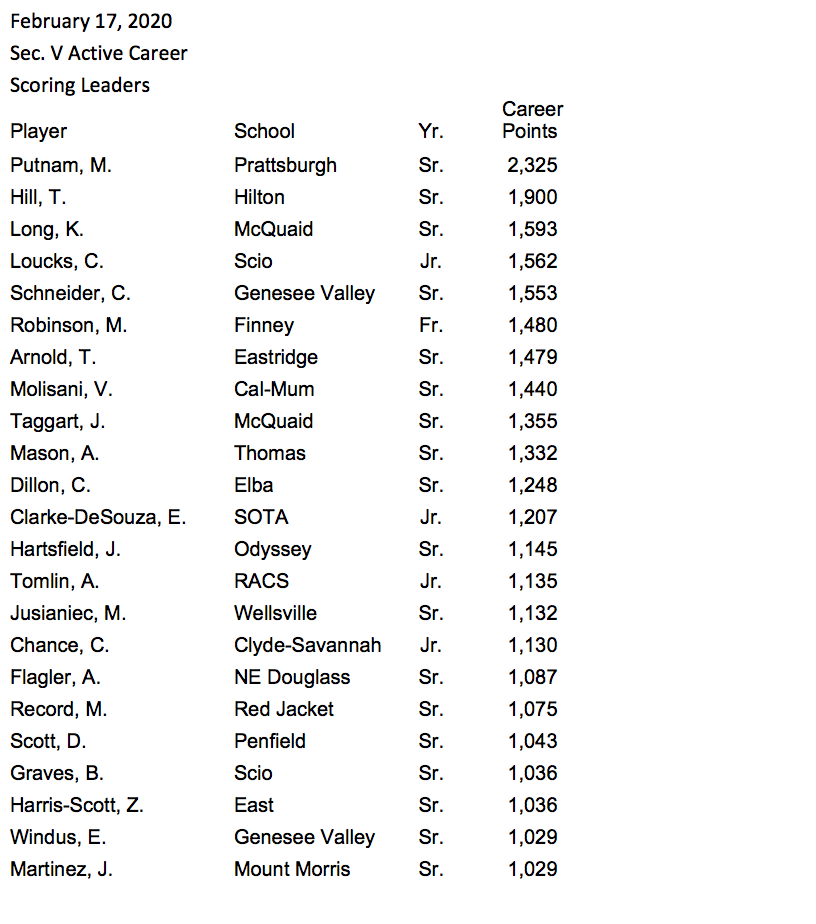