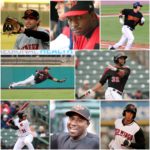 By BILLY HEYEN, CHUCKIE MAGGIO and KEVIN OKLOBZIJA The left-center fence at Frontier Field features three prominent words: "Twins of tomorrow." Since the Minnesota Twins became the Rochester Red Wings' parent club in 2003, many talented players have played in front of those three words. Normally this spring, you'd be reading about the next batch of rising stars playing at One … END_OF_DOCUMENT_TOKEN_TO_BE_REPLACED 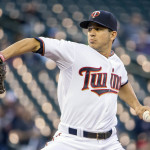 Courtesy of RedWingsBaseball.com ROCHESTER, NY – Rochester Red Wings left-handed pitcher Tommy Milone has been named International League Pitcher of the Week, it was announced by the league office Monday. Milone was spectacular in his lone start of the week on Wednesday against the Toledo Mud Hens, firing 8.0 shutout innings while allowing three hits, all singles, … END_OF_DOCUMENT_TOKEN_TO_BE_REPLACED 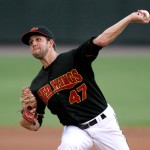 Courtesy of RedWingsBaseball.com ROCHESTER, NY – Rochester Red Wings left-handed pitcher Pat Dean has been named International League Pitcher of the Week, it was announced by the league office Monday. This week left-hander Pat Dean made his first two starts at the Triple-A level since 2013. He combined to toss 12.0 innings of one-run, six-hit baseball while accumulating … END_OF_DOCUMENT_TOKEN_TO_BE_REPLACED 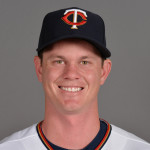 Courtesy of RedWingsBaseball.com MOOSIC, PA – Pat Dean allowed a single unearned run in his first Triple-A start since 2013 and the Red Wings bullpen ran its scoreless streak to 15.2 innings as Rochester beat the Scranton/Wilkes-Barre RailRiders 3-1 Tuesday night at PNC Field.   Dean was not originally in the Wings rotation to begin the season but the promotion of … END_OF_DOCUMENT_TOKEN_TO_BE_REPLACED 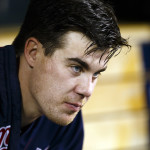 Courtesy of RedWingsBaseball.com ROCHESTER, N.Y. – The Rochester Red Wings will have a bunch of a familiar faces on the Opening Day roster as 20 of the 28 players appeared with the Wings last season and 24 of the 28 guys have played for Rochester at some point during their careers. Ten of the 13 pitchers on the Opening Day roster spent at least some time on the 2014 Red … END_OF_DOCUMENT_TOKEN_TO_BE_REPLACED