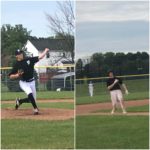 By BILLY HEYEN GATES, N.Y. — Jake Keller didn’t play a big role on Churchville-Chili’s varsity roster this season, Doud Post and C-C head coach Guy Puglia said. But he got the ball Monday evening to make a Legion start for Doud. Keller fought himself to find a rhythm in the middle innings, but he got back in sync and showed why he could be key for C-C next … END_OF_DOCUMENT_TOKEN_TO_BE_REPLACED 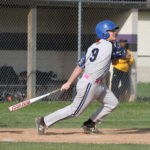 ROCHESTER, N.Y. -- Mike Sabatine helped Faiport to a share of the Monroe County Division I title. Tommy Baxter led Webster Schroeder to the Division II crown. Cole Penders and Jared Petrichick were in the middle of a fiercely competitive Division III race. Jake Humes and Owen VanNewkirk paced Batavia and Honeoye Falls-Lima in Division IV. The six earned Player of the Year … END_OF_DOCUMENT_TOKEN_TO_BE_REPLACED 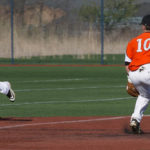 Victor 6 Hilton 5 Senior Blake Hildman finished 3-for-4 on the day including a 2-out, 2-run walk-off double as Victor erased a two-run deficit in the bottom of the seventh inning and improved to 7-7 on the season and 5-4 in Monroe County Division-1 play. Trailing 5-3, Owen Delforte led the Victor seventh with a single. One out later Chris Varone and Tommy Ryan connected on … END_OF_DOCUMENT_TOKEN_TO_BE_REPLACED