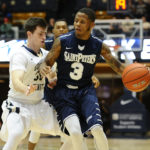 Courtesy of SaintPetersPeacocks.com BRIDGEPORT, CT – The Saint Peter’s men’s basketball team led for over 38 minutes in a 69-55 convincing win on the road over Fairfield University on Tuesday night at the Webster Bank Arena in Bridgeport, CT. The Peacocks have won three straight and four out of their last five games to improve to 5-2 in the Metro Atlantic Athletic Conference … END_OF_DOCUMENT_TOKEN_TO_BE_REPLACED 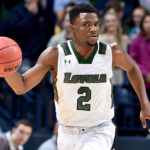 Courtesy of LoyolaGreyhounds.com BALTIMORE – Down 12 with just over nine minutes to go in the first and scuffling on both ends of the floor, Loyola University Maryland outscored previously undefeated Fairfield University by 27 points over the game’s final 29 minutes and defeated its former Metro Atlantic Athletic Conference foe, 81-66, in a Wednesday afternoon game at Reitz … END_OF_DOCUMENT_TOKEN_TO_BE_REPLACED 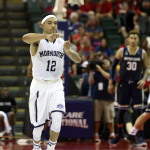 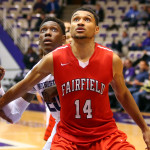 Courtesy of MAACSports.com ALBANY, NY – The fourth and quarterfinal matchup of the 2016 MAAC Men’s Basketball Championship saw fifth seeded, Fairfield University defeat fourth seeded Saint Peter’s University, 64-55, at the Times Union Center. All-MAAC First Team Selection Marcus Gilbert was the Pepsi Player of the Game in this win for the Stags. Gilbert had 20 points on … END_OF_DOCUMENT_TOKEN_TO_BE_REPLACED 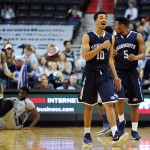