Simmons looks forward to getting back on the court for Bona

The party was barely a few minutes old when Marquise Simmons left center court and hobbled to the baseline, grabbed the Bonaventure school flag and stood waving it in front of the frenzied student section… 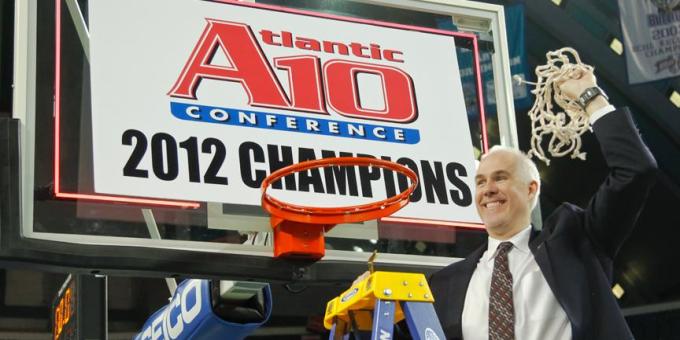 Thirty games passed. Five months of practices,walk-throughs and shoot-arounds, not to mention film sessions, scouting reports and individual workouts behind them, the Bonnies still found it within them to take a lesson and apply it to a new situation…

Bona weathers storm and advances to A-10 championship game 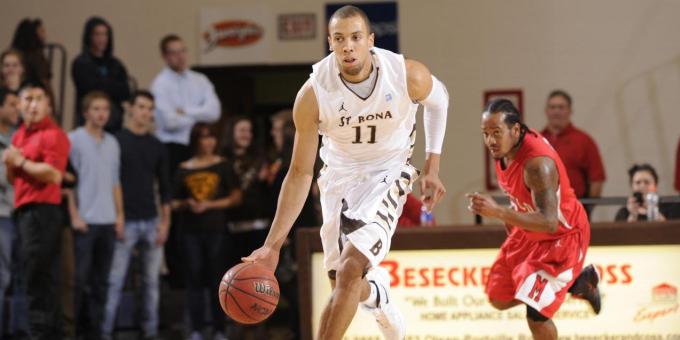 Demitrius Conger notched a double-double leading all scorers with 22 as St. Bonaventure withstood a late rally to defeat the UMass Minutemen, 84-80 and advance to Sunday’s Atlantic 10 Championship at Boardwalk Hall…

A-10 Quarter-Final Ticker: Temple vs. UMass

Just over a week after one of the most exciting games in UMass-Temple history, the teams meet for the second time this season on Friday in the Quarterfinals of the 2012 Atlantic 10 Championship at Boardwalk Hall…

NEWPORT NEWS, Va.—Temple will be the top seed for the 2012 Atlantic 10 Men’s Basketball Championship, which begins Tuesday at campus sites before moving to Atlantic City, N.J.’s Boardwalk Hall. The seeds were set Saturday following the conclusion of the A-10 regular season.   The Owls secured the top seed, their second in the last […]

Performance of the week | Kevin Anderson

Inside, outside, on his feet and on his back, Anderson earned tournament Most-Outstanding-Player honors and led the Richmond Spiders to the 2011 Atlantic 10 championship at Boardwalk Hall in Atlantic City.

Kevin Anderson scored a game-high 22, and Justin Harper added 18 as the Richmond Spiders defeated the Temple Owls 58-54 in A10 semi-final action at the Boardwalk Hall.

Senior guard Kevin Anderson led a Richmond offense in desperate need of points as the Spiders defeated the Rhode Island Rams 55-45 in Atlantic 10 quarter-final action at the Boardwalk Hall.

Freshman Carl Jones led the way with 28 points as the St. Joseph’s Hawks upset the fourth-seeded Duquesne Dukes 93-90 in an overtime battle at the Boardwalk Hall.

Dayton opens the A10 tournament with upset of Xavier

Fabrizius dropped a pair of free throws, and the Dayton Flyers fended off a furious comeback to defeat the top-seeded Xavier Musketeers 68-67 in A10 conference action at the Boardwalk Hall.