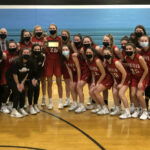 By BILLY HEYEN ROCHESTER, N.Y. — Penfield head coach Mark Vogt had barely hoisted the Class AA Section V championship trophy before Emma Blumenstock snuck in from behind, grabbed it and took off running. Her Patriots teammates followed as they set up in front of their families in the bleachers for a second hopping, celebratory huddle in a handful of minutes. Everyone wanted to … END_OF_DOCUMENT_TOKEN_TO_BE_REPLACED 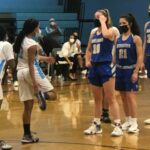 By BILLY HEYEN ROCHESTER, N.Y. — Bishop Kearney led by two points in a game that, for the last decade, BK has won. About a minute remained, and Webster Schroeder had a chance to tie. Kaia Goode had other ideas, though. She jumped a pass toward the top of the key and tipped it down the court with her right hand before chasing it down and finishing in transition. The next … END_OF_DOCUMENT_TOKEN_TO_BE_REPLACED 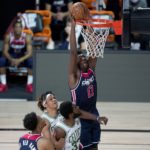 By BILLY HEYEN The Washington Wizards had nothing to play for in the standings Thursday afternoon, but someone wouldn’t have known that based on how Thomas Bryant competed. Just as he’s done since he was a Bishop Kearney teenager bursting into Rochester’s consciousness, Bryant ran the floor, shot 3-pointers and finished at the basket. Bryant finished with 26 points, nine … END_OF_DOCUMENT_TOKEN_TO_BE_REPLACED 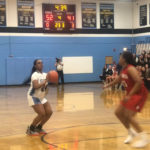 By BILLY HEYEN ROCHESTER, N.Y. — When a Bishop Kearney shot goes up, Taylor Norris tells herself one thing: “It’s one-on-one, you gotta go.” Early in Wednesday’s fourth quarter, a Camille Wright wing 3 attempt was on its way to the hoop while Norris slid inside her defender. The offensive rebound fell right to Norris, who put it back up and in. As the ball fell through the … END_OF_DOCUMENT_TOKEN_TO_BE_REPLACED 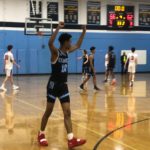 By BILLY HEYEN ROCHESTER, N.Y. — With less than a minute to play, Miles Rose dribbled left off two screens. They didn’t immediately free him, so he faced up, dribbling in his right hand. The Bishop Kearney guard crossed over, right-to-left, and drove before flipping the ball up off the glass with his left hand and in. The Kings were in danger of collapsing on Senior Night. It … END_OF_DOCUMENT_TOKEN_TO_BE_REPLACED