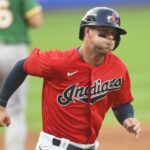 By BLAKE SOK (Special to Pickin' Splinters) It was a picture-perfect slice of Americana.  The roar of interstate 490 was humming in the distance.  Mothers and fathers pushed colorful strollers with one hand while holding steaming card board cups in the other.  The early sun had burned he morning dew from Field 3 at Cobbs Hill Park as the five and six-year olds gathered for … END_OF_DOCUMENT_TOKEN_TO_BE_REPLACED 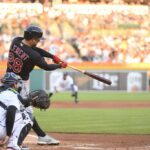 By PAUL GOTHAM A pair of Section V alums etched markers on their professional timelines in the same weekend. Ernie Clement needed 89 Major League at-bats to connect on his first career home run, Friday night. One day later, Ben Cowles made good on his 27th professional at bat. Clement delivered a two-out solo shot in the third inning of the Cleveland Indians 7-4 victory over … END_OF_DOCUMENT_TOKEN_TO_BE_REPLACED 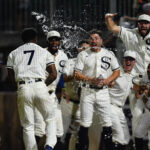 By PAUL GOTHAM Danny Mendick had the chance to live out a movie of his childhood on Thursday night. The former Monroe Community College and Pittsford Mendon star was among the players who emerged from a cornfield as part of Major League Baseball's "Field of Dreams" Game. "Everything about it was incredible," Mendick said of the game via text message. "The people there, the … END_OF_DOCUMENT_TOKEN_TO_BE_REPLACED

By CHUCKIE MAGGIO Jahmeir Warfield knew he wanted to sign his letter of intent to play for the Albany men’s lacrosse program in his hometown. That decision required some patience, as Warfield completed his prep lacrosse career at prestigious Tabor Academy in Marion, Mass. and spent the summer playing in the Upstate Collegiate Box Lacrosse League. His Upstate Armory team made … END_OF_DOCUMENT_TOKEN_TO_BE_REPLACED 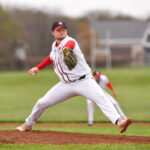 By PAUL GOTHAM Penfield High School standout Gage Ziehl was chosen by Chicago Cubs in the 11th round (334th overall selection) of the 2021 Major League Baseball First-Year Player Draft. A University of Miami commit, Ziehl is the third player in Penfield program history to be selected in the MLB Draft. The Prep Baseball Report NYS Player of the Year and Section V … END_OF_DOCUMENT_TOKEN_TO_BE_REPLACED