Siena-Niagara: Tale Of The Tape

Injuries have kept Niagara from finding their rhythm all season. Mihalich finally his lineup set. Siena’s defenses will not surprise Niagara’s experienced back-court. The Purple Eagles need a victory and tonight’s opportunity…

Troubled times in Austin – Tommy Mason-Griffin led the way with 24, Cade Davis added as the un-ranked Sooners added to Longhorns’ misery. Texas went on to get crushed by Kansas Monday night. Rick Barnes crew is almost in free fall mode. They have lost five of seven and look terrible doing it (Not that there is any good way to lose five of seven). Monday night, Kansas hooked 22 straight on the Horns.

Canisius-Niagara: Tale Of The Tape 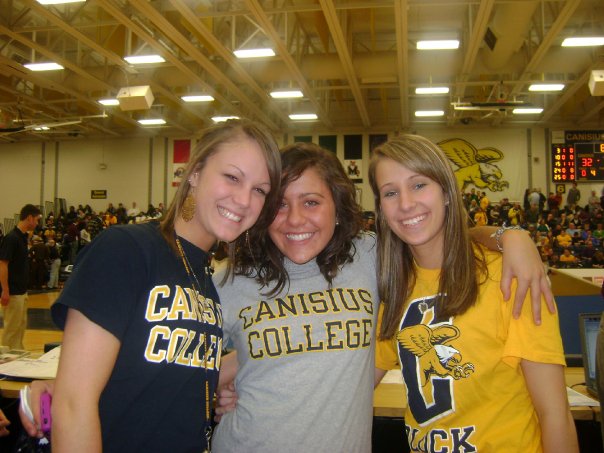 Canisius is tied for fourth in the MAAC. Siena leads the charge with a 12-0 ledger. Niagara beat Loyola on Sunday, but the Purple Eagles have dropped three of the last four. Canisius fell to Iona on Monday. The Griffs have split their last six games.

The Wildcats misfortunes in the lane did not stop there. Twice, the Jay Hawks rebounded their own missed free throws. One time, with two minutes remaining, Brady Morningstar grabbed a Cole Aldrich miss and reset the offense. Eventually, Tyshawn Taylor hit two free throws and Kansas led 69-66.

Michigan State-Wisconsin: Tale Of The Tape

Earlier this year, Wisconsin created 11 turnovers while committing just four in a defeat of Duke. They will need a similar performance tonight. The Badgers need to execute long possessions that will force Michigan State to work on the defensive end. Bo Ryan needs someone to step up in the absence of Leuer. Look for Rob Wilson or Ryan Evans to fill the void. This is the third of four…

Duke-Georgetown: Tale Of The Tape

Georgetown is coming off a road loss to Syracuse – a game in which they opened with 14-0 lead. Last time out Duke beat Florida State 70-56 at Cameron Indoor Stadium, but the Seminoles out-rebounded the Devils 38-29. All three of Duke’s losses have come on the road this season (North Carolina State, Georgia Tech, and Wisconsin). Georgetown is 9-1 at home losing to Old Dominion, 61-57.

Andy Rautins, Arinze Onuaku and Rick Jackson remained, but concern revolved around whether the ’09-’10 team could survive.