St. Louis And The Week Ahead

Bradley Has The Touch In Billikens Win 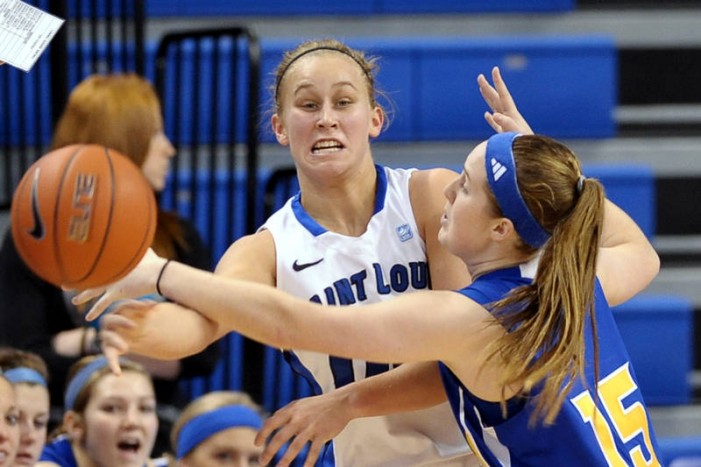 ST. LOUIS – Despite a career-high 23 points by Saint Louis junior guard Courtney Webb, the Billikens dropped a tight 70-67 decision against UMKC Tuesday in non-conference women’s basketball action at Chaifetz Arena. Webb’s 23 points came on 10-of-15 shooting from the field and 2-of-2 from the free-throw line. Lorreal Jones chipped in 17 points […]

ST. LOUIS – Mallory Eggert recorded her third consecutive double-double, but a late Saint Louis surge fell just short in the Billikens’ 62-60 loss to Drake Sunday afternoon at Chaifetz Arena. Eggert scored 11 points on 5-of-9 shooting and collected a game-high 10 rebounds, including eight in the second half. A Saint Louis player has […]

BOCA RATON, Fla. – Mallory Eggert registered her first double-double of the season, and Saint Louis shot a season-high 47.3 percent from the floor in a 70-63 victory over Florida Atlantic Saturday afternoon at FAU Arena. The win was the first road triumph of the year for the Billikens (3-6), who scored 70 points for […]

MADISON, Wis. – Lorreal Jones posted a second consecutive double-double, including a game- and career-high 16 rebounds, and Saint Louis dominated a taller Wisconsin team on the boards before the Badgers escaped the Kohl Center with a 48-46 victory Monday night. Jones scored 13 points and tied her career high of three steals. She grabbed […]