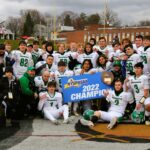 After two postponements, the Class C champions Attica Blue Devils came up short Tuesday at Van Detta Stadium in Batavia, NY. Attica (9-3) saw its season come to an end in the Far West Regionals, losing to Lackawanna (VI), 14-6. After Lackawanna was forced to punt on a three-and-out with 2:45 left, Attica took over from the 49-yard line, down by 8. Landyn Thomas took a … END_OF_DOCUMENT_TOKEN_TO_BE_REPLACED 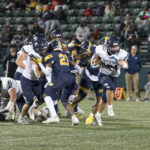 Pittsford football's season came to an end on Friday in the New York State tournament after a 27-6 loss to Christian Brothers (II) from a snowy Guilderland High School. Nathan Rodi finished off the Panthers’ second offensive drive late in the first quarter when the senior bounced out wide to the left side, and got up field for an 18-yard touchdown, his tenth rushing score of … END_OF_DOCUMENT_TOKEN_TO_BE_REPLACED 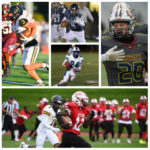 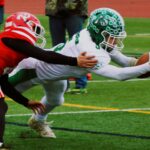 Running back Tyson Totten provided all the offense for Pembroke and the Dragons claimed the first sectional title in program history, defeating Canisteo-Greenwood 40-20 Saturday at Pittsford Sutherland High School to claim the 8-Man title. Totten rushed for 376 yards on 40 attempts and reached the end zone five times. The junior was forced into a larger role when senior … END_OF_DOCUMENT_TOKEN_TO_BE_REPLACED