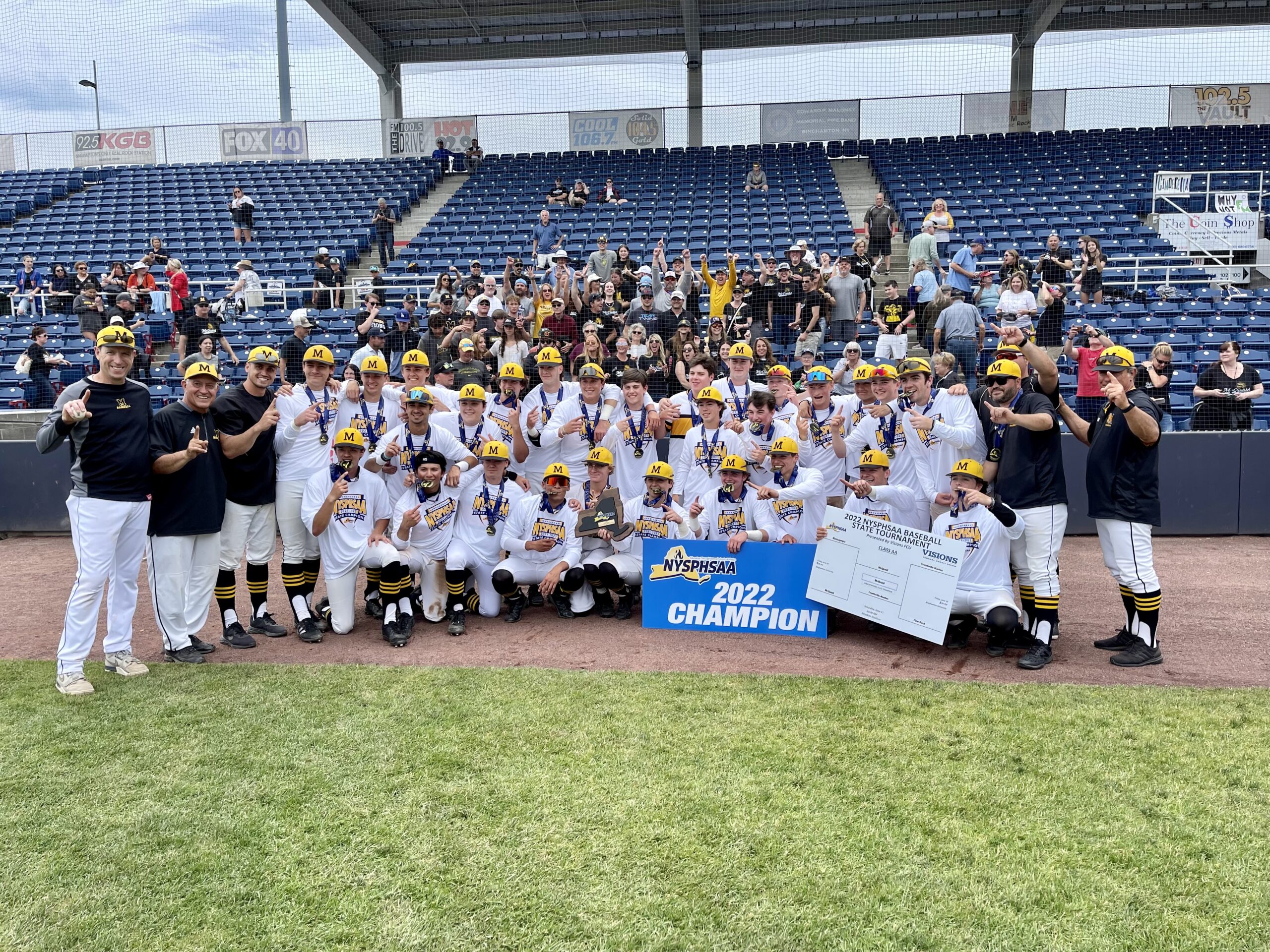 This despite the possibility that the McQuaid hurler might take the mound in the biggest game of his young career the next morning.

When circumstances forced head coach Tony Fuller to change the script, Wilmarth got his chance.

And the sophomore hurler matched his longest outing in the final game of the season.

“I didn’t think it would come this soon, but it’s awesome,” Wilmarth said of the opportunity to pitch with the season on the line.  “The best feeling ever.”

The right-hander allowed one run on three hits and five walks for his second win of the season.

“To do what he did is really special,” Fuller said. “It’s a tribute to how hard he works. The situation was not too big for him, obviously.”

Wilmarth, who found out he was pitching out two hours prior to the 10 a.m. scheduled start, left seven runners on base through the first four innings.

“I was just trying to make sure he stays calm and keep him pitching the way he has all year,” said senior catcher CJ Phelps of the approach with runners on base. “Not trying to do too much, staying comfortable and doing what he has always done.

“We were just trying to pitch to contact, minimize [the damage] and get our outs…We knew if we could minimize, we put ourselves in position to win the ball game.”

“I got the best teammates,” Wilmarth said. “They got my back all the time. I knew that I had to do my job, do my part and get them what we deserve.”

Zach Allen and Edward Hall connected on back-to-back doubles in the fifth inning to give the Jesuit Knights a lead they did not surrender.

With the game knotted at one, Allen led the frame with a double down the left field line off Fayetteville-Manlius starter Danny Swift. Seth Albert came on in relief for the Hornets, and Hall greeted the right-hander with a two-bagger of his own that scored Allen easily.

“I was going up there looking for a fastball, but I saw it out of his hand,” Hall said of the first-pitch change-up. “It was a good pitch, but I was able to react and pull it.”

Hall moved to third on Dominic Romano’s sacrifice bunt and scored the eventual game winner on Will Russotti’s RBI ground out.

Back-to-back RBI doubles from Zach Allen and Edward Hall give ⁦@McQuaidBaseball⁩ a 2-1 lead in the fifth. pic.twitter.com/mmrMx20Ug5

That Hall came to the plate in the situation seemed unlikely early in the game. Reacting to a sacrifice bunt in the first inning, the senior first baseman suffered a muscle pull that forced him to leave the game. He reentered for the at-bat in the fifth.

“Stretched out a little bit too far and pulled something,” he said of the play in the first. “It was hurting a little bit, but at this point in the last game of the season you got to push through it.”

Hall’s injury came on the heels of Friday’s occurrences that already had Fuller shuffling his lineup. The plan heading into the weekend was for senior starter Will Taylor to take the ball in the semifinals against Massapequa (VIII). Taylor, who came into the game having allowed three earned runs on 16 hits and six walks over 48.2 innings of work, had an uncharacteristic performance. The left-hander walked three and allowed five runs over three innings.

Fuller went to Daniel McAliney to start the fourth of the state semifinal. The right-hander threw three innings and picked up the win but had to leave the game with an injury early in the seventh. McAliney, the team’s first baseman when not on the mound, was lost for the championship game, and Hall originally left Saturday’s contest before McQuaid had recorded an out.

“That game yesterday was just wild,” Fuller said. “Who would have expected to use those two arms. That’s what kind of game it was. We started dropping like flies. Danny went down. Eddy went down.

“Next guys stepped up. Our reserves do a good job of staying ready. It’s not easy to win the state championship. Sometimes you got to win the unconventional way.”

Will Russotti worked two innings of relief to register the save on Saturday. The senior right-hander worked a 1-2-3 seventh stanza to clinch the title.

Wilmarth finished with seven strikeouts in the game. Twice during the season he had started and thrown five innings. He knew to be prepared after the way Friday unfolded.

Aiden Stewart walked, stole two bases and scored when Luca Ciaramitaro reached on an error in the first.

Tanner DeGrazia added an insurance run with a one-out double in the sixth.

Tanner Degrazia gives ⁦@McQuaidBaseball⁩ a 4-2 lead with one out in the sixth. pic.twitter.com/spa7UNVPTR

Chris Hoalcraft tied the scored for F-M with a two-out double in the fifth.

The Hornets cut the lead to one in the sixth when Max Danaher led with a triple and scored on Ethan Powell’s base hit.

F-M had enjoyed a storybook ride to the title game. Winners of six games during the regular season, the Hornets (10-12) knocked off top-seeded Cicero-North Syracuse on the way to a sectional title and edged Pine Bush (IX) to reach Saturday’s championship.

McQuaid’s state title was the second in as many tries for the Jesuit Knights which claimed the 2019 championship. Precautions surrounding Covid-19 led to the cancellation of the 2020 and 2021 state tournaments.

DeGrazia, Phelps, Stewart and Taylor were all ninth-graders on the 2019 team, Fuller’s fourth team at McQuaid.

“Just trying to soak in this moment,” the seventh-year head coach said. “It gets emotional. I’ve been with these guys so long, the seniors. Obviously, you love ending it with a state championship, but I’m going to miss them dearly. Just going to try and soak up these last few hours on the bus with them and enjoy time together.”