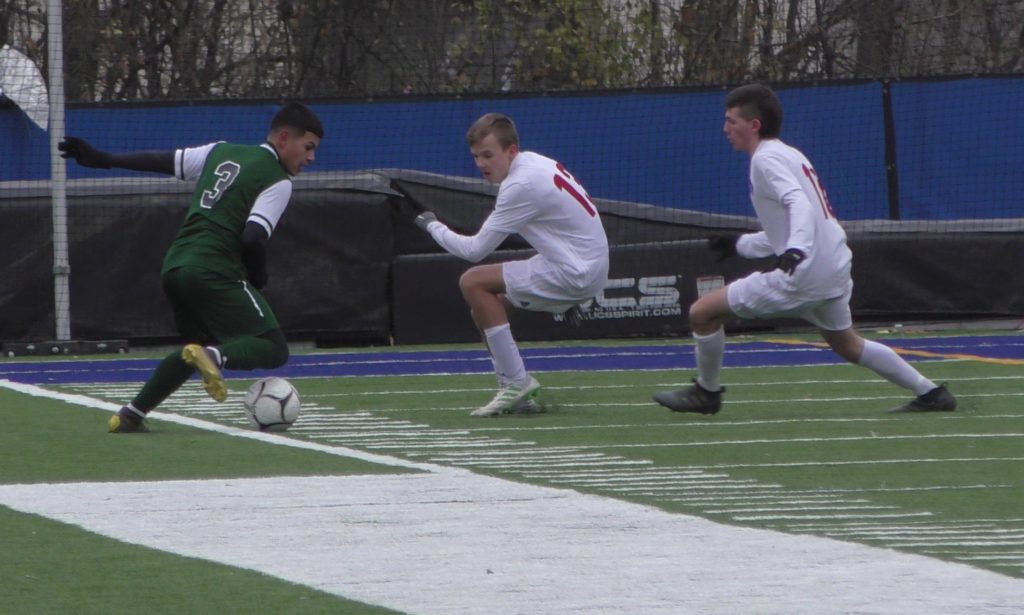 It was the Indians first state title since 2010 and third overall.

Alex Garcia converted a corner kick opportunity in the 16th minute to give Brentwood all the offense it needed. Juan Gomez connected five minutes before halftime for a 2-nil advantage at the break.

Fairport (16-4-2) was making its fourth appearance in the state final this decade. The Red Raiders last fell in the 2016 championship.

Fairport ended the game with eight players on the field after one red card ejection and a pair of dismissals for yellow card accumulation.