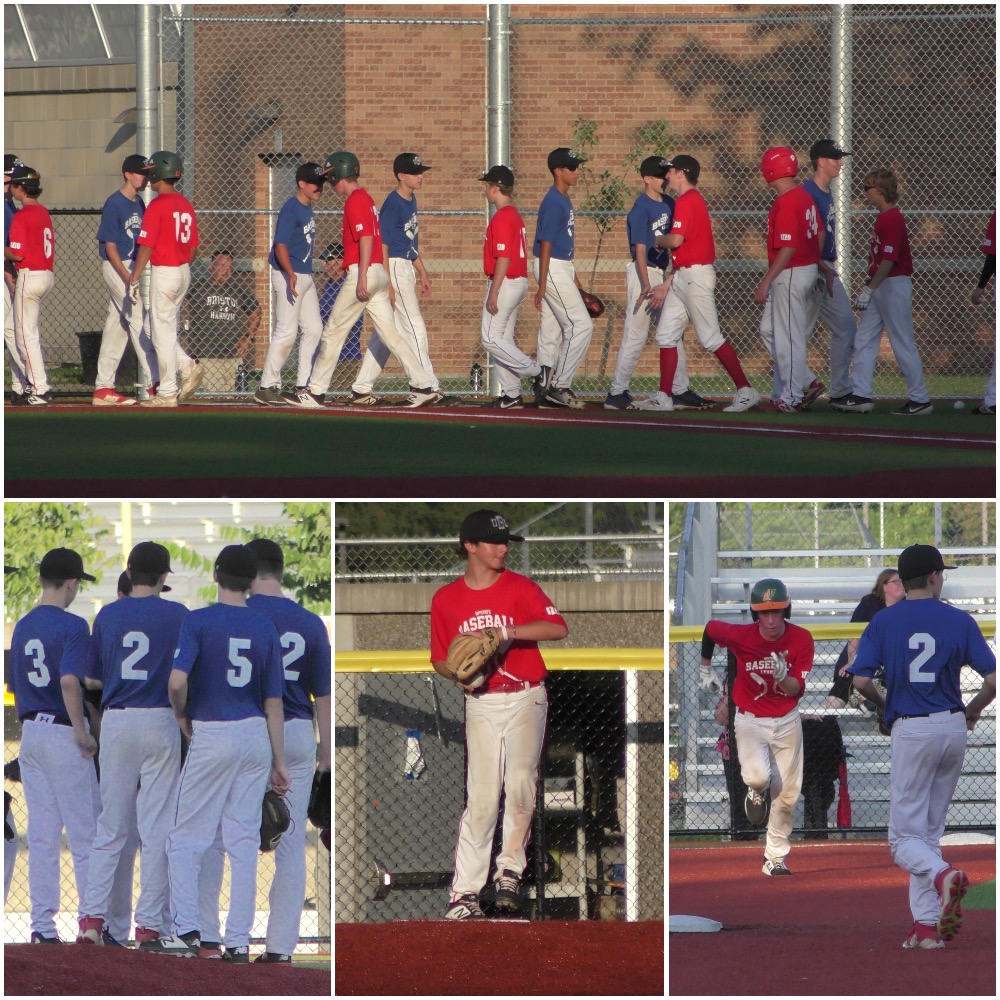 DII BLUE 5
DII RED 2
Anthony Marcella (Brighton) doubled and drove in two runs as part of four-run sixth inning as DII Blue rallied to win the season finale. Marcella, who went 2-for-3 in the game, plated Tommy Derleth (Fairport) and Ryan Zaft (Webster Schroeder) with his first double of the season. Trailing 2-1, Derleth reached on an error to start the decisive inning. Taft walked, and Salvatore Timpani connected on a one-out single to load the bases. Antonio Jorge (Fairport) helped his own cause adding a pair of insurance runs later in the inning with a two-out two bagger. Jorge struck out two and did not allow a hit over two innings of relief to pick up the win. Zach Merlo (Fairport) fanned four over two innings and picked up the save. Weston Elkovitch started and struck out four over three innings. He allowed two runs (one earned) on three hits. At the plate, Elkovitch went 2-for-4. Drew Wilson (Brockport) also added a hit for Blue.

Joe Grzeskowiak (Rush-Henrietta) singled and scored when Zach Prior’s sacrifice fly was dropped to give DII Red a 1-0 lead in the first. Preston Foryt (McQuaid Jesuit) drove in Connor Sackett with a two-out single in the second to double the advantage. Joshua Winter started and scattered three hits over four shutout innings for Red. The right-hander struck out one and walked one. Jackson Rucker (Fairport) struck out one and hurled a scoreless inning of relief.