Passero rumbles for two TDs as McQuaid advances to semis 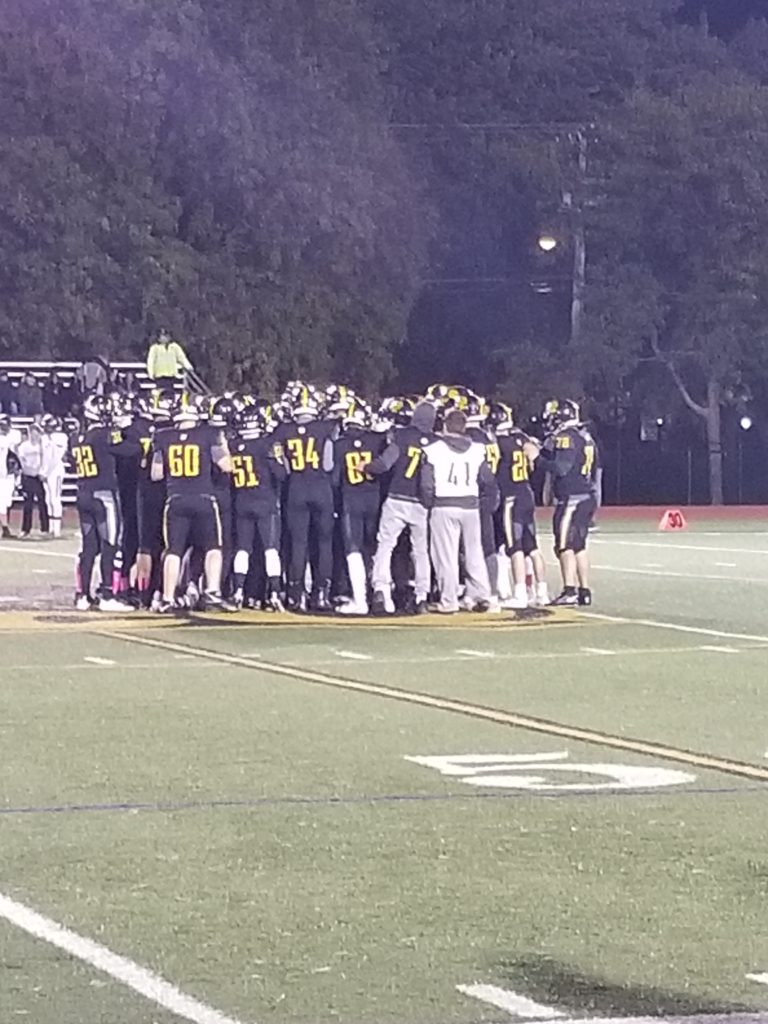 ROCHESTER, N.Y. — Senior running back Mark Passero rushed for two touchdowns to help the McQuaid Jesuit Knights defeat the Rush Henrietta Royal Comets, 33-17, in the Section V Class AA Quarterfinals. Both of his touchdowns came at the end of 10-play drives. Passero’s first touchdown was a 13-yard run to extend the Knights lead to 14-3 halfway through the second quarter.

His other touchdown came on a 12-yard run on the Knights’ first possession of the second half that started at their 23-yard line. Passero would finish the game with 25 carries for 191 rushing yards.

Senior quarterback Hunter Walsh finished 23-for-35 for 228 passing yards with two touchdowns – one to Connor Zamiara and the other to Ben Beauchamp. Beauchamp made 12 receptions for 112 yards.

Andrew Passero, Mark’s cousin, also contributed with a 36-yard rushing touchdown on the first play of the Knights’ possession at the end of the game to cap off the scoring.

Rush Henrietta kept the game close as they cut McQuaid’s lead to 14-10 in the second quarter on Patrick Sherron’s 6-yard rushing touchdown. Trailing 27-10 in the third quarter, Sherron threw a 5-yard touchdown pass to Adrian Schmidt to cap off a 10-play drive that started at their 21-yard line.

McQuaid will play the Hilton Cadets next Saturday at 8:00 pm at SUNY Brockport.