Who will survive in A1?

Class A1 opens with three games on Wednesday, February 21st. A champion will be crowned on Saturday, March 3rd at the Blue Cross Arena. Here is the team-by-team breakdown: 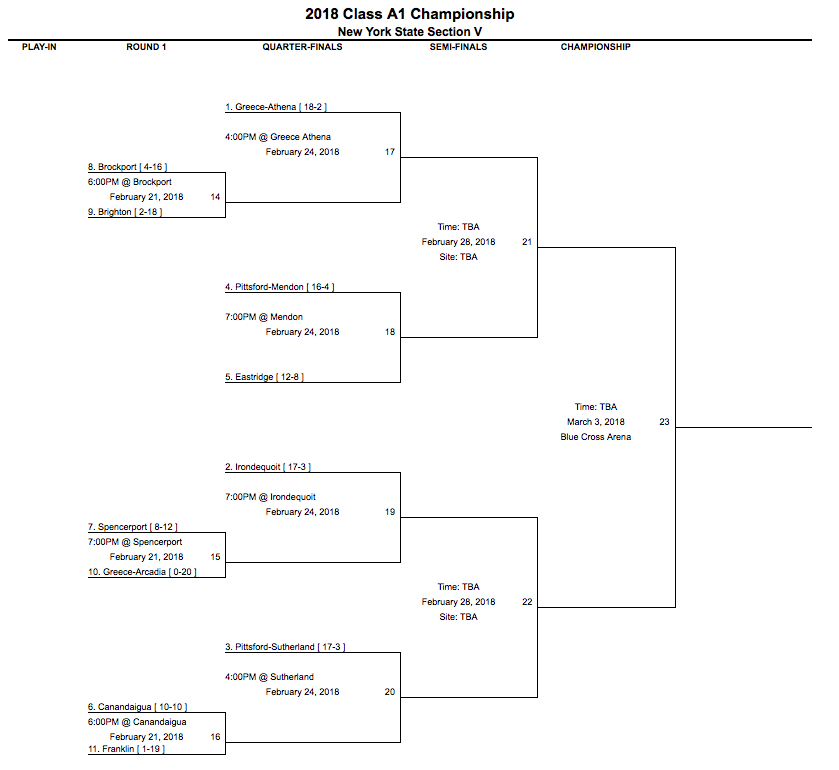