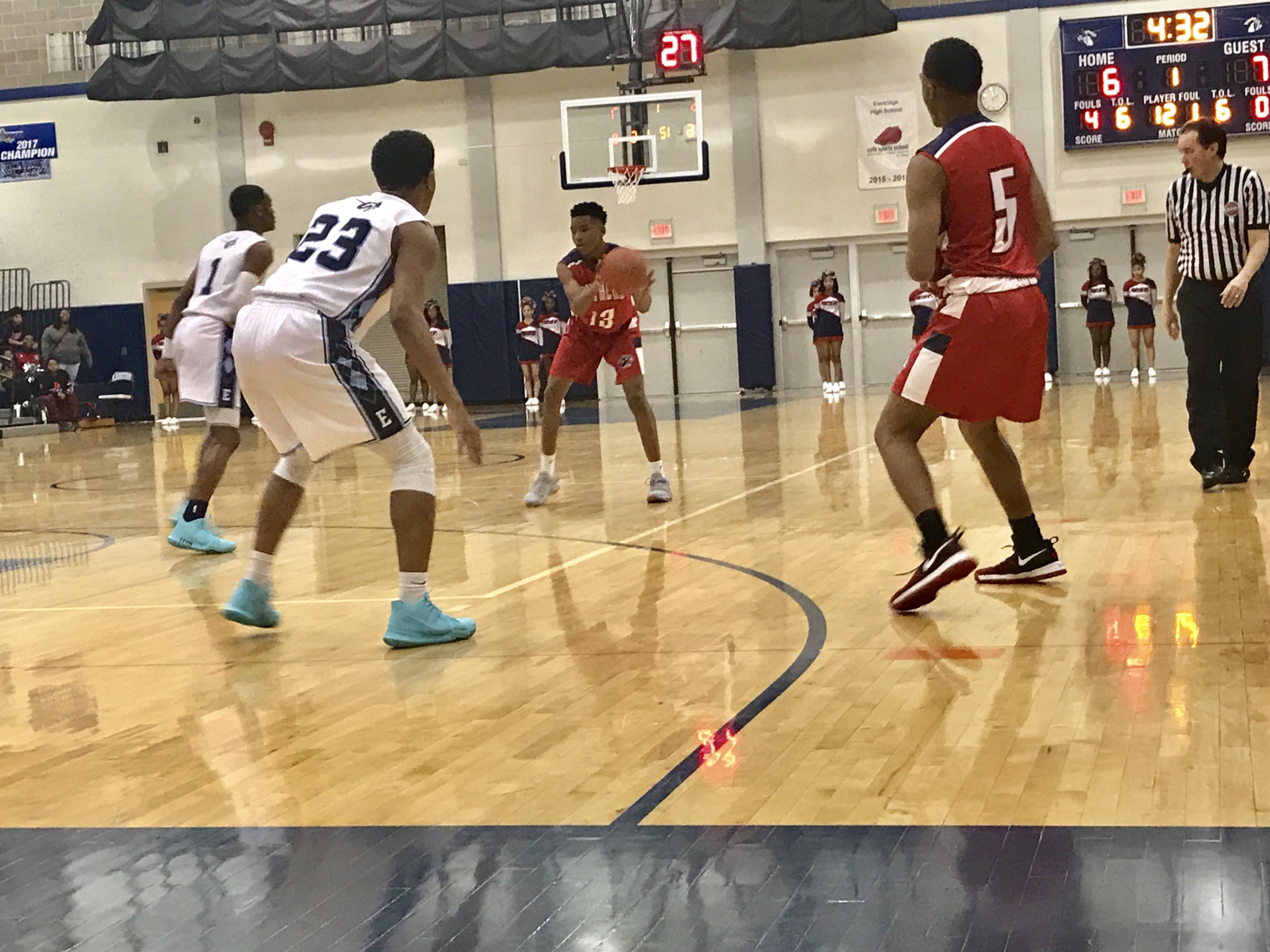 ROCHESTER, N.Y. — Tony Arnold and Kyndal Taggart scored 19 points apiece. The Eastridge Lancers needed nearly every one of them.

The duo combined to score eight of Eastridge’s final 10 points as the Lancers outlasted the NE Douglass Panthers, 74-63 to claim the 2017 Al Masino Memorial Tip Off Tournament championship at Eastridge High School.

“Can’t say enough about them,” Eastridge coach Dan Roser said. “They’re our leaders, our captains. “They’re the guys who are going to get the ball in their hands at the end of the game. They know that, and they’ve accepted.”

Coming out of a timeout with 1:47 remaining and leading by two, Arnold scored on a rebound and putback. Taggart followed and calmly sank four straight free throws and six overall to ice the game.

“You got to learn how to win, and this is the first step in that,” Roser added. “We’ve got a long way to go, but we’re going to get there.”

Leading 26-18 at half, Arnold kickstarted the Eastridge offense with a traditional three-point play. Seven possessions later, Taggart grabbed a defensive rebound and went the length of the floor for a layup to give the Lancers a 21-point bulge at 45-24.

Kyndall Taggart gets in the lane to set up Terrence Reed for the bucket. @ERidgeLancers pic.twitter.com/TBPQq4pFY5

“I told them when we got that lead, they’re not going to stop coming,” Roser said of NE Douglass. “They play hard.”

Like the previous night when they trailed by 15 before rallying to beat Vertus, NE Douglass stared certain defeat square in the eye and laughed. The Panthers went on to outscore Eastridge 38-19 over the next nine minutes. Maurice Glenn’s layup and-one made it a two-point game at 64-62.

“Just keep our composure,” Roser said of his message in the huddle. “We had been getting good looks before that. Some of them weren’t going in. We just kept running the same thing we had been running. Space the floor and just keep your composure. Take good shots. It was layups only at that point is what we were looking for. Just keep moving the ball and trust each other. That’s what we did. They came together at the end, and they got it done.”

The Lancers, which had committed three turnovers earlier in the quarter, played without a miscue when it mattered most.

“We knew we had to weather whatever storm they were going to bring. It was everybody. Our starters played really good, but any guy we brought in off the bench got it done. They knew their role. They knew what they had to do.”

Terrence Reed scored seven of 18 points in the fourth quarter to contribute to the win.

Maurice Glenn gets the floater to fall. pic.twitter.com/SAFvn50AkF

The championship was the first for the host school Lancers.

“It’s been six years in the making,” Roser said. “It feels really good to get a win in the tip-off tournament.”

Al Masino (1928-2006), a 1946 graduate of East High, went on to play four years at Canisius College and then professionally in the NBA for the Rochester Royals and Syracuse Nationals where he was part of a league champion. Masino later served as head coach at Eastridge where he guided the Lancers to the 1964 Class AA title. Masino was inducted into the Section V Basketball Hall of Fame in 2002.