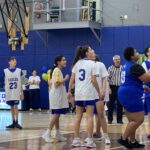 By CHUCKIE MAGGIO The Irondequoit Unified Basketball team had a lot to celebrate on Thursday. The Eagles honored their seniors before the game against Webster Schroeder and unveiled a banner at halftime denoting Irondequoit High as a National Banner Unified Champion School. Special Olympics New York recognized the school, as well as Churchville-Chili, Horseheads, Newark and … END_OF_DOCUMENT_TOKEN_TO_BE_REPLACED 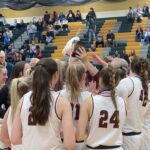 By CHUCKIE MAGGIO Todd Julien felt a sense of pride during halftime of the Section V Class A girls title game on Saturday. His Pittsford Mendon Vikings were held to just 10 points in each of the first two quarters but still led by nine. “I was so proud of our kids defensively,” Julien remarked. “We had a lot of good shots in the first half that didn’t go, but you look up, … END_OF_DOCUMENT_TOKEN_TO_BE_REPLACED