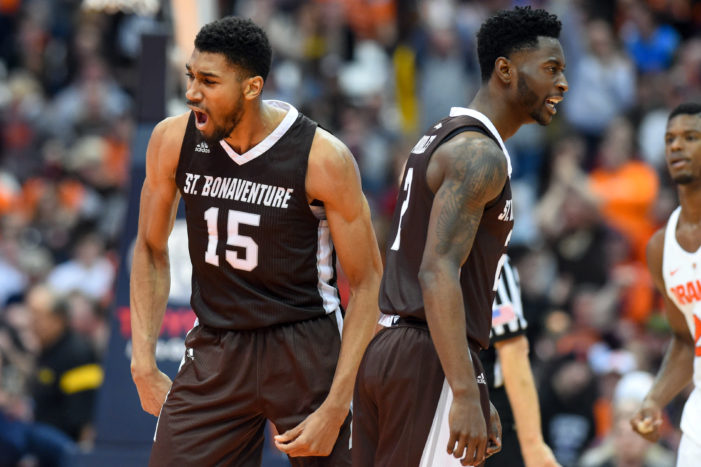 On a night decided by defense, a charge drawn by Courtney Stockard and a blocked three-pointer by LaDarien Griffin were decisive. With the Bonnies clinging to a 58-57 lead, Stockard stepped in front of a driving Oshae Brissett and got the call with 12 seconds left. After the Orange fouled Jaylen Adams, he made two free throws to push the lead to 60-57. Griffin then blocked a potential game-tying shot by Howard Washington with six seconds remaining in the overtime… 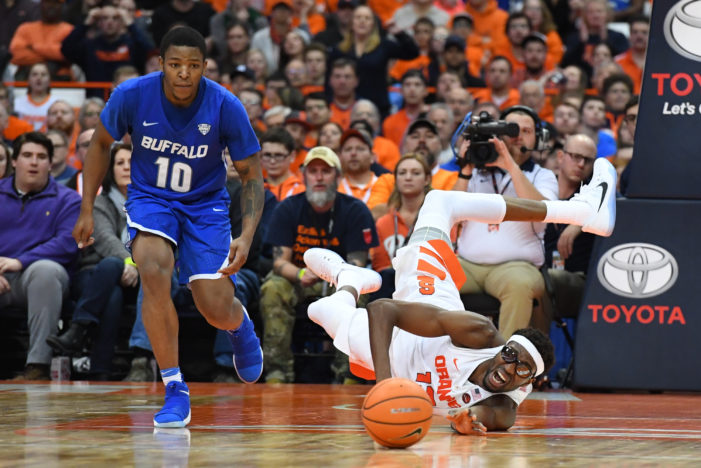 The University at Buffalo men’s basketball team had their three-game winning streak snapped as a strong second half performance came up just short in an 81-74 loss at ACC foe Syracuse on Tuesday night in front of 17,335 people at the Carrier Dome… 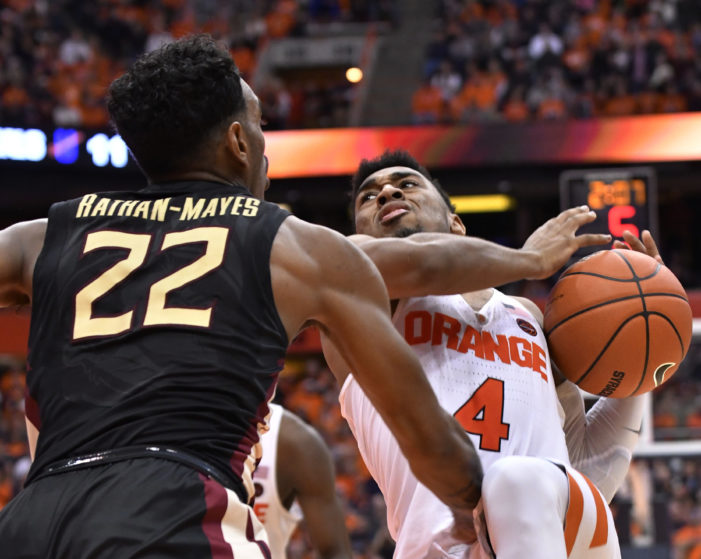 Saturday’s Top 25 action. SYRACUSE 82 No. 6 FLORIDA STATE 72 John Gillon, a transfer from Colorado State, scored all 10 points of a 10-2 run to end the game for the Syracuse Orange as they defended the Carrier Dome and upset the Florida State Seminoles. Andrew White III gave the Orange 24 points, and […] 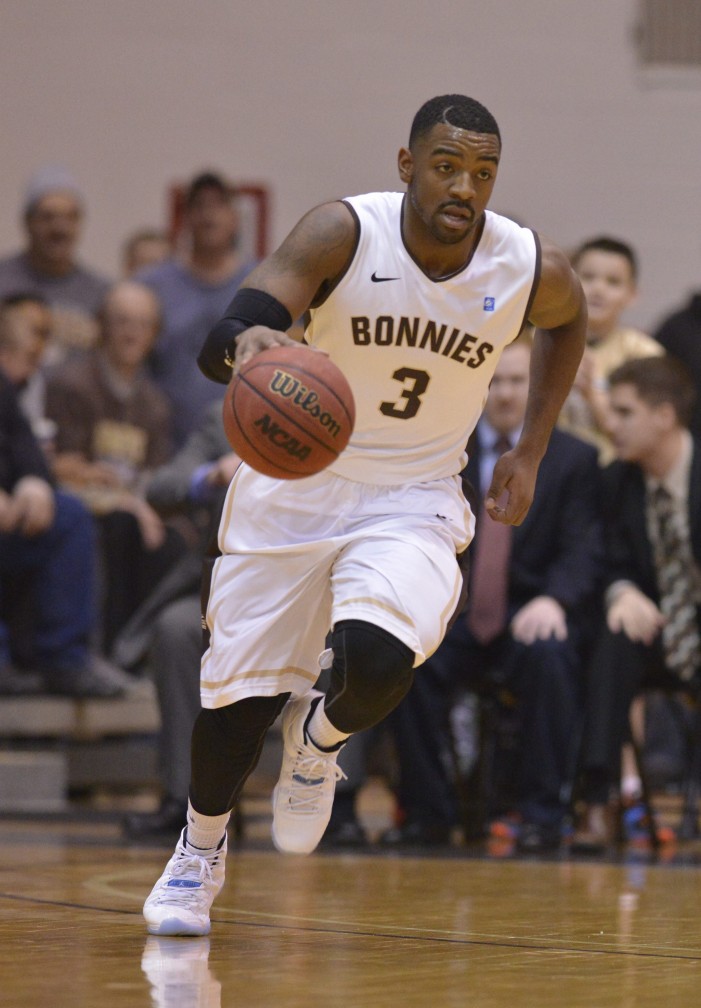 In addition to the home contests, there are plenty of regional rivalries throughout the 11-game schedule, including a visit to Syracuse Nov. 17 for the second game of the season. Six non-conference games will be against teams from New York State; in addition to Syracuse, the Bonnies also face Big 4 rivals Buffalo, Canisius and Niagara, sister school Siena and Binghamton. In fact, St. Bonaventure will not leave the state until Atlantic 10 Conference play begins in January… 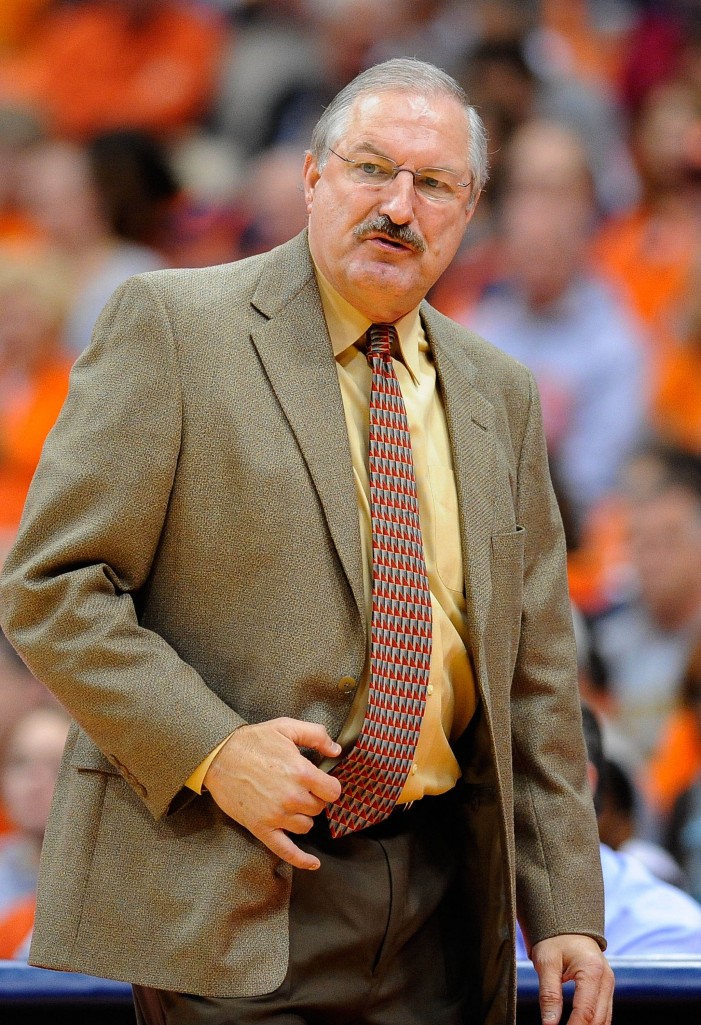 I challenge you, loyal readers, to view the picture below and provide a captivating caption that will cause “the shores a-crowding” with “people all exulting.” Should you provide the wittiest of captions, for you the flag will be flung and the bugles will trill…

A trip to the Sweet Sixteen is on the line when these two Big East teams square off for second time this season. 11th seeded Marquette Golden Eagles (21-14) faces the 3rd seeded Syracuse Orange (27-7) on Sunday in the third round of the 2011 NCAA Championship at the Quicken Loans Arena in Cleveland, OH.

Three ‘Cats (Darius Miller, Doron Lamb, and Brandon Knight) have hit 14 or more from behind the arc. Might be time for a little HANDS UP HARRY!

Gone are the days when Thanksgiving week sports viewing was limited to the NFL. The feast of college hoops on television makes one wonder if…

Butler-Syracuse: Tale Of The Tape

Butler scores almost 70 a game while limiting opponents under 60. Syracuse scores over 81. Their opponents get less than 66.

West Shows A Flair For The Ironic

A sixteen seed versus a one seed. It is supposed to be a reward for the one seed. The only problem is the opponent. Five years ago, the Orange were a four seed when they lost in the first round. The thirteen seed Syracuse played? None other than the Vermont Catamounts. It doesn’t matter though. All the faces have changed. Sixteen beating a one seed? It can’t happen. Can it?