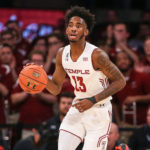 Courtesy of OwlSports.com NEW YORK - Sophomores Damion Moore and Quinton Rose combined for 44 points to lead Temple men's basketball to a 76-60 win over South Carolina (5-2), a team that advanced to the 2017 NCAA Final Four. The Owls (4-1) played strong team defense and were in control for the final 30 minutes of the game at Madison Square Garden. Keys to the Game > … END_OF_DOCUMENT_TOKEN_TO_BE_REPLACED 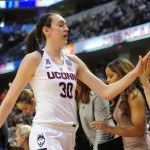 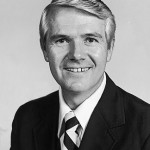 Courtesy of Charlotte49ers.com CHARLOTTE, N.C. -- Former Charlotte 49ers men’s basketball coach Lee Rose, who has devoted over 50 years to the sport of basketball, has been nominated for enshrinement into the Naismith Memorial Basketball Hall of Fame in Springfield, Mass.  The list of candidates for the 2016 class was released by the Basketball Hall of Fame, today, and … END_OF_DOCUMENT_TOKEN_TO_BE_REPLACED 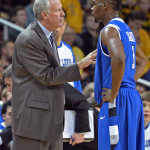 Courtesy of SLUBillikens.com ST. LOUIS – Saint Louis head men’s basketball coach Jim Crews will serve as the head coach of the West team at the Reese’s College All-Star Game, which will be played during the 2015 NCAA Final Four weekend in Indianapolis.   The game, which features top senior NCAA basketball student-athletes, takes place on Friday, April 3, at 3:30 … END_OF_DOCUMENT_TOKEN_TO_BE_REPLACED

By Paul Gotham It is that time again. Let’s hear from you readers. We had another week of stellar performances.  Pick the ONE that stands out to you, and tell us a story. Butler's Gordon Hayward grabs my POTW. The sophomore turned in a pair of sparkling performances last week as the Bulldogs knocked off the No. 1 and No. 2 seeds in the West Region to advance to the … END_OF_DOCUMENT_TOKEN_TO_BE_REPLACED