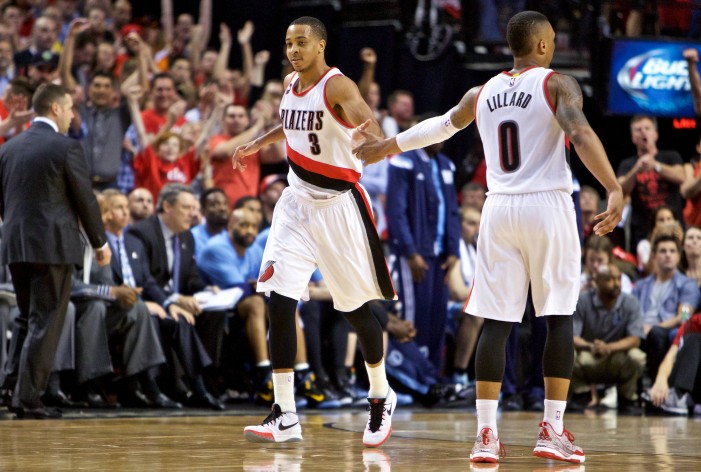 C.J. McCollum netted seven of his 18 points in the fourth quarter as the Portland Trail Blazers erased a 10-point deficit to remain alive in the NBA playoffs with a 99-92 victory over the Memphis Grizzlies in game four of Western Conference first round action… 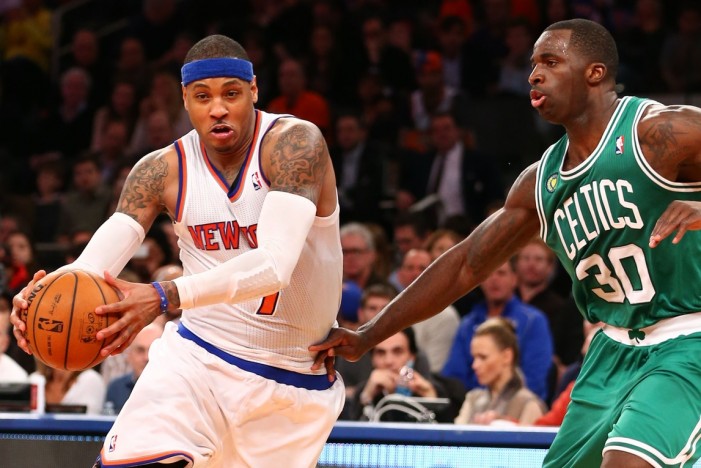 Hosts Joe Manganiello and Dave Holcomb go through the first round matchups of the NBA playoffs. Will the Heat stem roll through the East? How far can the Lakers go without Kobe? Can the Knicks overcome their arch-rival Celtics?

History will show me as a three-time champion, all-defensive team, and an MVP.

Lakers-Rockets: The Semantics of Flagrant Fouls 1 and 2

by Patrick ‘Rey’ Reynell   Much has been said concerning the flagrant fouls in the Lakers-Rockets series. The fouls have been viewed, reviewed, and the jurisdiction has gone beyond just the call on the court in every game. Therein lies the problem.   The flagrant foul calls in the NBA perhaps are too subjective on-the-court […]

by Patrick ‘Rey’ Reynell The first round has given us one forgettable seven-game series (Hawks-Heat) and one that may be unforgettable (Celtics-Bulls). Through them all, certain players have stood out and gone above and beyond what was expected of them in the first round. These overachievers, if you will, have shown that the bright lights […]

NBA fans will get a double dosage of game 7 action as the Spurs travel to New Orleans to play the Hornets, and the Celtics host the Cavaliers. Something’s gotta give between the Spurs and the Hornets. Either the World Champion Spurs will exit early or the Hornets will surrender at home – something that […]

Round 2 of the NBA playoffs is a great example of how important home court is to a team’s overall success. Other than a failed last-second attempt by Hedo Turkoglu home teams have taken 14 of 15 in the conference semis. And Turkoglu’s attempt seemed the result of a poorly designed set. Another example of […]

The West is a Point Guard Lovers Paradise

NBA fans have to enjoy the point guard match ups playing out in the Western Conference. Chris Paul and his Hornets vs. Tony Parker and the Spurs, Deron Williams and the Jazz vs. Derek Fisher and the Lakers – does it make me Captain Obvious to suggest these guys are the top four at their […]

Tuesdays with Smitty: Draft Weekend Thoughts and other Rumblings

After trying to absorb as much of the NFL Draft this weekend, I came away with thoughts about teams, as well as some of the other action occurring in sports over the weekend. → The draft really needs to go back to being in the morning and not the 3:00 pm start that it had […]