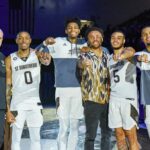 By CHUCKIE MAGGIO The vitriol poured onto social media, each comment as nasty as the last. “Embarrassing.” “Hit a free throw bum.” “You suck.” “You choked.” Many of the comments were made by jilted gamblers, of course, who felt the best method to express their anger was directing complaints directly at Kyle Lofton and his teammates. Several more, however, were made by St. … END_OF_DOCUMENT_TOKEN_TO_BE_REPLACED 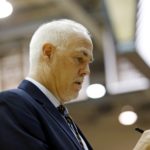 NEW YORK – Less than a handful of Division I basketball teams, St. Bonaventure head coach Mark Schmidt often notes, end the season with a victory: the champions of the NCAA Tournament, National Invitation Tournament, College Basketball Invitational and The Basketball Classic. On Tuesday night, Bona joined the ranks of the overwhelming majority who experience a bittersweet … END_OF_DOCUMENT_TOKEN_TO_BE_REPLACED 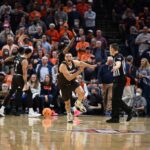 By CHUCKIE MAGGIO Their season has found validation in the unlikeliest of places, the most defiant of fashions. “They didn’t want us to get here,” St. Bonaventure head coach Mark Schmidt told his exuberant charges in the University of Virginia’s visiting locker room last Tuesday night. “But we’re here.” This wasn’t your run-of-the-mill “nobody believes in us” speech to … END_OF_DOCUMENT_TOKEN_TO_BE_REPLACED 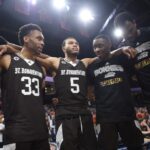 By CHUCKIE MAGGIO If the National Invitation Tournament’s decision to hold St. Bonaventure’s quarterfinal matchup against Virginia in Charlottesville, Va. rather than SBU’s Reilly Center accomplished anything, it placed about 5,000 more viewers in front of a television. St. Bonaventure’s NIT quarterfinal matchup with Virginia was the most-watched Bonnies game this season with … END_OF_DOCUMENT_TOKEN_TO_BE_REPLACED 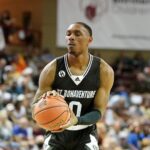 By CHUCKIE MAGGIO You could have devised a script where Kyle Lofton redeemed himself for two late misses during the Atlantic 10 Tournament quarterfinal game by sinking two winning foul shots a week and a half later in the National Invitation Tournament. Hollywood’s directors would send your work to the trash bin. Too cheesy of a plot twist after St. Bonaventure’s chances of … END_OF_DOCUMENT_TOKEN_TO_BE_REPLACED