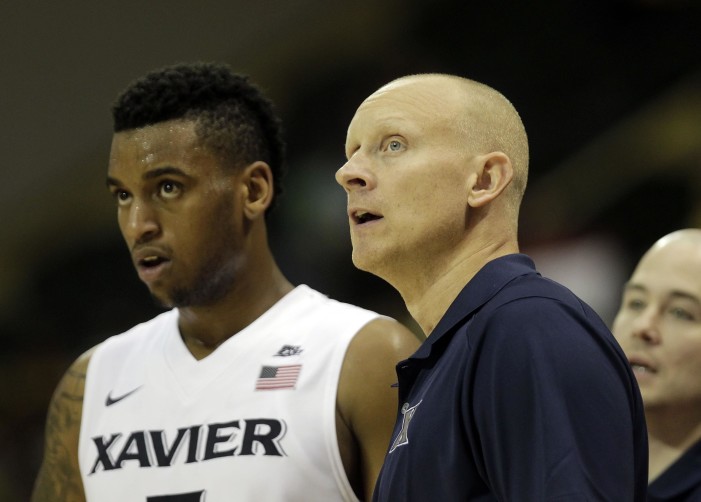 Xavier University sophomore guard Trevon Bluiett has been named as a USA TODAY Sports Third Team All-American. Bluiett, the leading scorer for the No. 5 team in the nation, was named to the BIG EAST Conference First Team on Sunday…

Wake Forest-Xavier: Tale of the Tape

Both teams enter play with a rebound margin of just +1. Xavier has established that stat against a tougher schedule. Wake has been hitting from the field at a rate of 46 percent. Xavier will trim that number with a stiff defensive performance.

Xavier and Kansas State: The Way The Game Was Intended

The match offered no catchy personalities. Fans can search both rosters. There is not much hype to be found. Kansas State has Jacob Pullen. He inspires denizens of the Fred Bramlage Coliseum to wear mock beards. Xavier’s Jordan Crawford created a stir last summer when he posterized a king.

K-State got the better of Xavier earlier this season. That was then. This is now, and this game is on neutral court. The Wildcats out-rebounded Xavier 39-30 in the win. McLean played 17 minutes and Taylor logged four.