To figure out who I am, you had better be willing to explore, not search for me. During my college career, I was a three time All Atlantic first team selection. During my four years, I average 12.7 points per game and 6.6 rebounds. I finished 11th on my school’s all-time scoring list with 1,475 points and 7th on the all-time rebounding list with 770 rebounds.

I am not sure how I feel about being a “Who am I? ” after all – I am still playing basketball professionally. When I was in college, I was a defensive terror. I finished my career with 940 rebounds good for 20th all-time in Atlantic 10 history. Add in 218 blocks for my career which is good for 10th all-time, and you didn’t dare come down the lane.

To figure out who I am, you won’t have to go very far down on the all-time scoring record in the Atlantic 10. I am #4 all-time with 2,324 career points and the leading all-time scorer in my school. Remember no peaking at the record books – that would be cheating!

Wow!! I get to be the first “Who am I? ” for the 2012-13 season. This is truly an honor, but I have to warn you – I am not going to make it easy. To know me, you have know my team’s basketball history. While I am not at the top of the record books, you can’t underestimate my importance on our team. While I could shoot, my preference was to get my teammates involved.

I was part of a deal that led to a World Series. You probably heard of the other guys: Nomar Garciaparra, Doug Mientkiewicz and Orlando Cabrera… 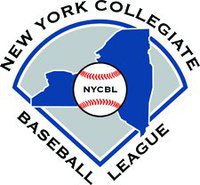 I did get one World Series at bat. Had my own Moonlight Graham moment getting a double in that one trip to the dish. It didn’t matter much. It was the bottom of the ninth in a game that we were losing 13-3. That we were able to play the game was significant…

To figure out who I am, you had better be on the defensive. I wasn’t known for scoring in my basketball career, although I did have a quadruple double as a professional.

To figure out who I am, you better know the history of the Atlantic 10 conference. You won’t find my name at the top of any of the all-time scoring records.

Roses are red, violets are blue. I am going to give you clues, it is your job to tell us who. You may not find my name at the top of my school’s all-time records, but I am pretty close.