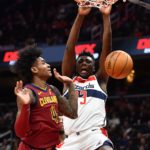 By BILLY HEYEN The Washington Wizards were scheduled with a lone ESPN game before the season. It's expected to be a rough, rebuilding type year for the Wizards. So if Rochester-native Thomas Bryant was going to make a national impression, he'd get one shot. That shot was Friday night, and Bryant didn't miss. The Wizards lost to the Cleveland Cavaliers, 113-100, but Bryant … END_OF_DOCUMENT_TOKEN_TO_BE_REPLACED 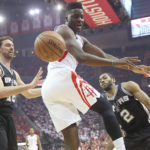 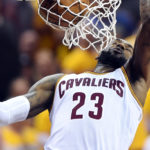 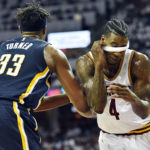 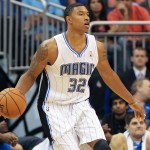 Courtesy of RichmondSpiders.com BROOKLYN, N.Y. – Former Richmond basketball standout Justin Harper has signed with the NBA’s Brooklyn Nets. Harper joins the Nets after spending the 2014-15 season with S.S. Felice Scandone in Italy’s Serie A. He was second on his team with 12.4 points per game, shooting 51.9 percent from the floor. Originally selected with the 32nd pick … END_OF_DOCUMENT_TOKEN_TO_BE_REPLACED