Bonnies outlast Rams in OT, move to first in A-10 Standings 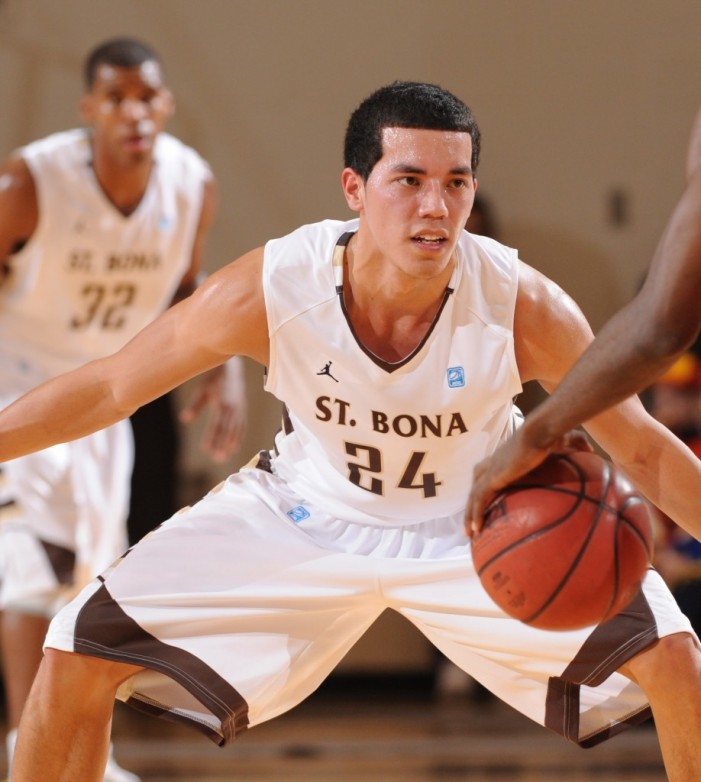 St. Bonaventure erased a 10-point halftime deficit and held on for a hard-fought 72-66 overtime victory over at the Ryan Center…

La Salle made its shots at a .566 clip from the field, while holding Rhode Island to .433 shooting and forcing the squad in 14 turnovers…

Courtesy of GWSports.com. WASHINGTON – On the strength of double-double performances by juniors David Pellom and Lasan Kromah and 18 points from senior Tony Taylor, the George Washington men’s basketball team picked up its first Atlantic 10 victory with a 69-61 win over visiting Rhode Island on Wednesday at Charles E. Smith Center. The victory […]

KINGSTON, R.I. – Behind a season-high 20 points from senior Megan Zullo (Greenville, N.C./Farmville/N.C. State), the UMass women’s basketball team used a gritty defensive effort in a come-from-behind win over Rhode Island, 46-39, at the Ryan Center on Wednesday evening. With the victory, which marked the first time the Minutewomen held an opponent under 40 […]

Junior Darien Brothers buried 8-of-16 shots, including 3-of-6 from long range, to finish with a game-high 19 points. He also handed out four assists and secured a career-high four steals…

FLYERS OPEN A-10 PLAY AGAINST RHODE ISLAND The University of Dayton hosts Rhode Island Saturday at 2 p.m. at UD Arena in its Atlantic 10 opener. It’s the Flyers first home game in more than a month – their last game at UD Arena was a 77-69 victory over Wright State on Dec. 6. UD […]

A good pick up for Rhode Island. He’s got a lot of upside. He’s an explosive leaper who can slash to the basket. He can score at the basket…

The Dukes finish the season at 19-13, while Rhode Island reaches 20 wins for the fourth year in a row…