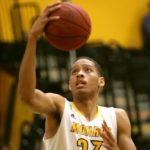 By PAUL GOTHAM ROCHESTER, N.Y. -- Outside, wind whipped snow across the parking lot. The forecast called for an arctic chill, but Monroe Community College men's basketball coach Jerry Burns was reminded of his golf game. Tournament MVP Marquis Gilbert scored 16 of his game-high 29 points in the second half as the Mohawk Valley Community College Hawks rallied to defeat the … END_OF_DOCUMENT_TOKEN_TO_BE_REPLACED 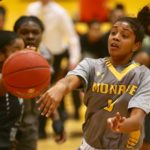 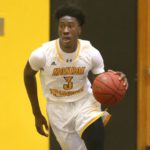 By PAUL GOTHAM ROCHESTER, N.Y. -- Devonte Dixon and Malik Colvin-Seldon paced an inside-outside attack, and the Monroe Community College Tribunes held off the Lackawanna College Falcons 91-79 in the first round of the 24th annual Pete Pavia Memorial Scholarship Basketball Tournament on Saturday. Dixon connected on seven of 12 attempts from behind the three-point arc … END_OF_DOCUMENT_TOKEN_TO_BE_REPLACED

Courtesy of MCCTribunes.com BRANCHBURG, New Jersey - Devonte Dixon scored 27 to lead the MCC men's basketball team to an overtime victory over Raritan Valley on Sunday and a weekend sweep of a pair of road games. The Tribunes topped Raritan Valley 87-84 to move to 6-4 on the season. That came on the heels of an 84-67 win against Lackawanna College on Saturday. Dixon … END_OF_DOCUMENT_TOKEN_TO_BE_REPLACED 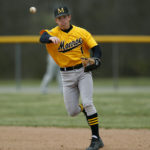 By PAUL GOTHAM Danny Mendick can laugh about it now. At the time, though, it had to be a tad unnerving. The 22nd round draft pick in the 2015 Major League Baseball League draft earned a spot in the Class A South Atlantic League All-Star Game on June 21st. For a reward the former Monroe Community College Tribune received a whirlwind July in which he spent plenty of time along … END_OF_DOCUMENT_TOKEN_TO_BE_REPLACED