The lead changed hands three times in the first half. After Gaby Belardo found Elton Frazier with an alley oop for a dunk, the Orange went on a 9-0 run. Triche hit a three. Kris Joseph scored in the lane, was fouled and converted the free throw. Jackson hit a jumper in the lane, and Scoop Jardine went the length of the court for the 9-2 lead. 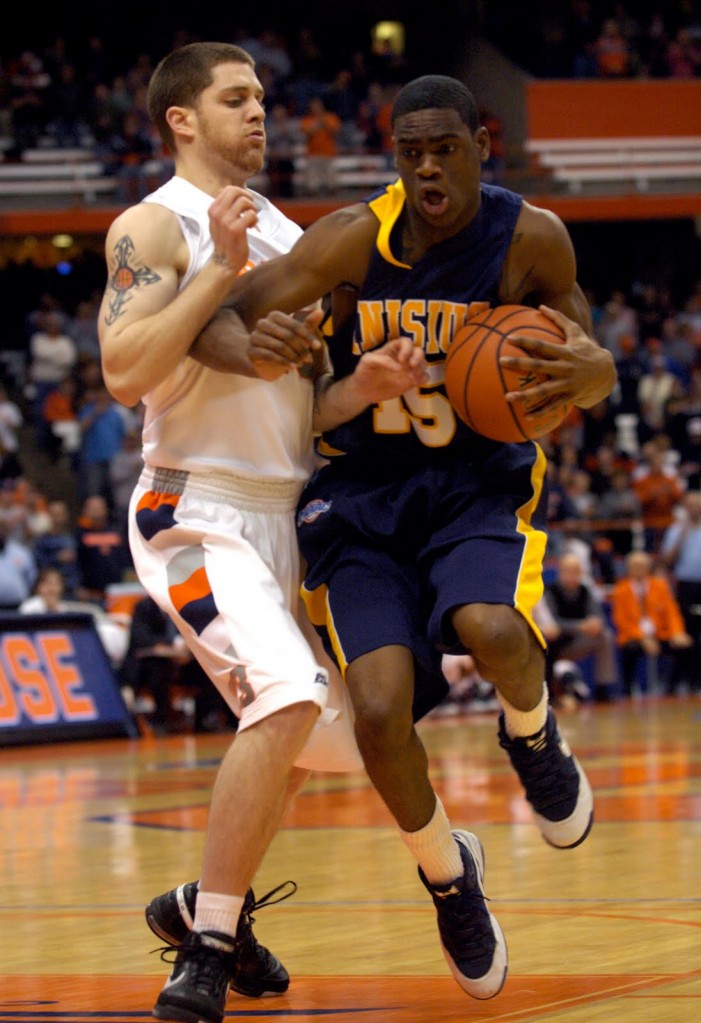 Five years ago, Parrotta took the helm and put into place an expectation that came to fruition last May when Frank Turner graduated with a master’s degree. Parrotta’s plan is simple. Come to Canisius and get a bachelor’s degree in three years and leave school with an advanced degree. Coles, Frazier, Robert Goldsberry, Logins and Vazquez-Simmons all completed their four-year degrees last spring. The five seniors are in line to get their master’s by the end of the next semester.