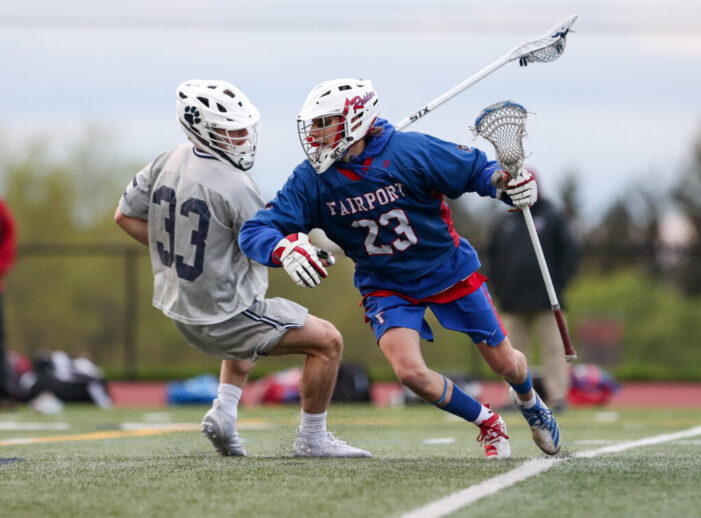 Fairport out-scored Pittsford 6-2 in the second half and the Red Raiders won 10-7 in the first game they’ve played since the 2019 Class A New York State Championship game.

Mercy girls lacrosse improves to 4-0 with victory over Irondequoit 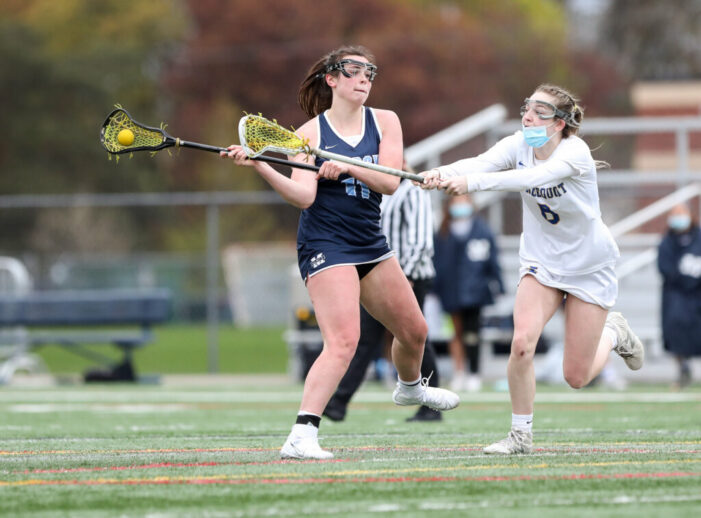 Mercy girls lacrosse coach Anthony Yandek, unlike the Monarchs’ opponents, will miss Sami Carey, Kristyn Johnson and Caroline Murphy when they graduate next month. The three scored 12 of Mercy’s 13 goals in a 13-9 victory over Irondequoit Monday. 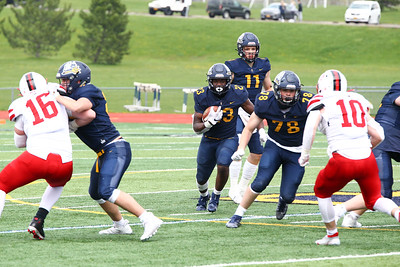 Victor’s defense stopped the Cadets, not just from scoring in the opening seconds but the rest of the first half and ran away with a 55-7 victory en route to Saturday’s Class AA Final. 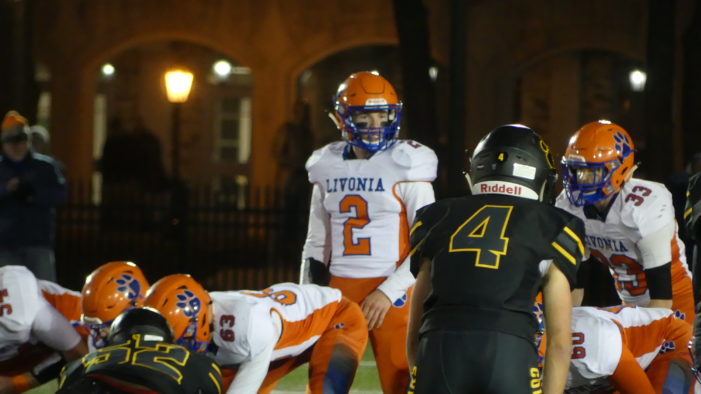 Livonia scored on the second play from scrimmage and the Bulldogs’ defense shut down Waterloo in a 50-6 win in the Section V Class C football semifinals on Saturday night. 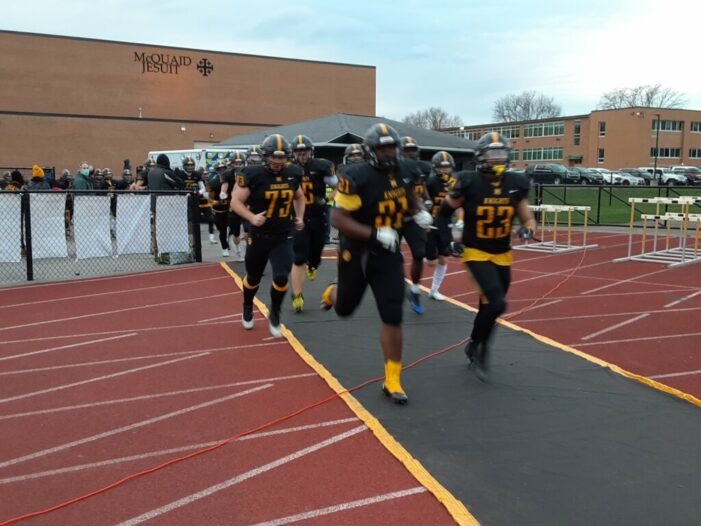 Senior quarterback Joe Cairns completed 16-of-22 passes for 156 yards and four touchdowns as defending Class AA Champion McQuaid earned the number one seed for Sectionals with a 35-8 victory over Rush-Henrietta. 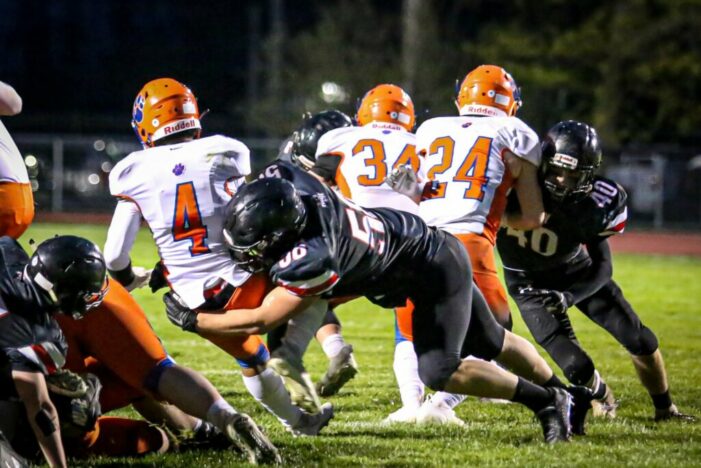 “I’m not sure how exciting it was for everybody else to watch.” 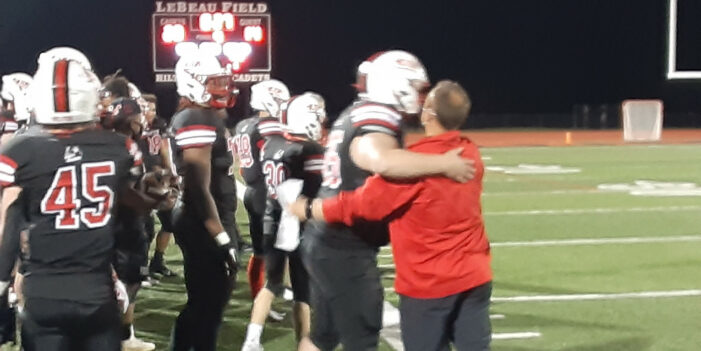 With lightning and thunder in the backfield this season, the Cadets have returned to the ground and topped Aquinas for the first time, 28-14 on Thursday night.

Knight time: Le Roy improves to 4-0 with a win at East Rochester/Gananda 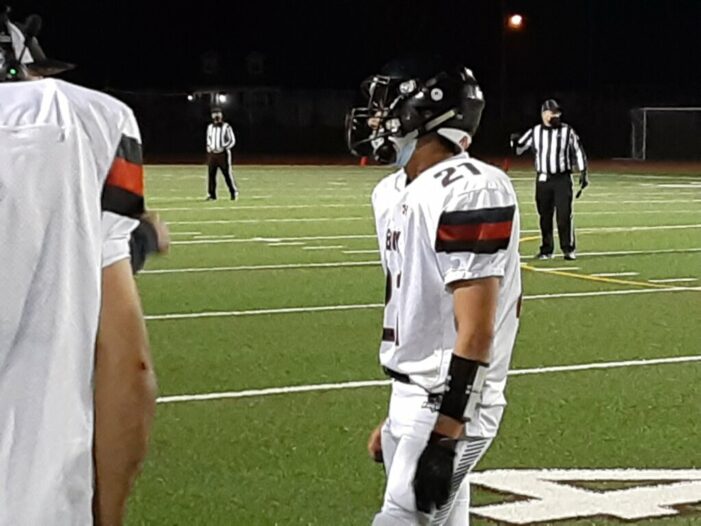 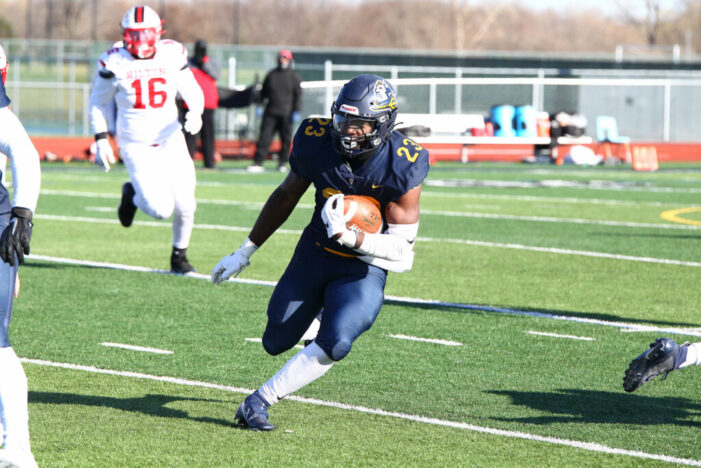 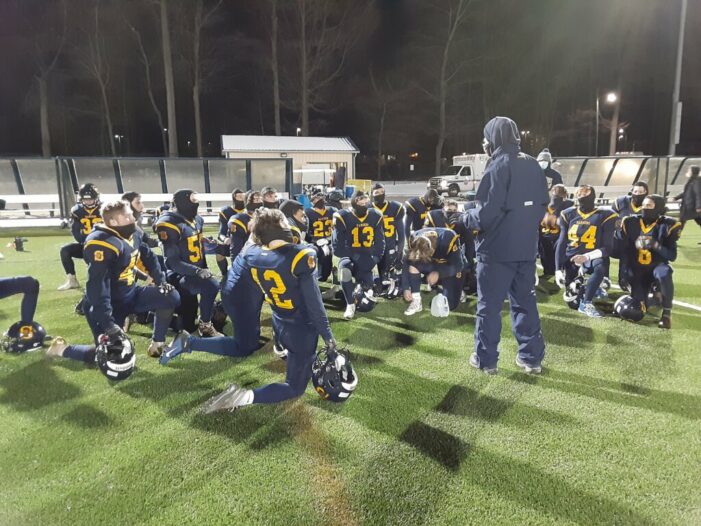 The Rangers vaunted Double-Wing offense, which features as many as five potential ball carriers, accounted for 200 yards of offense but John Dowd’s defense forced the Bruins to get out of their run-first comfort zone.