Surveying some of the top hardwood performers in Section V during the week of November 29th to December 5th.

MASON BLACKWOOD 6-foot-6 So. F Aquinas Li’l Irish (Private/Independent) – Rugged interior player who is going to be fun to watch in the coming years; Blackwood easily sheds contact in the post, fearless while finishing on either side of the rim, he demands special attention on the block, runs the floor well, catches in stride and finishes with authority; a relentless rebounder, he resists first block out attempt and stays in motion while the ball is on the rim; a responsible defender, he understands his role as a part of a unit.

KYLIE BUCKLEY 6-foot Jr. F Livonia Bulldogs (LCAA Division I) — Gifted athlete with a strong skillset; Buckley’s ability to run the floor and make plays separates her from other players, she is comfortable catching passes in full stride and finishing at the rim, at the same time she can set up teammates in transition, shows her technical abilities in half-court sets where she is adept at breaking down opposing players, she demands a double-team on the low block, finishes well at the rim and her developing mid-range game is of note; high motor on defense and on the boards, she can defend the opponent’s best player, her athleticism allows her to matchup in the post and at the same time she can step out on the perimeter and contain smaller guards.

Kylie Buckley ahead from Libby Kwak for 2 of her 12 here in the early going. pic.twitter.com/sSxcCvvt6y 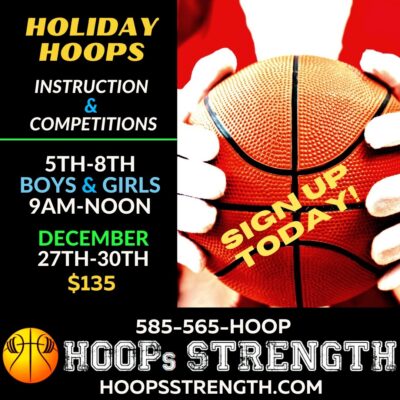 MIKE MORGAN 6-foot-1 Sr. G Edison Tech Inventors (RCAC) — A versatile performer who can score from anywhere on the floor; Morgan picks his spots well, understands when he has good look from the perimeter and has the ability to connect, at his best when he puts the ball on the floor and gets to the rim, finishes well in traffic from either side of the rim; tireless rebounder who keeps his feet moving while the ball is in the air, couple that with strong hands and he is an asset under the boards; makes sound decisions in the open floor, gets downhill quickly and is difficult to keep from where he wants to go.

JAYDEN RIDLEY-SMITH  5-foot-9 Jr. G Vertus Warriors (Private-Parochial) — Inside – outside threat who can fill it up quickly; Ridley-Smith does not need the ball to work hard, he stays in motion and is always a threat, strong finisher at the rim who uses his lower center of gravity to gain a step on defenders in the perimeter before getting the space needed to get to the rim; a willing defender, he can matchup with opponent’s best perimeter player and limit touches received for that opponent; at his best in transition from defense to offense.

Jayden Ridley-Smith drills his third triple in as many attempts. ⁦@VertusAthletics⁩ is on a 12-0 run for a 47-41 lead with 2:34 on the clock. pic.twitter.com/Sd5IDvtgS1

CAQUAN WESTER 6-foot-7 Sr. F Eastridge Lancers (Monroe County Division IV) — A potentially dominant interior player, Wester has the ability to dictate a game’s tempo, catches well in traffic and can finish with power while maintaining a touch when the situation is right; a disruptive force on the defensive end, he uses his length and quickness to limit the vision of opponents, he consistently forces adjusted shots and passes, anticipates plays well and reads caroms off the rim and understands the value of positioning.