Northstar Christian closed the regular season with a pair of road victories last week. On Tuesday night, the Knights locked down on the defensive end and held Marcus Whitman to 20 first-half points to avenge their only loss of the season. Turner Harris led five players in double figures with 16 points as Northstar Christian held off a late rally for a 68-58 win. Marcus Whitman downed Northstar 77-66 in December. On Thursday afternoon, JJ Garwood’s squad eclipsed the century mark against Charles G. Finney for the second time in as many matchups. Ryan Garwood scored 23 points while Andrew Newcombe tallied a 20-point, 15-rebound double-double in the 104-79 victory.

The Knights head into sectionals with a 14-game winning streak and a 19-1 record – the exact same record they had heading into the post-season a year ago. Northstar Christian is the No. 2 seed in Class A2 behind East High (18-2) and will face the winner of NE Douglass/Monroe on Saturday at 7 p.m.

Rush-Henrietta exploded for a season-high 94 points in a 94-80 win over Leadership Academy and held off Fairport, 48-46, to end the regular season. The Royal Comets (14-6) head into sectionals as the No. 3 seed in Class AA and will face Bishop Kearney on Tuesday at 7 p.m.

Shamar Lee erases a shot off the backboard for Brockport.

From earlier: Shamar Lee breaks out the eraser for @BrockportB pic.twitter.com/gFpv6ltHV0

Melvin Council, Jr. beats the halftime buzzer with a three-pointer from near halfcourt for UPrep.

This is Melvin Council Jr. beating the halftime buzzer to put UPrep up 38-29 and give him 20. @PickinSplinters pic.twitter.com/Z1Kizm4Syt 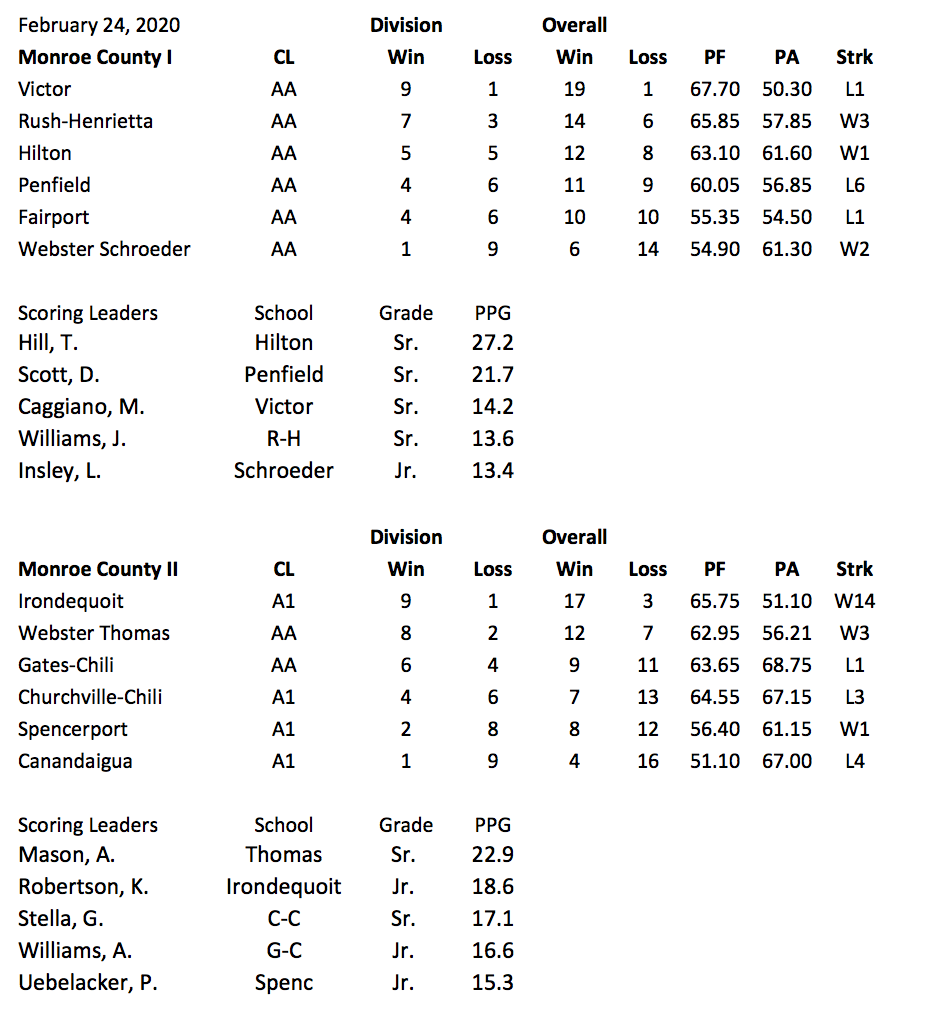 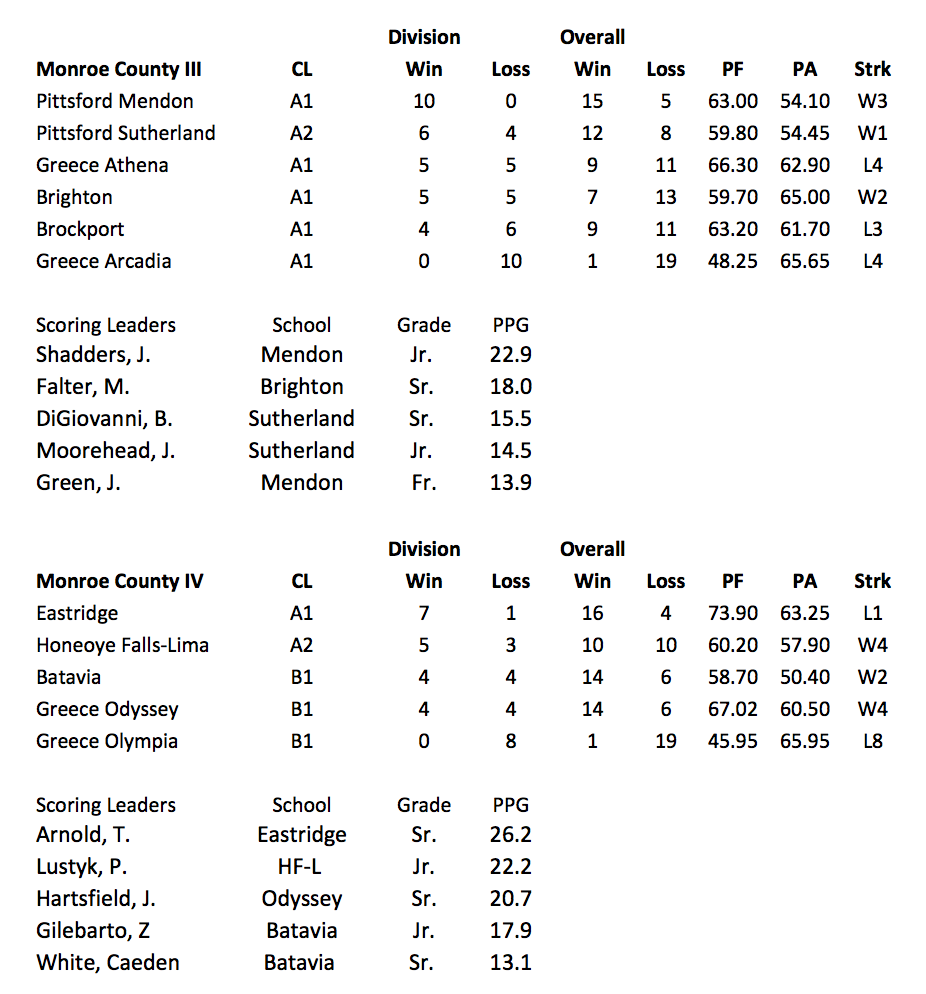 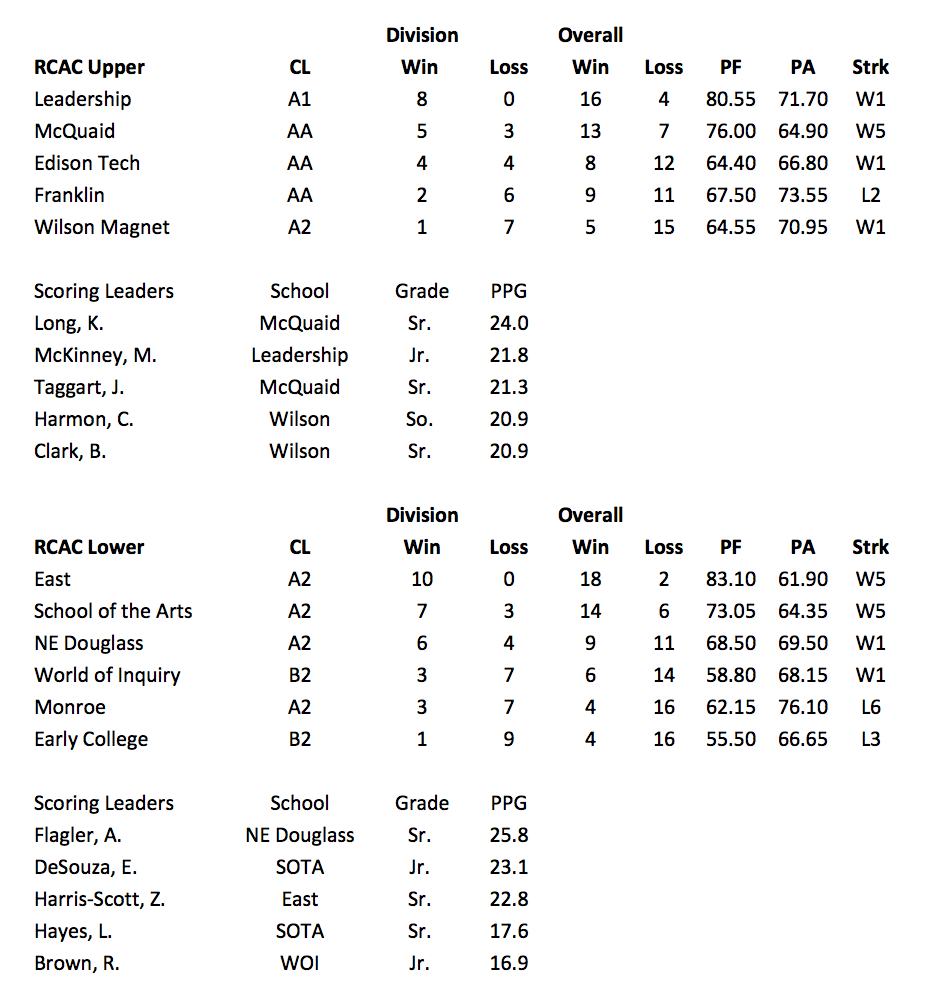 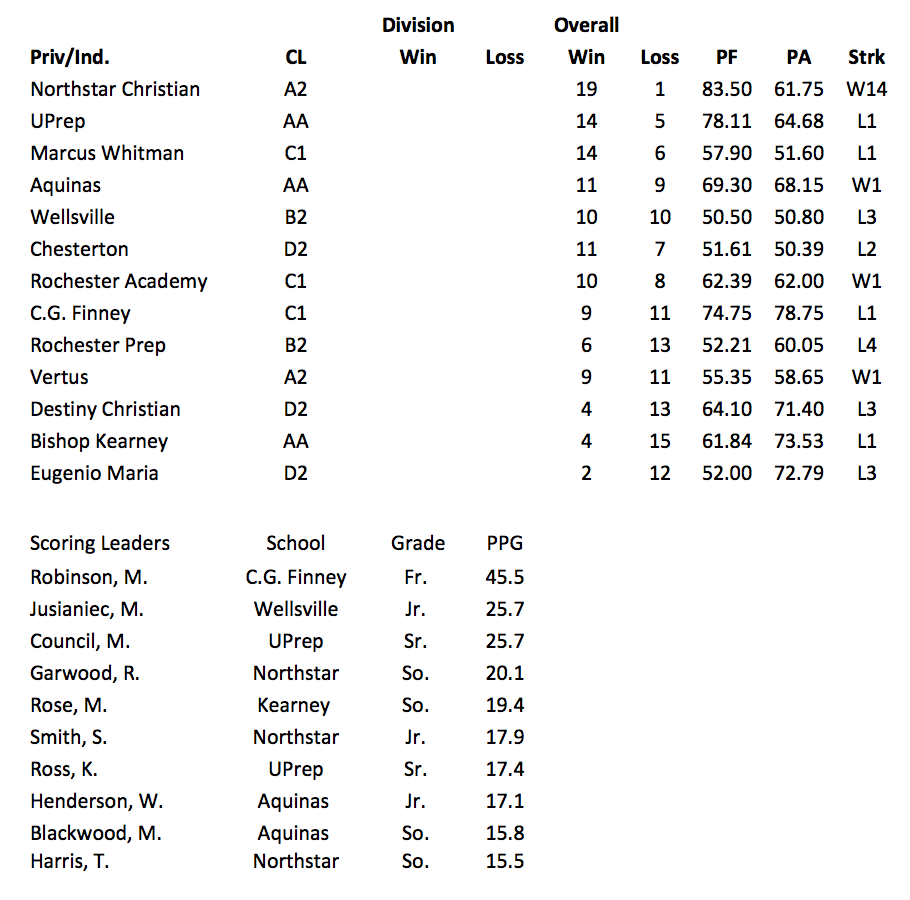 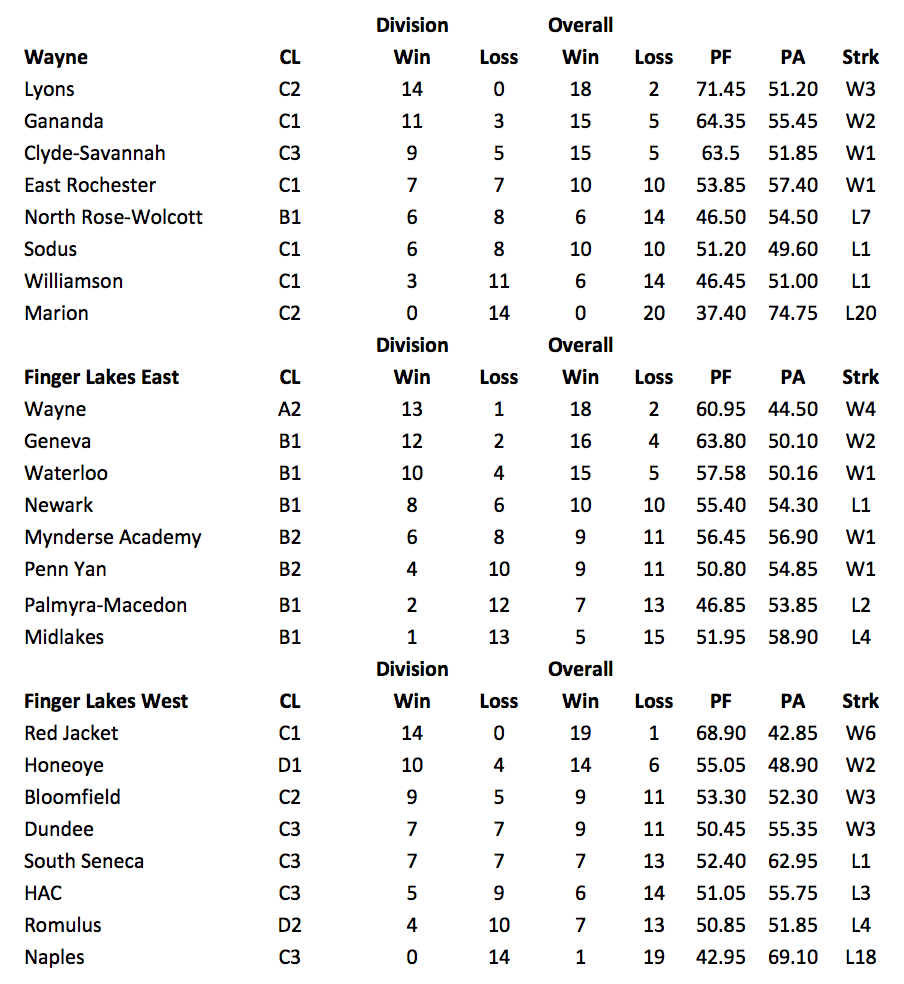 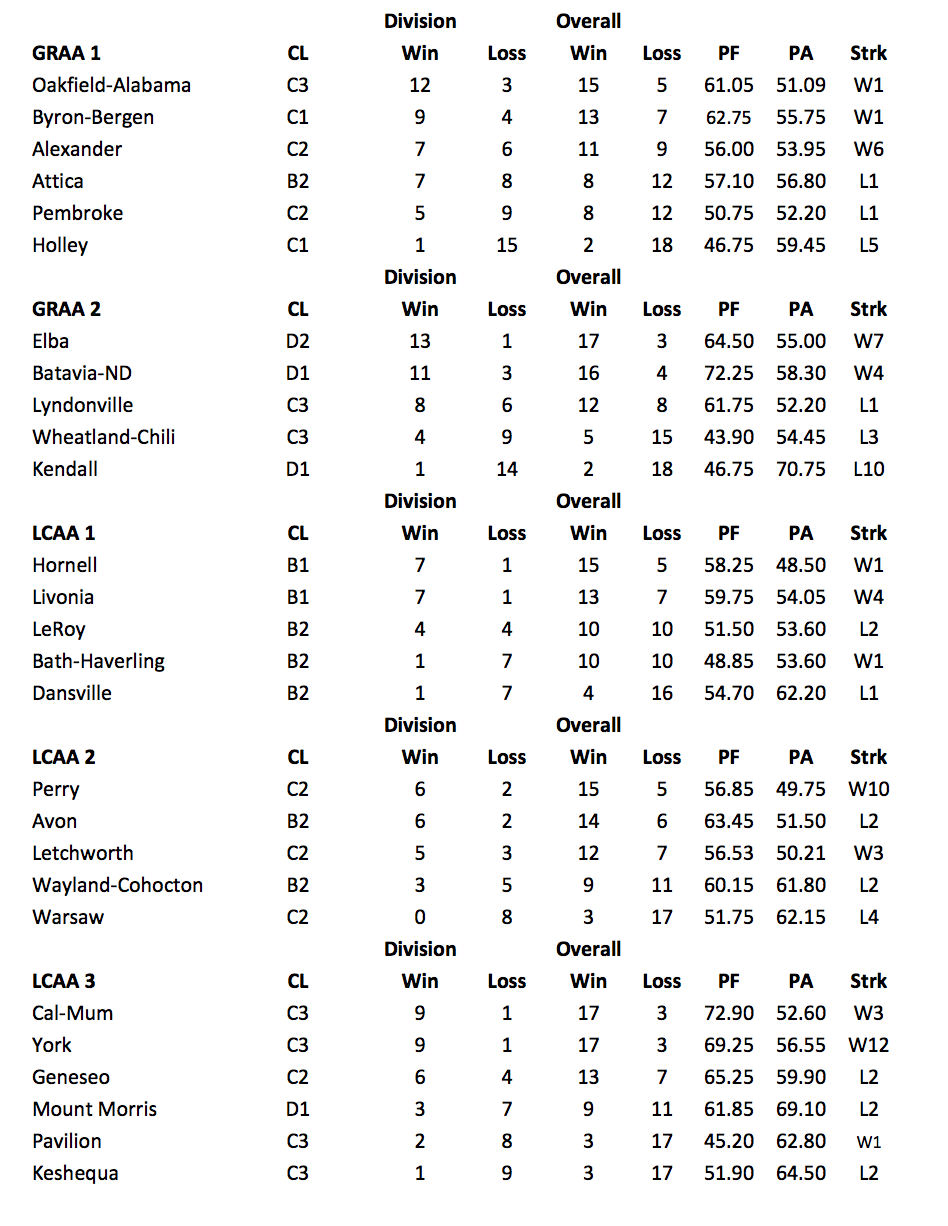 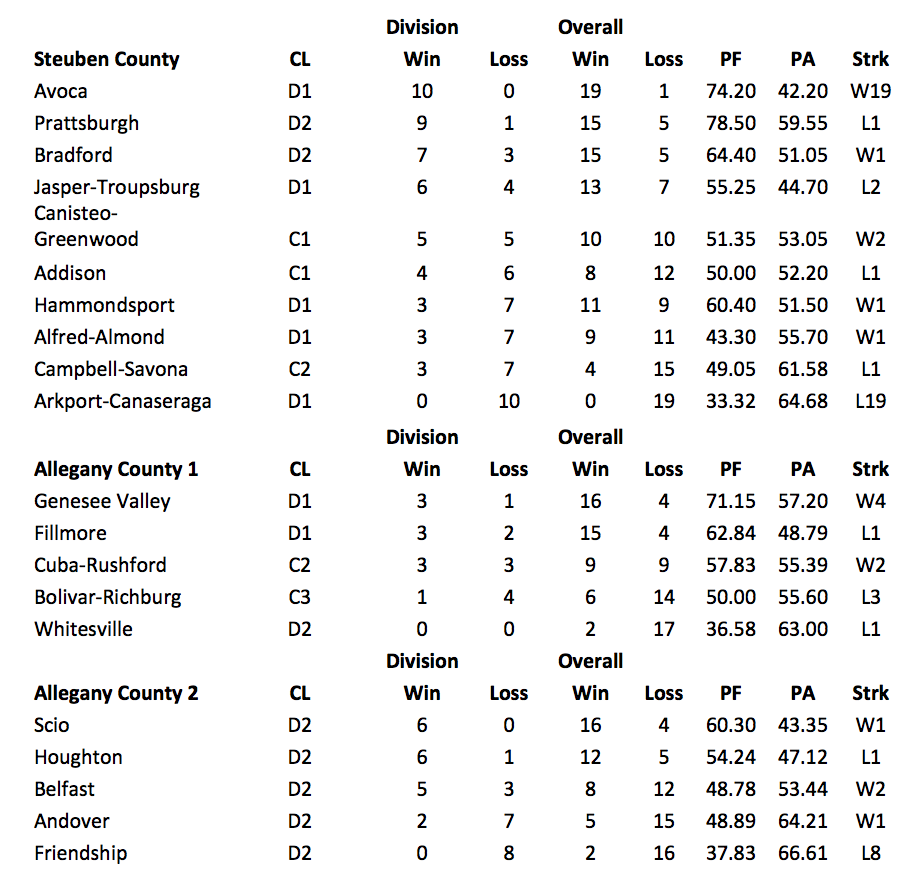 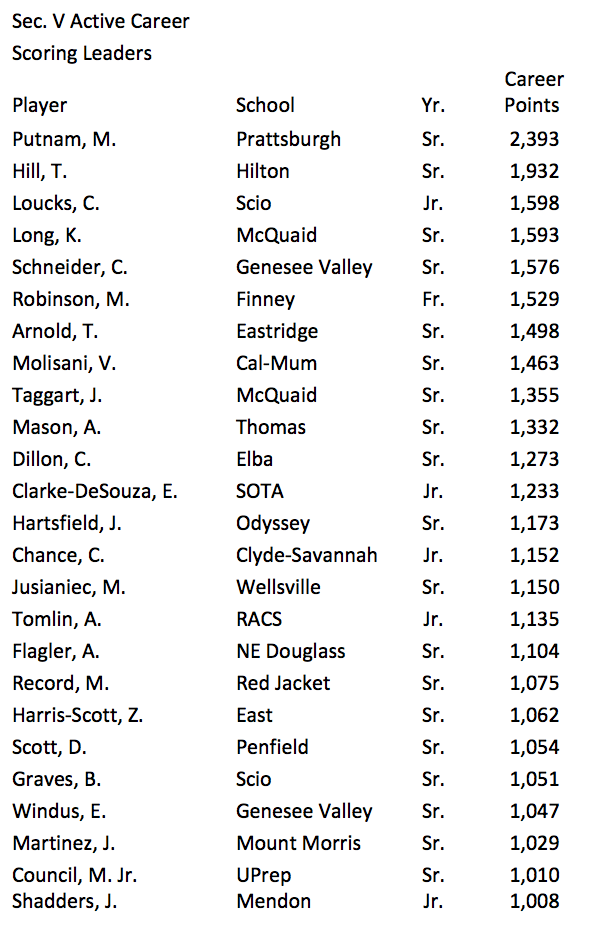