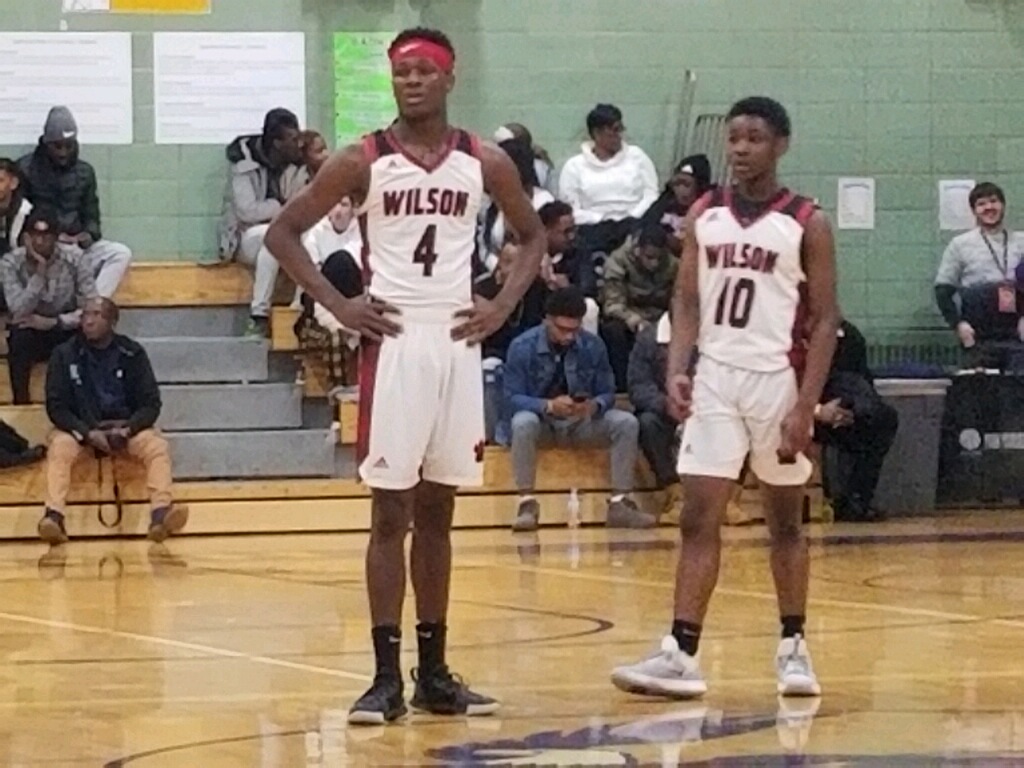 ROCHESTER, N.Y. – Brendan O’Toole knows that he has the offensive weapons to compete with the top teams in Section V. The Wilson Magnet head coach just wants his squad to consistely defend for a full 32 minutes. O’Toole hopes that Saturday’s performance in the Rochester Area Players (RAP) High School Invitational proves how great his team can be.

The Wildcats locked down on defense in the second quarter and poured it on offensively in a 74-48 victory over the Bishop Kearney Kings.

O’Toole’s squad used a man-to-man and half court trap defense to force five turnovers and 10 missed field goals in 18 possessions in the second period. Brennan Clark netted seven of his game-high 21 points as the Wildcats outscored the Kings, 20-6, to take a 32-19 lead.

“It was really our energy,” Clark said as the Wildcats snapped a three-game skid. “We came out with good energy, kept moving the ball. We were very good at picking up at who we had to pick up. Rebounding, boxing out, playing our role. We didn’t really rush it. We just slowed it down and played our game.”

Clark made three layups and a free throw. Christian Harmon finished a pair of layups, including a traditional three-point play, and knocked down a long-range shot. Damel Turner netted two foul shots and a left-corner three-pointer to round out the scoring in the second quarter.

“We can’t hold the ball for too long because we knew they were ready to jump,” Clark explained. “We got to get the ball up. So if we get the ball, move it up as quick as we could.”

“We were pretty aggressive guarding the ball,” O’Toole said. “Offensively, we talked about moving the ball more. Having BJ (Clark) be more active inside. Just kind of have him behind the zone a little bit. Guards getting into the gap some.”

The Wildcats continued their onslaught in the third quarter with a 10-2 run out of halftime to take a commanding 42-21 advantage.

“It was really my teammates,” Clark said. “They was finding me open. They were getting me good looks to get to the basket.”

“He’s averaging 21-22 (points per game), 14 boards,” O’Toole said about his senior forward. “That’s the type of night we expect out of him. Defensively, he’s averaging three or four blocks a game. He’s a big part of fueling the defense. He can guard positions one through five. He’s got great energy running the floor.”

Harmon netted three from beyond the arc as part of his 16 points. The sophomore forward grabbed seven boards, swiped three steals and handed out a pair of assists.

“He came out hungry,” Clark said about Harmon. “Ready for rebounds. He was trying to make a go for 20 rebounds today.”

“He shoots the three great,” O’Toole said. “I thought what was really good today was that he didn’t force things and he moved the ball well. He went inside when he needed to. He found open spaces. He wasn’t afraid to give the ball up. There were a couple of times he probably could’ve shot, but the guys were open, so he made the extra pass.”

Rashi Smith-James pitched in 10 points. Joshua Joyce (7), Daykwon Harris (4), Turner (4) and James Johnson (2) rounded out the scoring for the Wildcats, who forced 17 turnovers and 42 missed field goals in 73 possessions.

Wilfredo Sanchez (9), Shawn Anderson (5), Quentin Evans (5) and Deiontray Dixon (2) rounded out the scoring for the Kings.