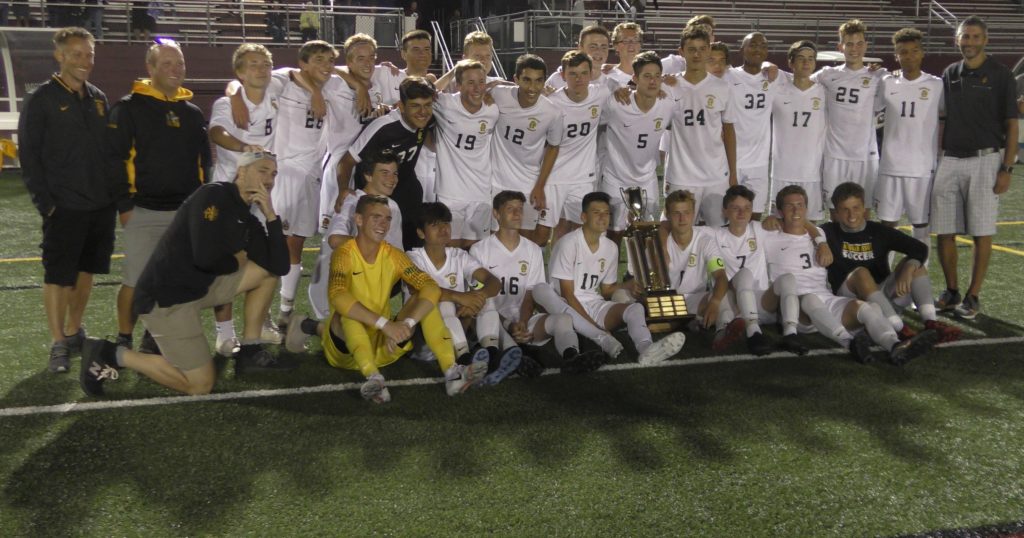 Talsania connected from 30 yards less than two minutes into the match. The midfielder set up Elliott Aguirre two minutes later and McQuaid was off to a commanding lead.

“We knew if we scored early, we’d put them down,” Talsania said of the mindset coming out of the locker room.

Andrew O’Hern made it a 3-0 game with an assist from Ryan Brown before Aquinas put its first marker on the board.

Talsania wasted little time finding the back of the net three minutes into the second stanza. This time he struck from 40 yards out.

“Over the summer, me and our goalie Carter Duncan we went to Brighton High School and shot,” he explained. “I’ve been working on that, so it came natural. They gave me the space, so I just hit the ball.”

The same two teams will meet at McQuaid on October 12th.