Outlook: The Inventors rebuilt a solid team filled with young talent after losing 13 seniors last season. In that roster are more pitchers and more players that can play multiple positions. Will this young, versatile team make noise in the league?

Outlook: Can the Quakers overcome early-season question marks, such as pitching and catching, to improve from last season?

Outlook: Leadership has eight seniors on its roster that are looking to build off of last year’s winning season. Morales, Rivera, and Mercado will lead the way on the mound, while Jaquez Cochran, Morales, and Rivera will contribute at the heart of the Lions’ lineup. Will the senior leadership fire up a hungry Leadership team?

Outlook: Despite being a relatively young team, the Wildcats bring a few solid players back this season while adding young talent with strong youth experience. Will the two mix to become a threat in the league?

Outlook: East is looking to build upon the leadership of its returning players to appear in its 15th consecutive City Championship game. Many of last season’s top contributors graduated, leaving a mix of young talent worked into the lineup and pitching rotation. The squad hopes to improve as the season progresses; will they be playing their best baseball at mid-May?

Outlook: Will this young team live up to its potential to bounce back from last season? 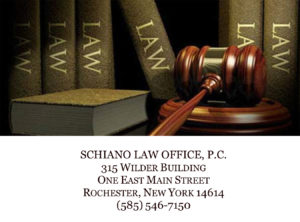 Outlook: Can a fresh perspective in the new head coach, alongside the returners, help the Panthers bounce back?

SCHOOL OF THE ARTS SILVERHAWKS (Class A2)

Last season: Finished 11-8 and lost to Wayne in sectionals.

Outlook: Will the Silverhawks’ off season work give them an edge early in the season?