Prattsburgh’s Mason Putnam led one of the most prolific offenses in Steuben County which garnered a No.1 postseason seed, No. 2 NYWSSA Class D ranking and No. 7 Pickin’ Splinters SS ranking by the end of the season. He has scored the most points of any current junior in Section V. For his top level play this season, Putnam received 2018-19 Steuben County Player of the Year honors. 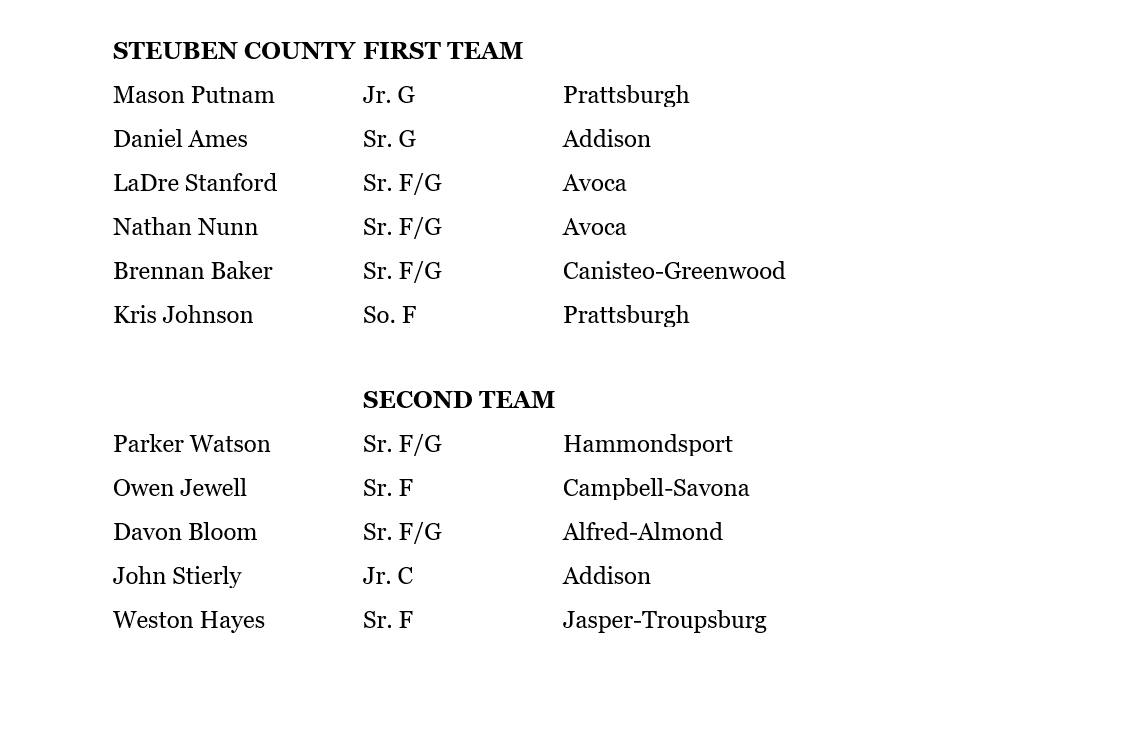