The big boys in Monroe County Division 1 were led by Pittsford’s seven selections to the first team while Fairport and Hilton each put six players on the list.

Onome Kessington, a 6-2, 280-pound defensive tackle who recently committed to play at Cornell University, was named the Division I Player of the Year. A dominant defender who disrupted opponents on every snap, he finished the year with 44 tackles, nine sacks, four forced fumbles, and 20 hurries despite facing double-team blocking schemes most of the year. He was also named to the Division 1 first team a year ago.

“We are very proud of the way our players played and the coaches coached this year,” first-year Fairport coach Marc Vitticore said. “We look for highly competitive players and coaches who give it all no matter what. Onome was definitely one of those players this year. It’s nice that the other coaches saw what he did and recognized him for it.”

Of the 24 players named to the first team, 15 were on offense, which reflects the highly potent offensive squads aligned with Division 1. Twenty-one are seniors and only three are juniors. 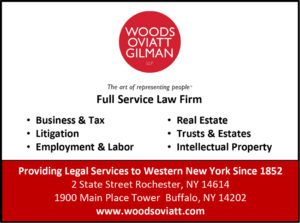 Only three offensive linemen made the first team as Jake Provenzano (Fairport), Colin Burns (Hilton) and Jake Cole (Pittsford) got the nod upfront.

Kicking duty honors went to Kyle Hennessey (Pittsford) as the place kicker and Noah Panepinto (Hilton) as the punter.

Hill, Iorio and Hennessey were the only juniors named to the first team.