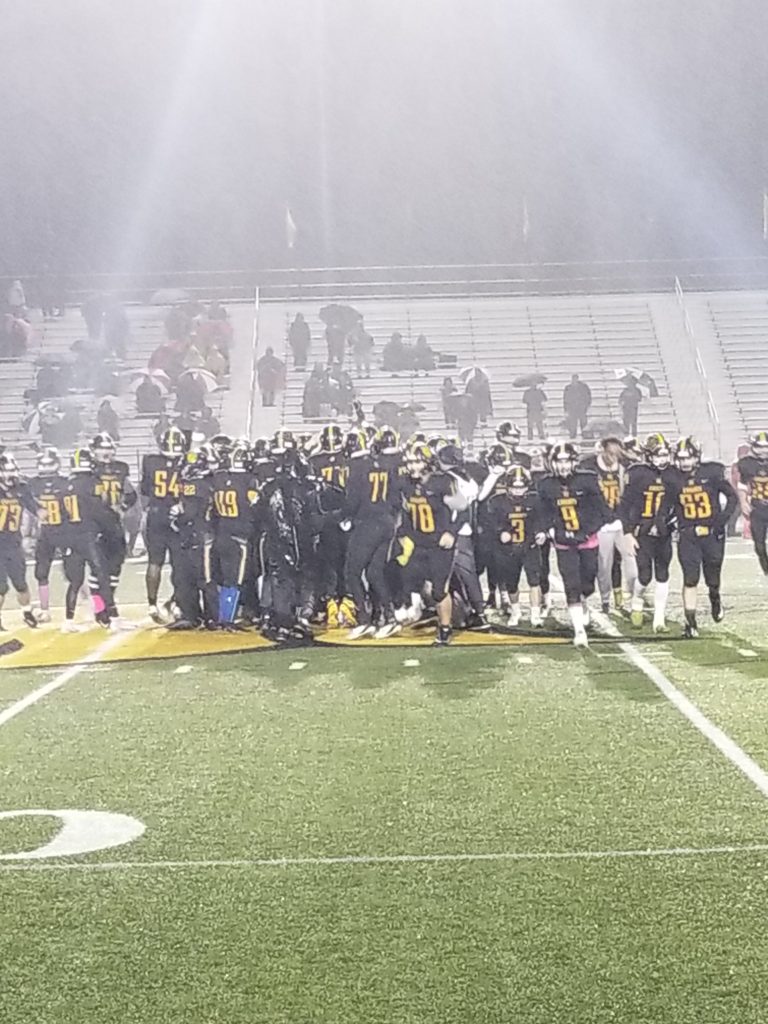 Passero finished the game with 121 rushing yards on 19 carries and now has five rushing touchdowns in two sectional games for the Knights. Head coach Bobby Bates had nothing but praise for his featured running back.

“He’s a really smart kid. He works his tail off day in and day off and he’s just a resilient running back,” Coach Bates said in a postgame interview. “And if you ask Mark, he’s going to credit the O-line because he’s a very humble kid.”

McQuaid’s defense contributed to the rout as well as they forced Hilton to punt on four of their seven drives that they had throughout the game. Before halftime, sophomore defensive lineman Aldrin Wilson recovered a fumble and took it to the end zone on the Cadets’ second play of a drive that started at their 25-yard line. His fellow defensive lineman, senior Will Anderson, corralled in an interception after picking off a pass in the air that juggled in his hands for a few seconds.

McQuaid will play the Aquinas Institute L’il Irish in the Section V Class AA Final next Saturday, 7:00pm at SUNY Brockport. The Knights are trying to avenge a close loss to the L’il Irish on October 6th. Aquinas is the No. 1 seed in the field and dominated Pittsford earlier in their semifinal game, but Coach Bates is up to the challenge.

“That’s a really, really, tough team and a great program,” Coach Bates said about facing Aquinas. “We’re going to have our work cut out for us, but I’m glad that we’re doing it with these kids.”