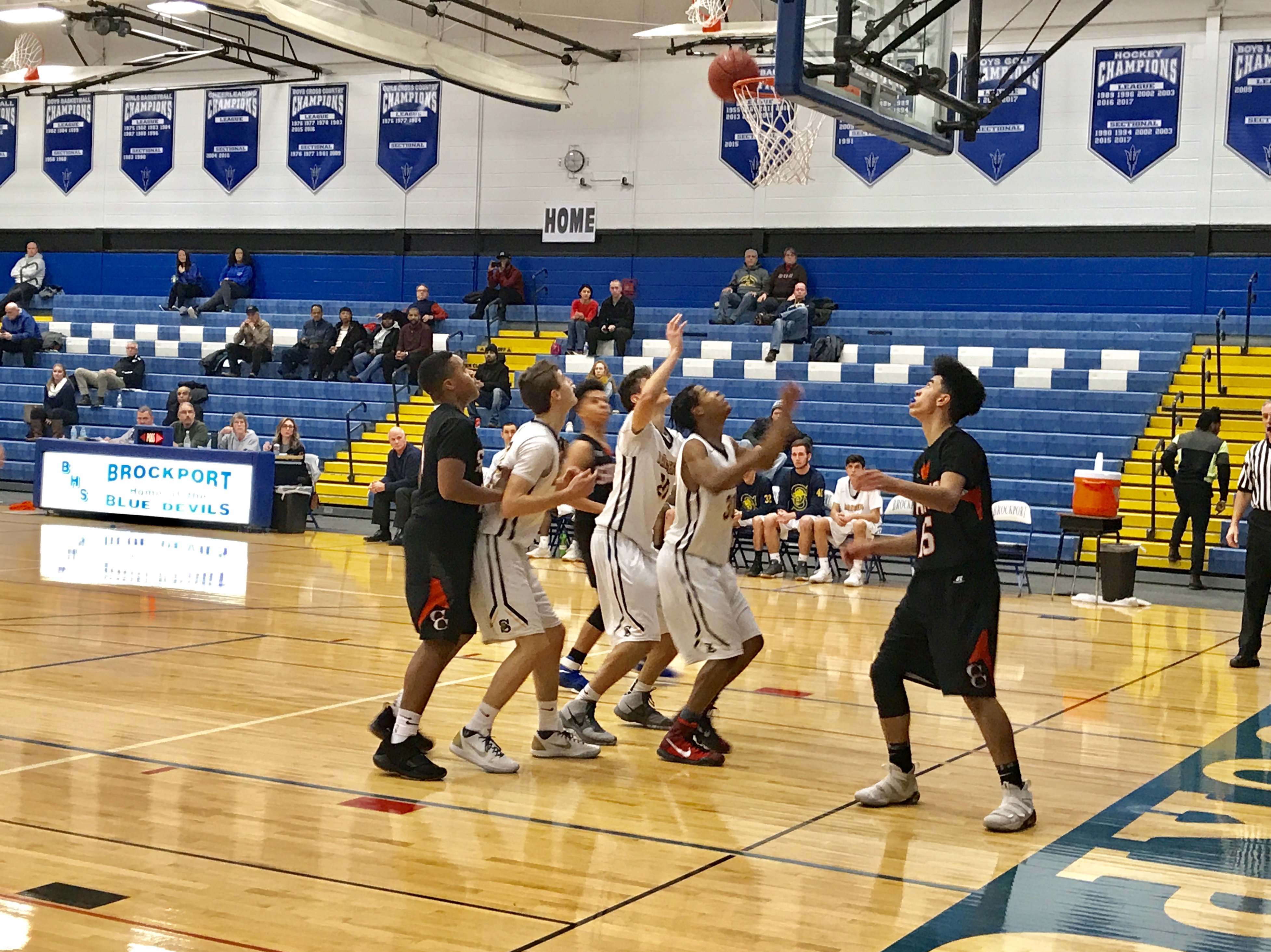 BROCKPORT, N.Y. — Noah Mundt and Josh Reding combined to score 13 second-quarter points as the Spencerport Rangers doubled up the Churchville-Chili Saints en route to a 68-48 victory in first round action of the Doug Westcott Memorial Tournament, Thursday.

Mundt scored seven of his 21 points in the stanza, and Spencerport took a 37-18 lead into the locker room on their way to their second straight victory.

“Noah has really stepped up,” Spencerport coach Kyle Trevas said of his senior forward who also hauled in 10 rebounds in the contest. “I don’t want to say he has been surprise because he is a hard worker. He past a couple guys up, got an opportunity and he’s been close to averaging a double-double for us.”

Reding connected twice from the behind the 3-point arc during the second quarter and finished with 10 points to go with four assists on the day.

“Our rock is Josh Reding,” Trevas noted. “He is the quintessential point guard. He takes care of the ball, does everything.”

Leading by one after the first eight minutes of play, the Rangers outscored Churchville-Chili 19-7 in the second quarter.

“The guys did a really nice job,” Trevas added. “They were talking defensively. There’s just a correlation. When you talk, the body responds to it as well. That really helped our guys. It provided reminders of where you need to be in our defense.”

The Rangers improved to 3-4 with the win.

“It was a good win. We really needed that,” Trevas said referring to recent close losses to Penfield (59-55) and Webster Thomas (68-66 in overtime). We’ve had a tough schedule and been in a lot of close games. It’s just been tough getting over the hump.”

Mundt topped the 20-point mark for the third time in the last four games. He is averaging 17.4 points per game.

Spencerport will Gates-Chili in Friday’s championship. A 6 p.m. tipoff is scheduled.