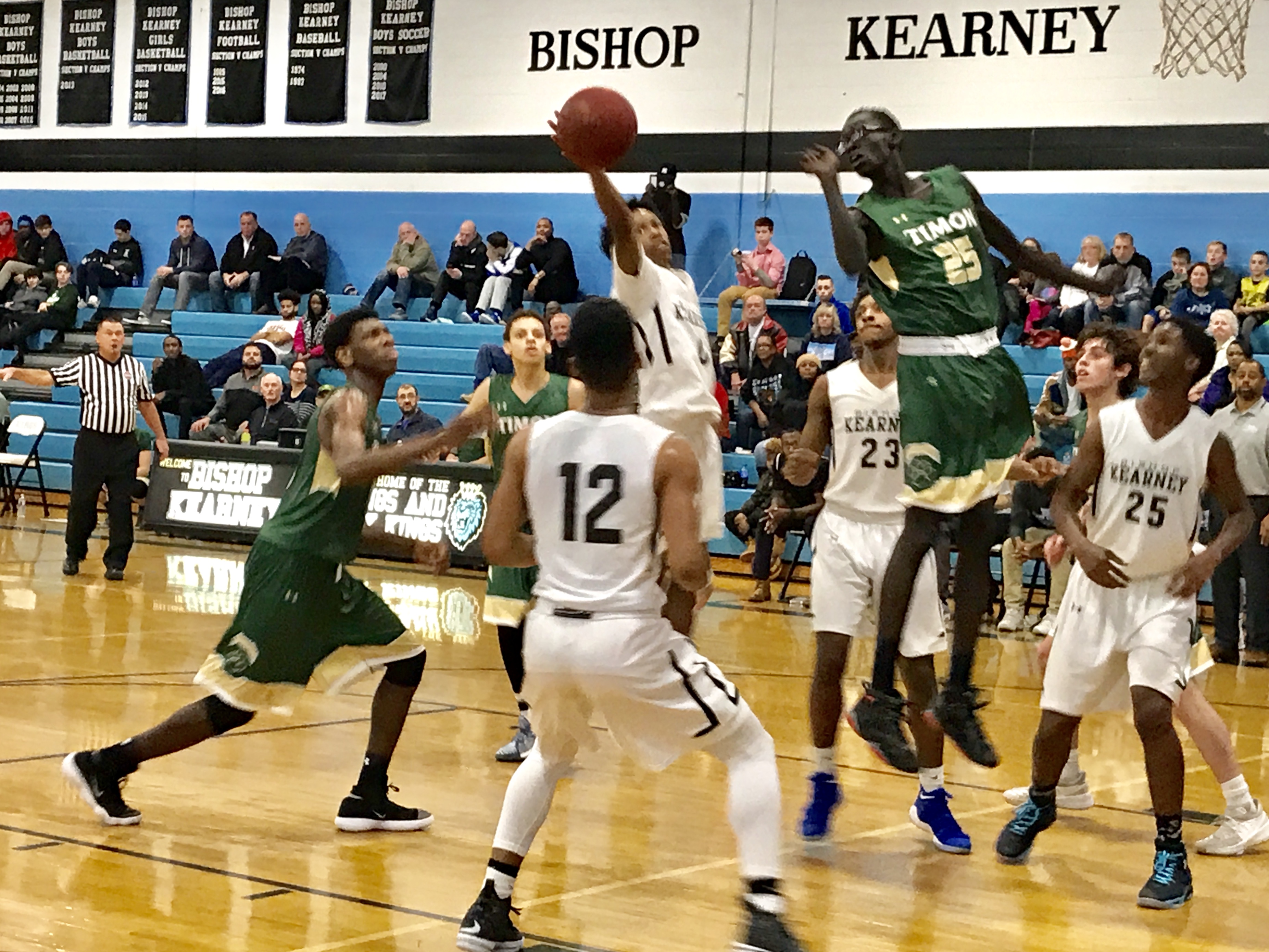 Five different players contributed points during the fourth quarter, and the Bishop Kearney boys basketball team cut a 24-point deficit to four, but it wasn’t enough as the Kings fell to the Bishop Timon Tigers, 60-54 Saturday afternoon at Ed Nietopski Gymnasium.

Kevin Goode Jr. sparked a 10-0 run early in the fourth quarter as Kearney came within single digits of Timon for the for the first time since the start of the second quarter.

Jamal Williams pulls Kearney within 11 with 3 to go. pic.twitter.com/kCFCfnp3sd

Jordan Love followed with a rebound and putback to pull the Kings with six at 53-47 with 2:11 remaining in the contest.

Three trips down the floor later, Goode converted three free throws. The senior guard then set up Love with a lay-in to make it a six-point game with 25.6 to go. After Kearney’s press caused the fifth Timon turnover of the final stanza, Jamal Fennell hit two from the charity stripe.

Tehron Goudelock and Master Radford combined on 12 points in the second quarter as Bishop Timon outscored Kearney 20-10 to take a 39-20 lead into the halftime. The duo had a hand in giving the Tigers their largest lead of the game. Goudelock scored on back-to-back steal-and-bucket situations before Radford’s basket with less than two minutes to go in the third quarter gave Timon a 50-26 lead.

After committing six turnovers in the third, Kearney closed on a 7-0 and eventually outscored Timon 21-3 over the next even-plus minutes of play.

Fennell finished with a team-high 12 points. Goode scored 11. Love added 10. Gray had nine points for the Kings, and Williams chipped in with seven. Michael Gentile scored five for BK.

Bishop Kearney (2-4) played without starting guard Shykell Brown who was injured at the end of the Kings most recent game on December 16th against Campus Magnet School-Queens.

OTHER ACTION FROM SATURDAY IN SECTION V BOYS BASKETBALL: