Three of the top four seeds remain in A2

No. 2 seed Batavia meets No. 3 seed Pittsford Sutherland while No. 4 seed Monroe takes on No. 8 seed Aquinas. A spot in Thursday’s Class A2 final is the reward. Here’s the breakdown:

No. 2 seed Batavia vs. No. 3 seed Pittsford Sutherland

What to know: Batavia lost in last year’s A2 final and finished undefeated in Monroe County D-4 this season. The Blue Devils last title came in 1998.

Pittsford Sutherland is looking for its first sectional championship since 2014 – the Knights fourth in five years. 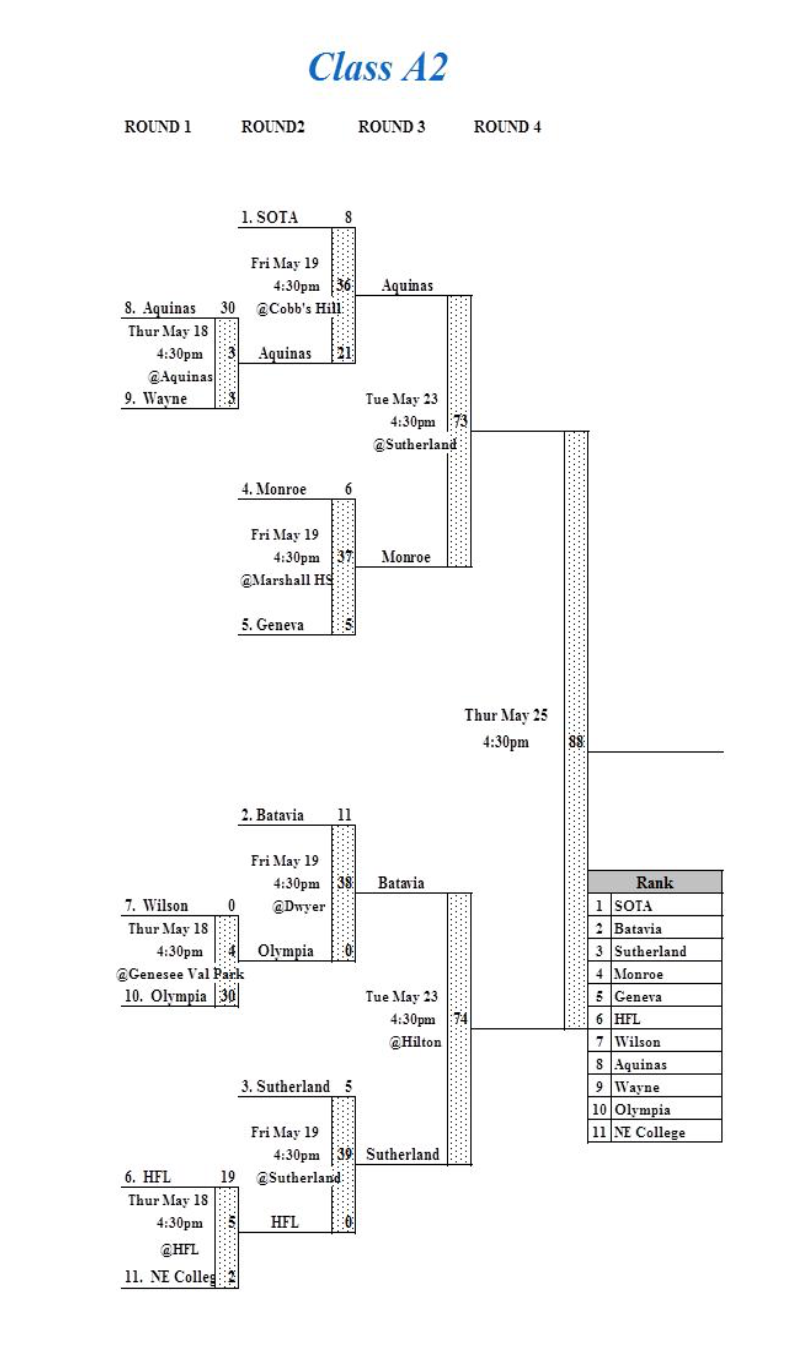 What to know: Monroe has won four straight. The Redjackets are looking to be the second RCAC school to reach a sectional final in as many years. East High reached the Class AA championship game last season -the first city school to get that far since 1980. Monroe last won a sectional title in baseball in 1936.

The reigning A2 champions, Aquinas has won five of seven heading into the semi-finals.