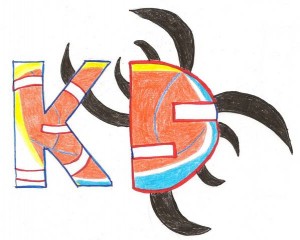 Without Kevin Love, this game was expected to be a night off for one of the league’s best teams in the OKC Thunder. It was anything but as they needed a superhuman performance from their dynamic duo to outlast the T-wolves 115-110 last night.

Simple question for NBA fans: who has the best “Big 2” in the NBA?

Fans of OKC have a strong argument in supporting Kevin Durant and Russell Westbrook over LeBron James/Dwayne Wade, Kobe Bryant/Andrew Bynum, or any other duo out there. The OKC stars combined to score 67.8% of the Thunders points last night on 56.3% shooting from the field and 60% shooting from distance. How many teams can have 80% of their team shoot a combined 30.2% from the field, 6.7% from deep, and total a mere 37 points?

Some would contend that the Thunder have an elite “Big 3”, with James Harden coming off of the bench. But the former Sundevil has been a bit up and down of late, yet the Thunder continue to win. He has shot 50% or worse in 7 of his last 9 games, including a season low 9.1% last night. Don’t get me wrong, “The Beard” is a very solid player and the Thunder wouldn’t be the same without him, but to include him in the same conversation as Durant and Westbrook is over doing it.

One reason to like the Thunder come postseason time is their accuracy from the free throw line. They lead the NBA at 80.3%, and games like Saturday night are won/lost at the line. OKC outscored Minnesota by 6 points from the stripe, despite attempting 2 less. The players who don’t shoot a high percentage for the Thunder are rarely in a position to shoot free throws, while their top 3 scorers rarely miss.

Oklahoma City out rebounds the home team by 7 on the offensive end, a big reason for their 19 point advantage in second chance scoring. Nick Collison came off the bench to lead all players with 6 o-boards.

Some people will argue that depth determines who can make a deep run in the playoffs, but in a star centered league, I’m not so sure. The Timberwolves bench outscored the Thunders bench 54-18, and OKC had more reserves see action. The suddenly balanced Wolves attack saw three players score 20+, with the starters scoring 50.1% of the points.

JJ Barea continues to assert himself as a legitimate starting point guard in this league. The 27 year old handed out double digit assists for the sixth time in nine games. He has done half of that without Love in the offense, and being forced to move into more of a scorers role. He has surpassed his season average in points (10.4) in six of the last eight games, a direct result of his ability to get to the rim. Consider this: without their MVP candidate, the Timberwolves outscored the Thunder by 16 points in the paint.

Next to Durant and Westbrook, the games next highest scoring duo was Anthony Randolph and Michael Beasley. They combined for 48 points on 56.8% shooting in 72 minutes off of the bench. They stepped up in the extended playing time, as they nearly tripled their average point production.

Scoring the ball wasn’t the issue for Minnesota, but they were the only team to play last night that scored 30 points in two separate quarters and lost.